Last week we finally got the potatoes picked. We had the threat of rain to motivate us and I knew I couldn't put off digging potatoes any longer. The vines had died but as long as the ground was dry, I knew the taters wouldn't rot. But once the soil got saturated, it wouldn't be long before we'd lose the crop. So... time to dig.

We planted eight tires of taters last spring. This is what they looked like in August... 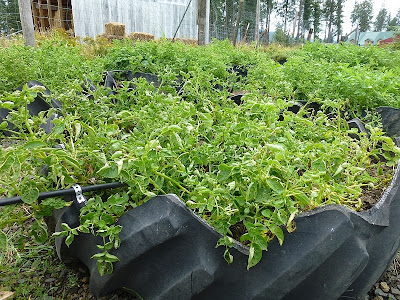 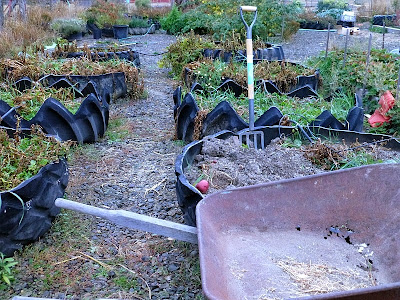 I'd been harvesting the red potatoes little by little as we needed them... 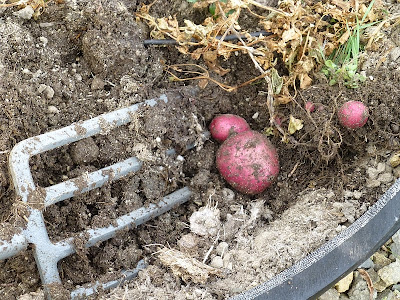 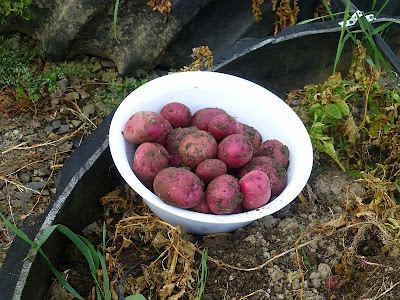 ...so about half the red potatoes from one tire were already gone. Early one morning last week I went out to harvest the rest of the reds. Later I weighed these and they came in at about fifty pounds. 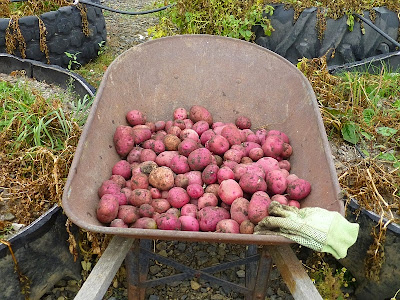 I conscripted Younger Daughter and our friend GG to help dig the Russet potatoes (Older Daughter was at work). 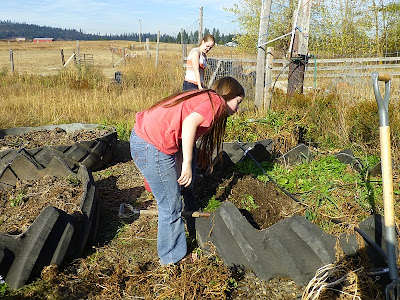 Sizes ranged form tiny (marble-sized) to generous, though of course most were medium-sized. 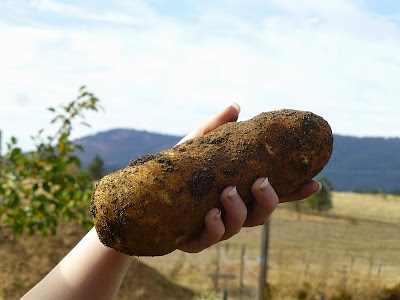 We also found a few comical ones. 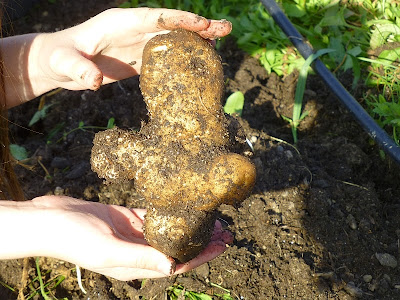 After harvesting half the Russets, we ended up with a full tub. 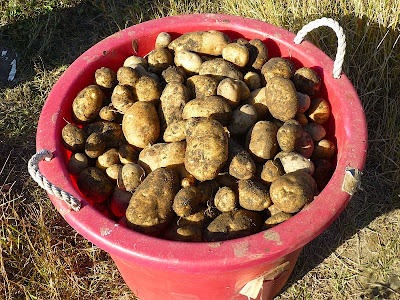 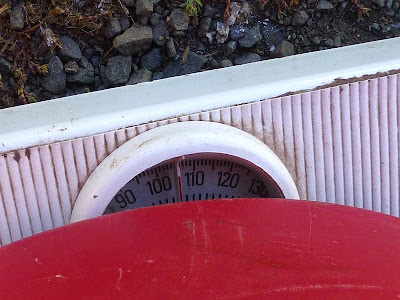 The next day we finished harvesting the beds. Older Daughter (home from work) found it hard not to accidentally stab potatoes with the pitchfork. These damaged ones will get eaten first. 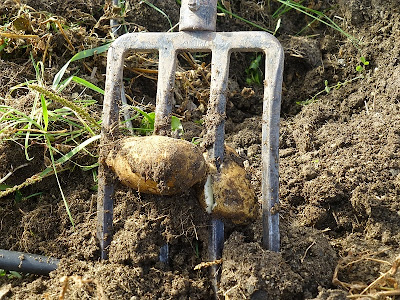 The rest of the harvest didn't quite fill a second tub. 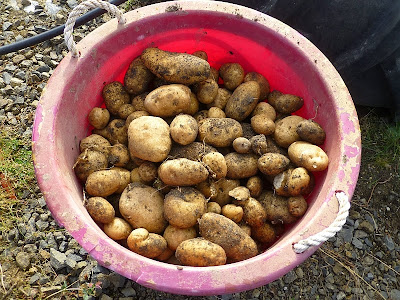 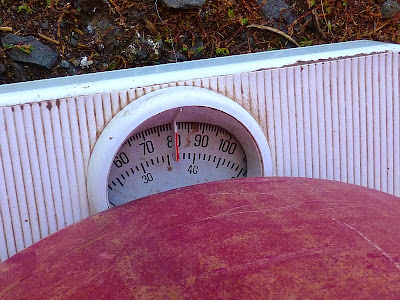 So altogether we harvested about 230 lbs. of potatoes. Combined with what we dug up and consumed right away, I'm going to estimate we got 250 lbs. out of eight tires, or a little over 30 lbs. per tire.

Now we have to find a place to store them!
Posted by Patrice Lewis at 8:55 PM