The situation in Cyprus

Along with much of the western world, my husband and I have been following the banking situation in Cyprus with great concern.

In case you haven’t heard, little tiny Cyprus is in the middle of a great big banking crisis. It’s a complicated situation best summed up in this article. 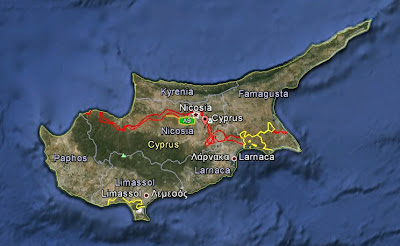 For the last week or so, Cypriots have had their bank assets frozen pending some decisions within the EU about how much of their own money they get to keep. Yes, really. Ordinary everyday citizens are going to have to "donate" some of their savings to bail out the EU. Cypriots immediately descended on every ATM in the country (because the banks were closed) and withdrew every bit of funds they could... which wasn’t much.

When the screams of outrage hit the bankers’ ears, they modified their diktat to say that only rich people would be "donating" their money. Nonetheless until the complicated situation is resolved, banks have been closed for the past week.

Needless to say, citizens are panicked. They can’t access their money. One of the reasons all the banks are closed is because of the very real possibility that everyone will descend on the banks all at once in order to withdraw every last penny. Cypriot banks don’t have liquid cash enough to cover everyone's assets. No bank on the planet does. That’s just a banking fact.

"With banks in Cyprus closed until Tuesday," notes Reuters, "Cypriots have been besieging bank cash machines all week. Faced with an almost certain run on banks when they reopen, parliament also gave the government the power to impose capital controls."

With no money moving around the country, businesses are suffering – notably grocery stores and other critical infrastructure. Stores are insisting on being paid in cash – no credit cards, no checks – and cash is suddenly very scarce. Deliveries aren’t getting made, shelves are going bare. “At the moment, supplies will last another two or three days,” said Adamos Hadijadamou, head of Cyprus's Association of Supermarkets. “We'll have a problem if this is not resolved by next week.” 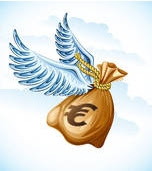 According to this article, yesterday the Cypriot parliament passed a total of nine bills, covering three main elements of the “rescue” plan. What’s most distressing to the average Joe is that pension funds would be nationalized, and no one can make large withdrawals out of Cyprus. There is also a levy being considered that would seize 15% of all deposits over 100,000 euros.

In effect, Cyprus is – abruptly and suddenly – a financial dictatorship. That’s what “capital control” means.” Cypriots are no longer in control of their own money – the government is. Don’t get me wrong, Cyprus banks have dirty hands in this deal, but my biggest concern is for the ordinary everyday Cypriots who are suffering. And what seems to stun the Cyprus population is how fast this all happened.

Obviously, the repercussions throughout Europe are significant. Now no one in Europe can assume their money is secure. Many Europeans are concluding that if it can happen in Cyprus, it can happen anywhere... and they’re withdrawing their money from banks. The ripple effect is powerful and fast. There is a very real possibility of a continental financial meltdown.

How does this affect the United States? Well, if nothing else it’s a big warning shot across the bow and a situation I believe we should take seriously. How do you think American markets will be affected if Europe fails financially? Do you think our own government won’t one day stoop to confiscating our personal assets? There’s been talking about seizing control of 401(k)s and other retirement vehicles – but few (until now) could imagine a bank holiday and confiscated liquid assets here in America.

A concerned reader emailed me about the money confiscation in Cyprus. “May I ask what is your 'take' on that?” she asked. "If indeed money is being confiscated, it's too true that what one country gets away with can go to another country, and another, and another… ad nauseum. I'm just debating about what to discuss with my husband about the (pretty low but it's all we've got) savings account...”

I replied: The situation in Cyprus worries us exceedingly. It illustrates that no one's money is safe if it's not in their physical possession. And of course, fiat currency is always suspect to begin with.

Please understand that I would NEVER presume to advise anyone on their money. I'm not a financial adviser or an economist, and my understanding of these things is limited at best.

What I can do is tell you what WE would do. If we had a savings account (and we don't), we would remove all the cash, close it down, and convert the cash into something tangible like silver. These can be purchased anonymously from coin dealers. We wouldn't pay for the silver with a check, we'd pay in cash, in person. Then we'd take that silver and put it someplace no one knows about but us.

I know someone who is considerably wealthy. About fours years ago [Update: now that I think about it, it was probably five or six years ago], he saw the financial trouble on the horizon. He took his enormous savings and gradually converted everything into gold, silver, and platinum, which are in his physical possession (or, that is, hidden somewhere only he knows). He bought silver when it was $3/ounce, gold when it was in the $300/ounce range. Imagine how much he's worth now! – and no government can confiscate his wealth because they don't know where it is. Pretty smart, IMHO.

We don't have any spare money (most of our income goes to bills) but we're big believes in tangible assets. Fiat currency is NOT tangible. Gardens and cows and canning jars and pressure canners and stored food ARE tangible.

My husband once read a financial article that pointed out how banks and the government do not consider money in the bank to be YOURS. Rather than actually being your property, bank deposits are considered a LOAN to the bank. Banks take deposited money and loan it out or pay off debts or otherwise make use of it. Oh sure, they’re under obligation to give you some when you ask for it; but the reality is you’re loaning money in the bank in exchange for safekeeping and convenience.

The FDIC has something like $33 billion in an account to cover $10 trillion worth of bank deposits. Do you really think your modest $1500 savings account will be first on their list to reimburse if the banks fail or are seized? 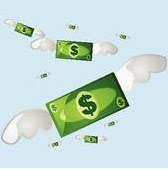 Viewed in this light, savings accounts and retirement accounts can start to look downright scary – insubstantial, insecure, and arbitrary.

It’s for these reasons that we prefer to put any spare cash into tangible assets: improvements to our barn or garden, a new bull, some canning jars… These are items whose value will increase over time in a changed economy.

Just something to think about as we watch the situation in Cyprus unfold.
Posted by Patrice Lewis at 10:38 AM