Swans on the lake

Yesterday while driving past the lake, we saw swans. Lots and lots of swans. 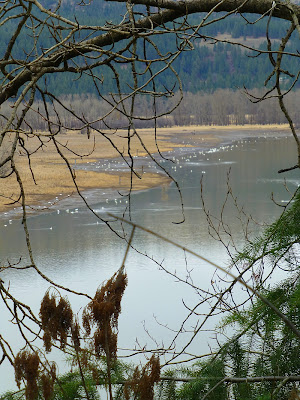 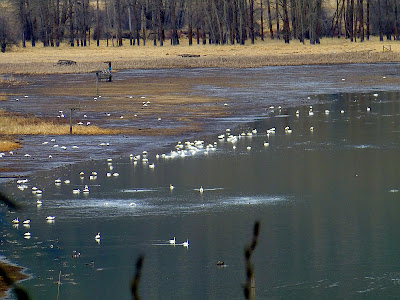 While a few were on the water... 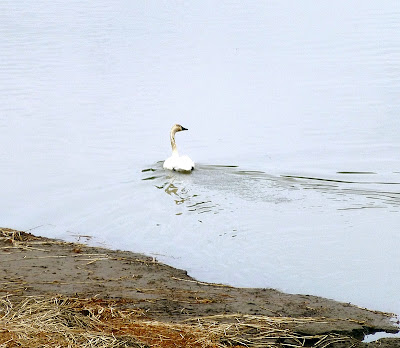 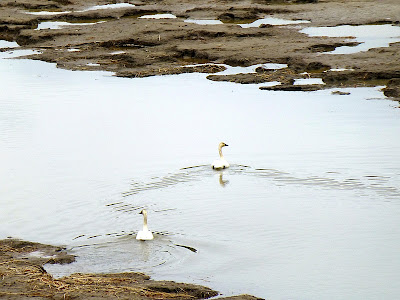 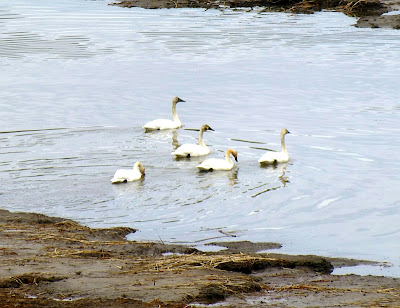 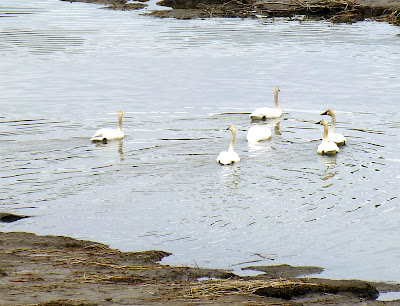 ...most of them were on the mud flats in the marshy areas. 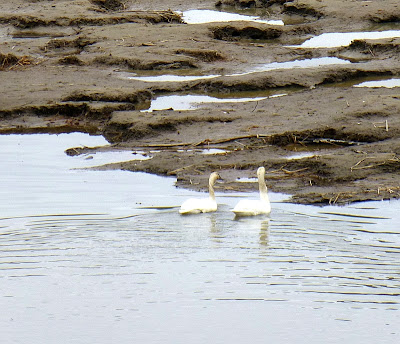 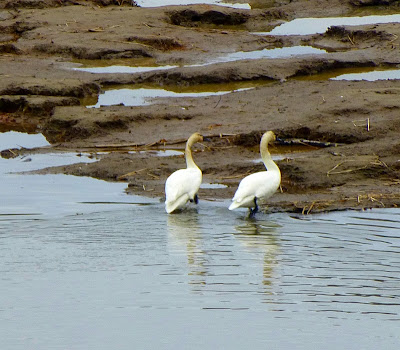 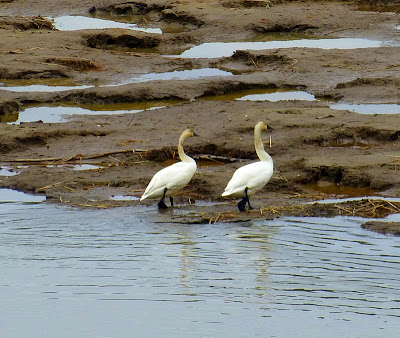 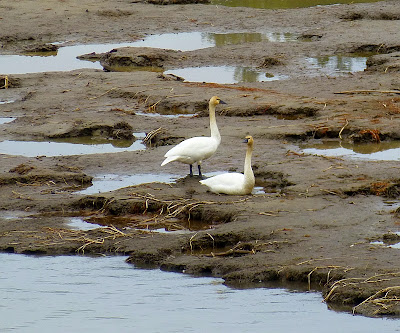 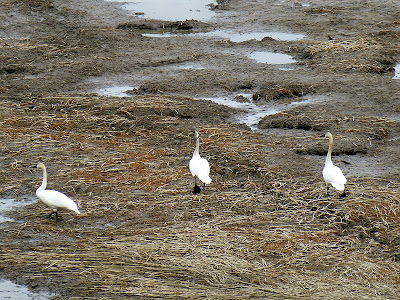 It soon became apparent that this is mating season. We saw a lot of birds with outstretched wings, engaged in courtship rituals. 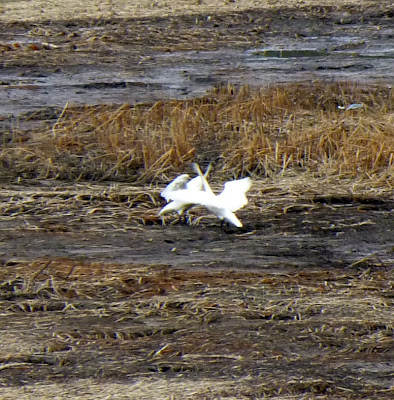 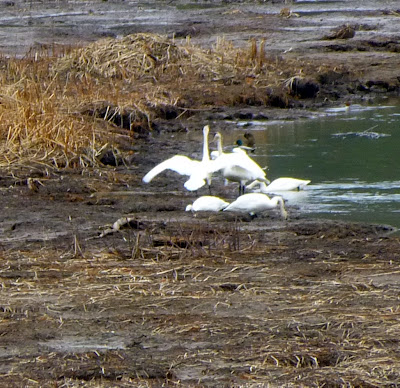 These are Tundra swans, a very common breed. Just how common became magnificently apparent when I drove further along the lake and came to another marshy area with literally hundreds -- possibly over a thousand -- swans. Unfortunately there was vegetation in the way that didn't permit me to take a photo showing all the birds, but it was astounding. And noisy. 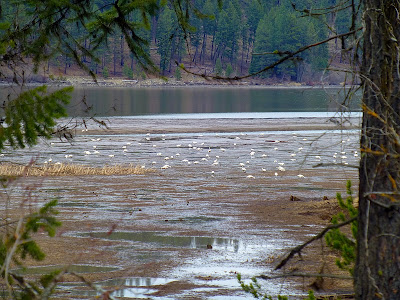 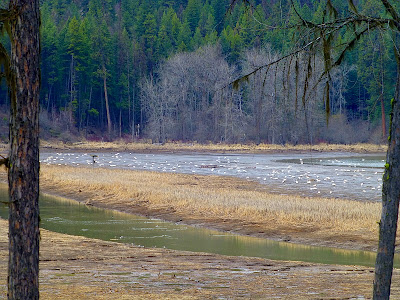 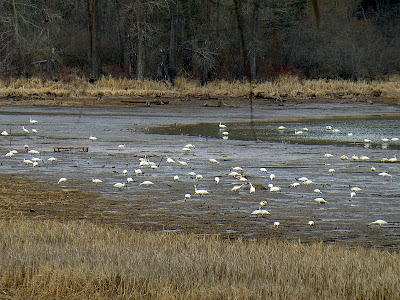 Swans on the lake. It must be spring.
Posted by Patrice Lewis at 7:19 AM