I had a thrilling experience this morning. I had the opportunity to do a phone interview with one of my lifelong heroes, the esteemed Dr. Jane Goodall.

Dr. Goodall, who conducted pioneering research on chimpanzee behavior in Tanzania starting in 1960, was quite literally the reason I became a field biologist in my younger days. I cannot begin to describe the impact this woman has had on my life.

Several weeks ago a neighbor, knowing my deep admiration, informed me that Dr. Goodall would be speaking at Gonzaga University in Spokane on April 9. In the spirit of "It never hurts to ask," I immediately called the university and asked if Dr. Goodall was granting interviews. 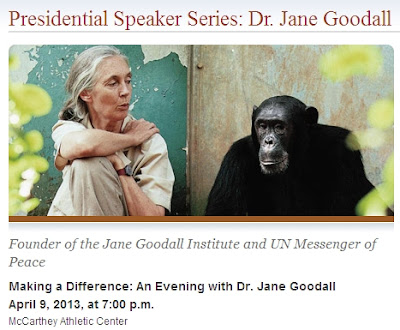 I was put in touch with the Director of Community and Public Relations, a kindly woman named Mary Joan H., who said she would add me to the list of interested press. At that point she wasn't certain whether Dr. Goodall's tight schedule would permit any time for interviews.

Yesterday while I was out threshing wheat, Don came trotting outside with a notepad in hand. "Drop what you're doing right now," he announced with a grin, "and call back a lady named Mary Joan about an interview with Jane Goodall."

I squeaked in excitement, dropped the flail, and dashed for the house. Ms. H. said that Dr. Goodall wasn't available to do one-on-one interviews, but would I be interested in participating in a conference call interview tomorrow morning? You bet! Dr. Goodall was still back east somewhere, and the call was to take place at 8 am our time.

I was faced with the problem of how to record the interview, since I wanted to base some future articles and columns on it. Don, clever fellow that he is, learned that our cell phones have a recording function. We tested it with a sample call, which was recorded in perfect clarity. Phew!

So this morning, heart a-flutter, I gathered my prepared interview questions and called into the conference number. On the phone with me (besides Ms. H.) were three other representatives from the media -- a radio station, a newspaper, and a regional magazine, all from Spokane. I was the only freelance writer in the group, and was later told by Ms. H that it was my enthusiasm that prompted her to select me to participate. I cannot even begin to express my gratitude.

We had a fifteen minute delay in connecting with Dr. Goodall's representative because of a misunderstanding (she thought we were calling her; we thought she was calling us). Once this was cleared up, there was a momentary delay, and then the gentle British tones of my favorite scientist in the whole world was on the other end of the line.

Ms. H. briefly introduced us and then invited the participants to ask their questions round-robin fashion. When it was my turn, I couldn't resist a little bit of history. I told her, "It was because of your influence in the late 1970s that I became a field biologist myself, and I worked throughout my 20s and 30s in the field before retiring to stay home with my kids. Some of my most prized possessions are the two letters I have from you dated 1979 and 1980, and the book you signed for me in 1980 when I saw you at a lecture. So first and foremost I must thank you for offering hope and direction to a passionate teenager who, thirty-five years ago, wanted nothing more than to spend her life among animals, which in fact I have done. It’s a pleasure to be able to thank you in person." 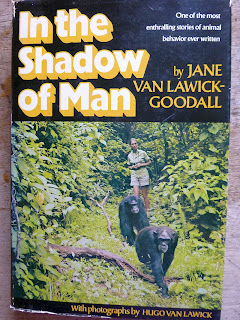 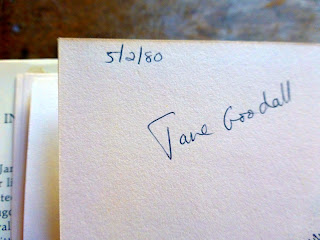 [I had this all written out in advance, of course. Do you think I could have been anywhere near that clear or eloquent otherwise? Not with my heart in my throat.]

Dr. Goodall was patient and kindly and extremely intelligent in her answers to all our questions. Half an hour barely scratched the surface -- we all had many more questions we could have asked -- but her time was limited and she doubtless had other interviews scheduled right after ours.

I hung up the phone in a glow of hero-worship. My kids have been chuckling at me all day, watching their mom react as if Dr. Goodall was the most coveted of movie stars. 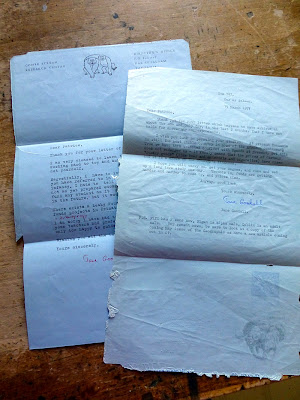 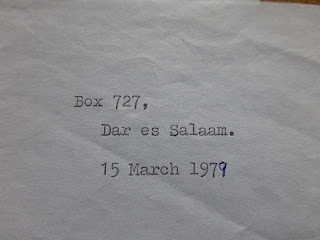 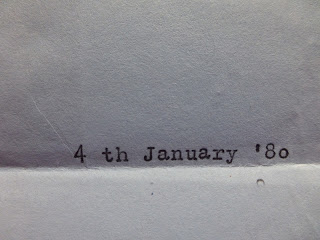 Over the next few weeks I intend to write a number of articles and columns based on this interview. I'm thankful it's recorded so I can document every word Dr. Goodall said.

It would have been delightful to interview Dr. Goodall in person, but this was the next best thing. Wow.
Posted by Patrice Lewis at 6:08 PM