Early to bed, early to rise...

When I was in high school, I distinctly remember setting my alarm clock for 6 am so I had an hour to read in bed before getting ready for school. During summer vacations, I would often get up around 5 am just ... because.

Interestingly, in the summers when our schedule was flexible, I would often wake up just as my younger brother was going to bed. (To say he's a night owl barely hints at the degree of his nocturnal preference.)

You see, I'm a morning person. 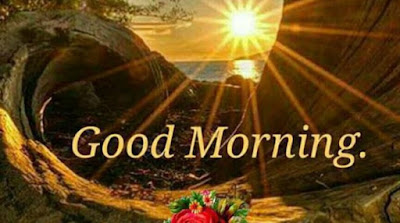 When our girls were babies and toddlers, early mornings were my time. It was the only chance I had to get some writing done, drink a quiet cup of tea, and not have tiny children demanding my attention. When the girls grew out of that stage, my early morning "my time" continued -- a necessary compromise in a household where all work is done at home and everyone is together 24/7. We all need our "alone" time. Since Don is a natural night owl (though not quite as bad as my younger brother), he gets his "alone" time after I go to bed. 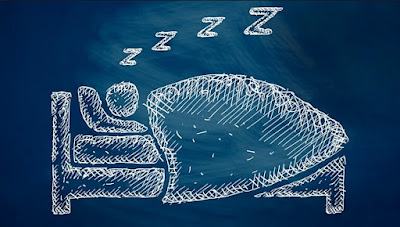 Now that our girls are grown and gone, my early bird habits continue. It's not unusual for me to pop out of bed at 4 am or even earlier. Just don't ask me to stay awake beyond 9 pm or I turn into a zombie. 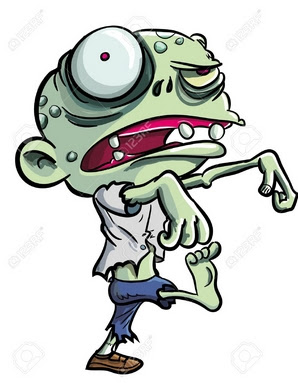 Which is why I found this article so interesting: "Waking up early can make you healthier and wealthier — yet 95 percent of Americans hate mornings."

"A whopping 95 percent of Americans hate mornings, according to a new Ipsos survey commissioned by the Sargento cheese company," starts the article. "And 43 percent of people 'despise' the sound of their alarm clock, while 39 percent identify as 'slow risers' who need to ease into their day."

In a society that requires most people to show up for work at 8 or 9 am (or earlier), the night owls have it tough. On the other hand, I've had jobs where I worked nights, and that's just as tough (if not tougher, I like to think). That's one of the blessings Don and I have cultivated over our married life -- working from home allows us to set our own hours and work when we're freshest and most awake. It's also handy during winter when Don can stoke the woodstove before going to bed and I can stoke it when I get up, so the house stays cozy.

One preference (early bird vs. night owl) is not inherently superior to the other, despite the old proverbs about who gets the worm. As long as the work gets done, who cares when it's accomplished? However the characteristic does appear to be genetic.

Unfortunately for the night owls, most sleep-cycle advice articles tend to focus on how they can reprogram their internal clocks, something early birds are usually spared (no one calls us lazy if we go to bed at 9 pm). 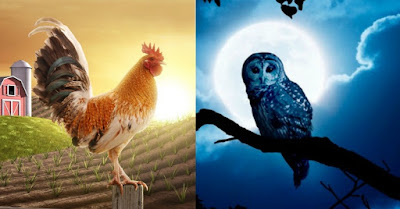 So I guess the bottom line is Vive la différence. I'm glad there are night owls to work graveyard shifts when the early birds are in bed.
Posted by Patrice Lewis at 6:05 AM