We are having the weirdest winter so far. It's been so mild that there are times it seems like April in January.

This is our pasture on January 14, for example: 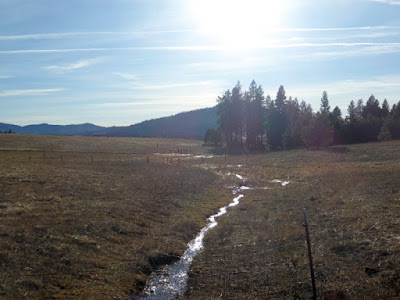 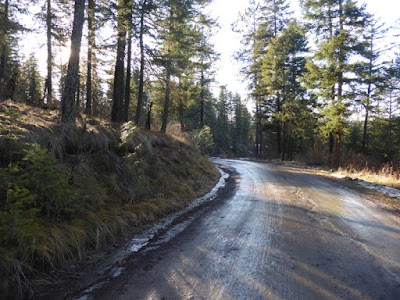 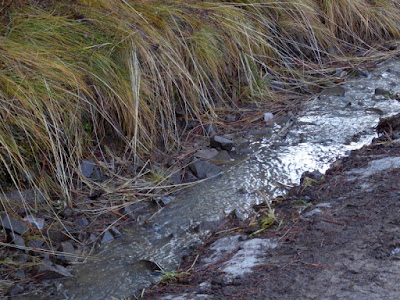 Across the canyon, an ephemeral creek roared as it rushed downhill: 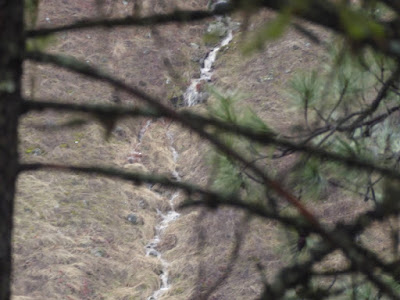 The view across the canyon. 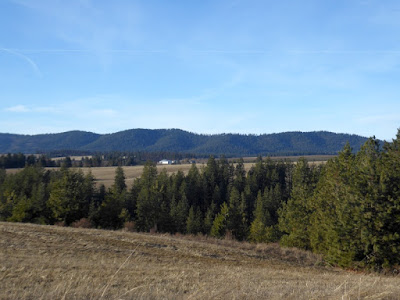 The cows take every opportunity to soak up the sunshine. It hasn't been unusual for temps to hover in the low 40s during the day. 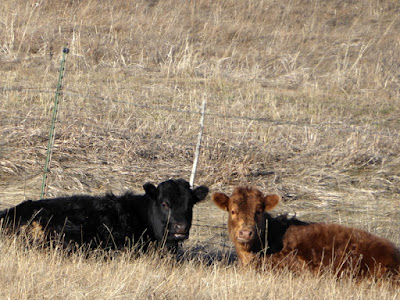 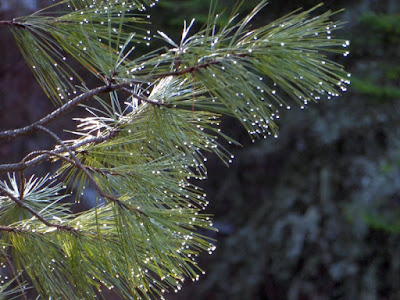 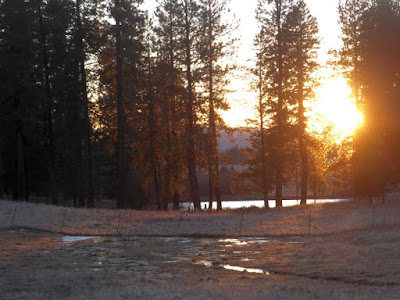 The chickadees and nuthatches are everywhere, so we even have birdsong. 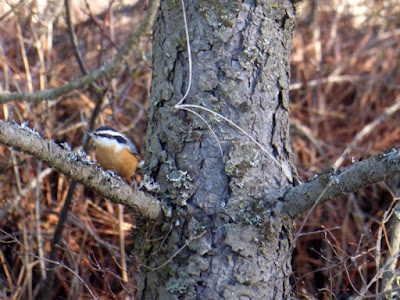 Sometimes the temp drops below freezing. Here's some roadside puddles with an interesting ice formation. 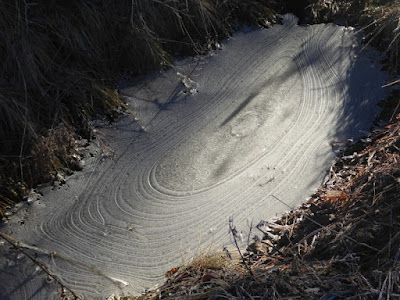 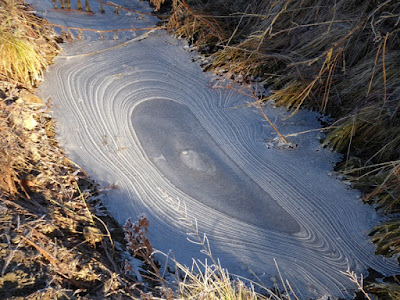 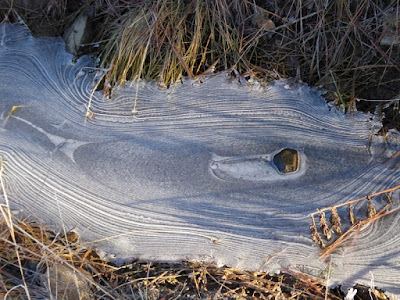 And sometimes we'll get hoarfrost that only melts off on the sunny side during the course of a day. 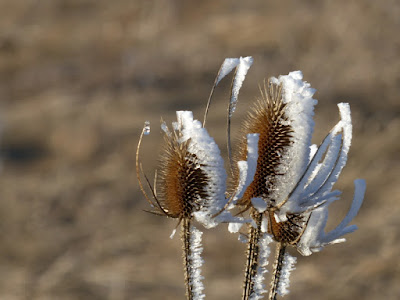 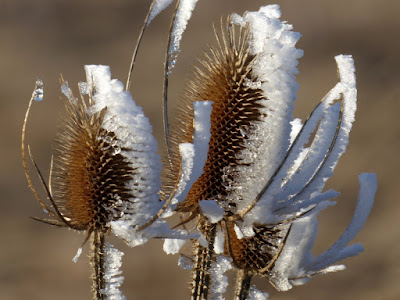 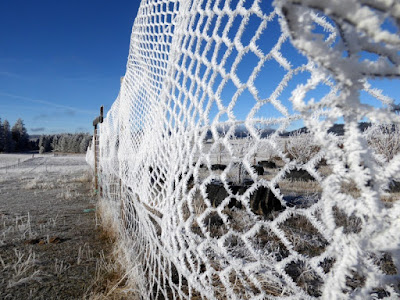 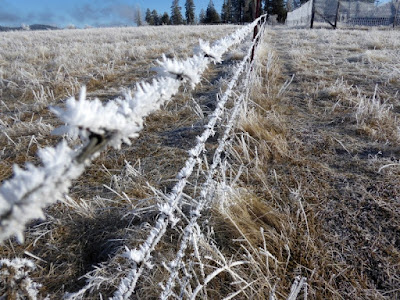 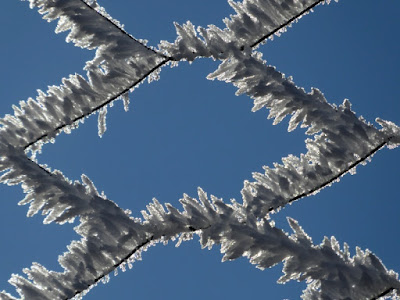 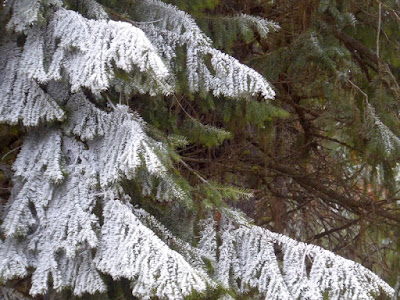 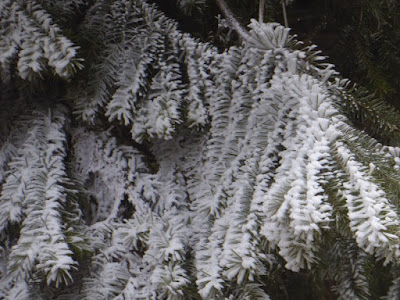 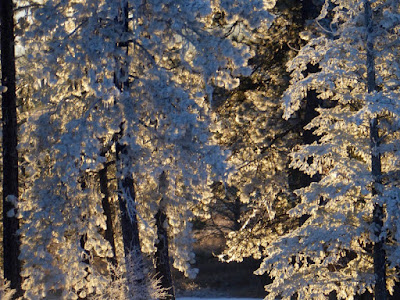 But I tell ya, does this look like January? 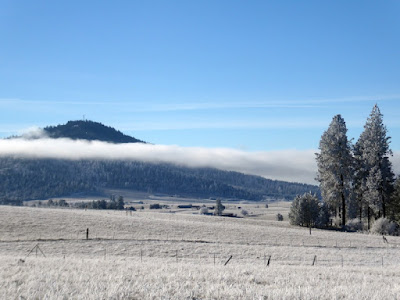 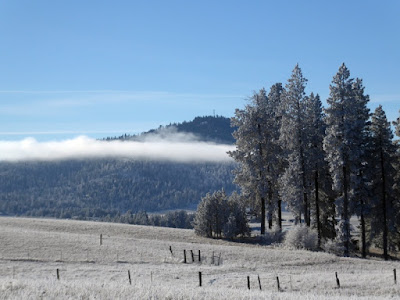 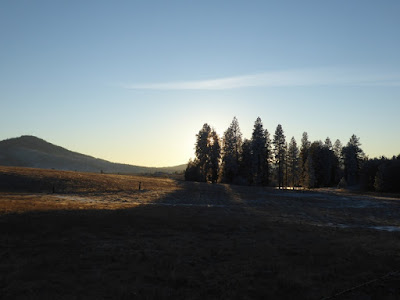 Now granted, we've gotten some snow. Just not a lot, and it doesn't last. 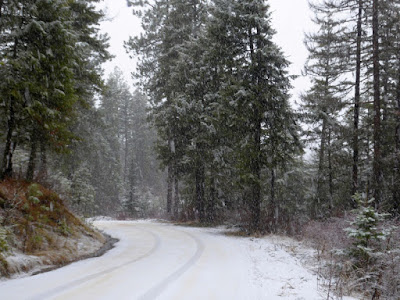 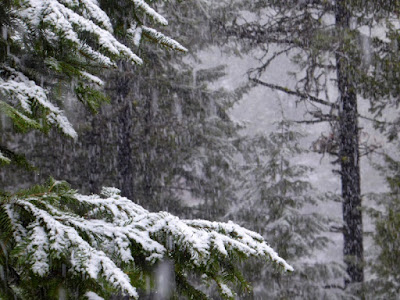 Chicken tracks. Looks like the writing from Dinotopia, doesn't it? 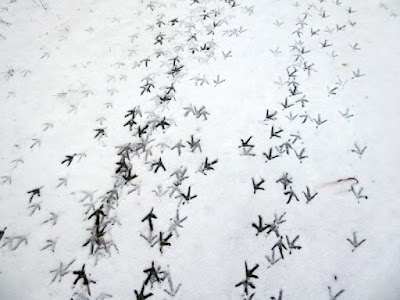 At last Friday's neighborhood potluck, I overheard several women express longing to start working in their garden. In January!

The extended forecast calls for a little rain and possibly some snow later in the week, but nothing dramatic. 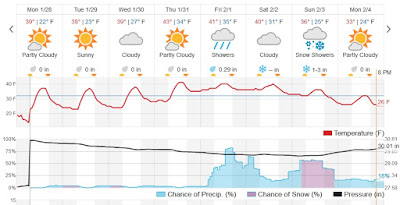 All this can change, of course. I recall times we've had an entire winter's worth of weather in a week. But for now, the unusual winter continues. 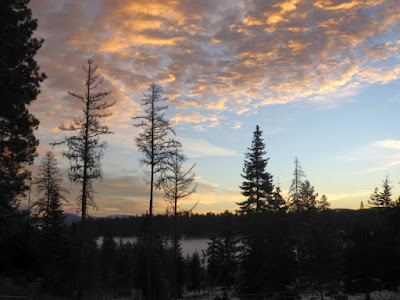 I guess we have no complaints.
Posted by Patrice Lewis at 6:51 AM