So how was YOUR eclipse?

Along with the rest of the country, we looked forward to viewing yesterday's solar eclipse. Here in the north Idaho panhandle, we "only" had 92 percent coverage to anticipate.

Which is actually fine, considering the traffic jams and crazy parties that were taking place along the path of totality. 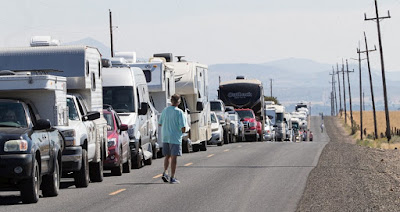 I had ordered a 10-pack of solar eclipse glasses which, unsurprisingly, did not arrive until yesterday morning, minutes before the eclipse. I called our local post office, and the postmistress said they had arrived, so Younger Daughter and I made a dash into town just as the eclipse started. We peeled off one pair of glasses so the postal workers could watch the phenomenon, then headed home, stopping at three locations to distribute glasses to neighbors -- a pair here and a couple of pairs there. 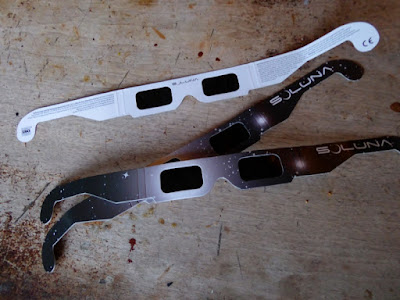 Then we got home and commenced watching the spectacle ourselves.

It's a good thing the eclipse glasses arrived when they did, because my optimistic hope that my little pocket camera could handle photographing a solar eclipse was entirely incorrect. 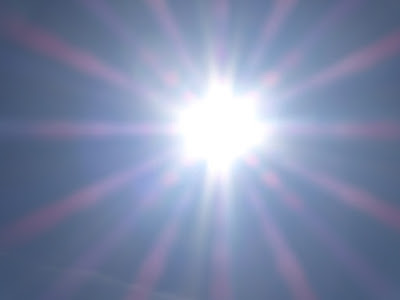 However by covering the camera lens with the solar glasses, I could photographic it quite well. 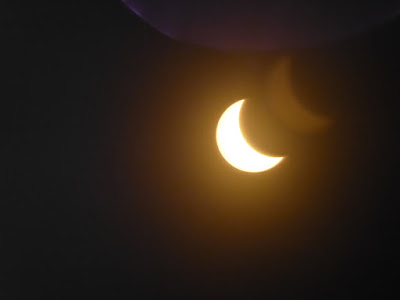 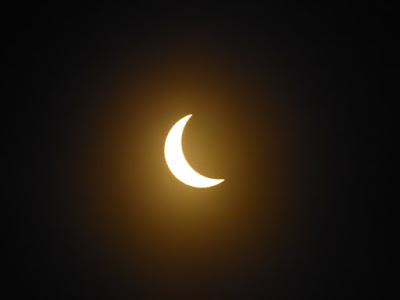 We were watching the chickens to see what they would do since we'd heard stories that chickens would go to roost during an eclipse, mistakenly thinking it was nighttime. As it turns out, they chickens did nothing different, because it didn't get dark. 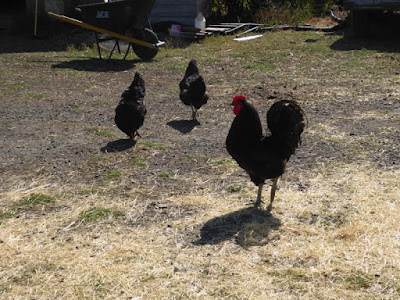 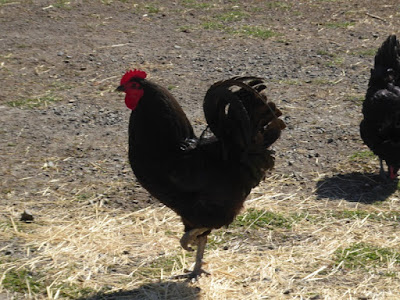 At the peak of cover, the air did turn sickly dim, however. I tried to photograph it, but how do you photograph sickly dim air? As Younger Daughter put it, it gave us a feeling of unease, of something not quite right. Shadows were still as sharp, but dimmer. Dim shadows are just plain weird. 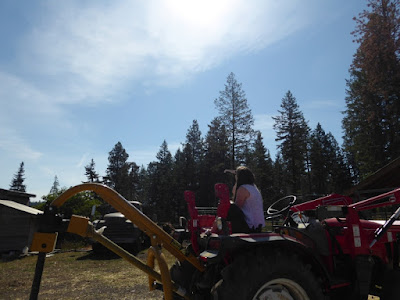 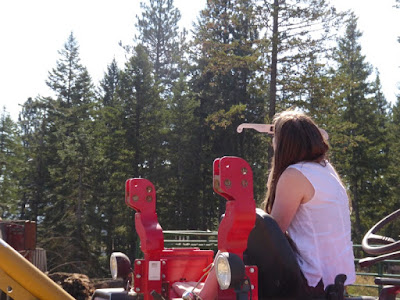 We also noticed birds had gone utterly silent. So did the crickets. The unnatural silence contributed to that vague uneasiness we felt. 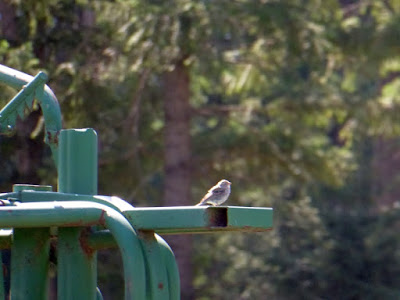 Temperatures also dropped by about ten degrees. At peak coverage, the temp was 61F. 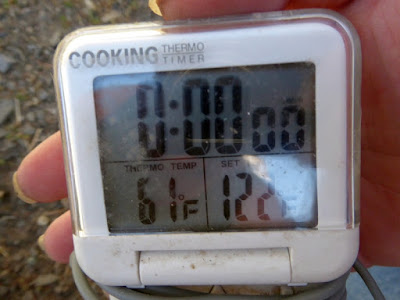 Afterward, the temp popped up to 71F. 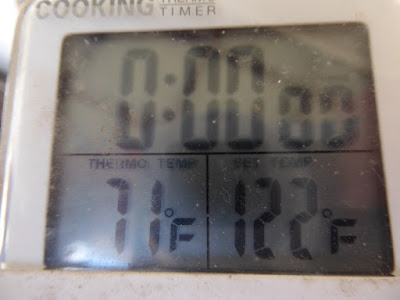 (We couldn't use our wall thermometer during the eclipse since it gets the morning sun and isn't accurate during this time.) 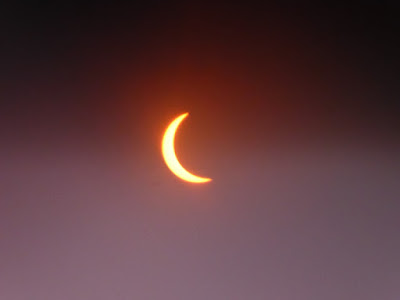 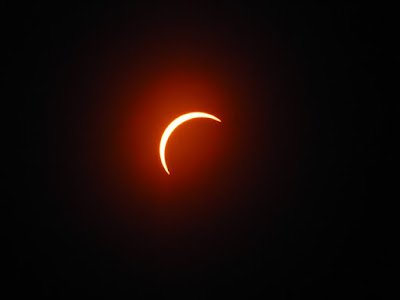 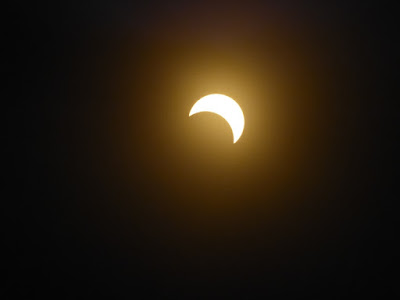 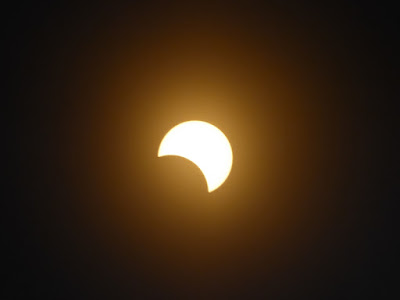 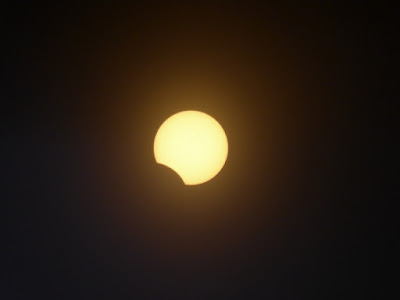 Our experience wasn't nearly as dramatic as those in the path of totality, but it was still pretty nifty. 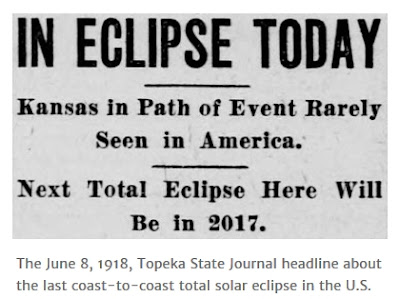 So how was your eclipse?

Posted by Patrice Lewis at 6:56 AM