I grew up using maps to navigate my way around. Back in those dark ages, of course, there was no other alternative (except to stop at a gas station and ask directions). As a result, people of my generation have the ability to carry a map in their head, so to speak. If they need to find an urban landmark, they find it on the map, take note of important cross-streets or other particulars, and -- using the visual in their brain -- drive to their destination. 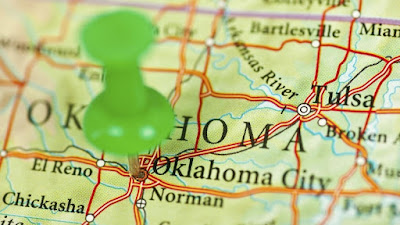 That was then, this is now.

GPS has changed all that. Maps are becoming so scarce that when I needed to find a fresh map of Spokane to replace the one we had (it was literally falling to pieces), I had to go to several different stores (forget about gas stations!) to find one. In some places, employees just shrugged and explained there was no call for maps anymore, so they no longer carried them. 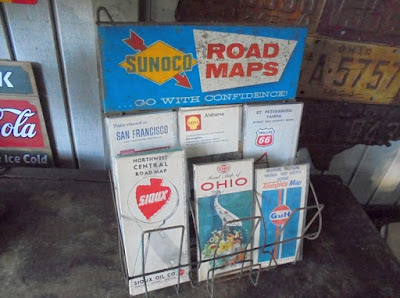 Which is why, when my husband spotted an article in the latest issue of Popular Mechanics (motto: "Your 'complimentary' subscription will never cease! Bwahahahaha!'), I thought he was joking: "The no-GPS road trip: An interstate journey into self-reliance."

It seems a brave pioneer decided to do something daring and adventurous: to take a trip with just -- just! -- a road map. No GPS, no Google, no electronic aids of any sort.

Why did he decide to do something so counter-intuitive, so anachronistic, so -- so primitive? Well, the author admitted the major downfall of GPS: There is "an atrophying sense of direction and inability get anywhere without a digital Sherpa."

The author embarked on a city-to-city trip, but mistakenly believed it was possible to navigate a densely urban area while using a state map. So he decided to stop and pick up a city map, and found the same issue I had: no one carries them any more.

More frustrations arose on his trip when it came to restaurants. His decision about where to stop for food had to be entirely based on whatever billboards, road signs, or other visual information he passed. But he did discover a happy side-benefit: Whenever he stopped to ask directions, people were happy -- delighted -- to be of assistance.

When he successfully concluded his trip, he felt proud of his accomplishment. "I reactivated the inner compass that once guided me," he noted in the article. "It wasn't infallible, not accurate to three meters, but it was useful, like knowing how to do division on the back of an envelope even though your phone has a calculator." 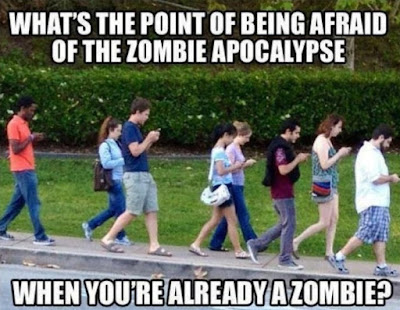 I don't have a smart phone, and I hope I never do. This article illustrates, in part, why. Smart phones do NOT make people smarter.

And young people may never develop the ability to visualize a map in their heads. Sad.
Posted by Patrice Lewis at 8:25 AM