When insults had class

When I was in college, I met a young nun who had a wicked sense of humor. One day she handed me a business card she liked to keep on hand. The card was plain white with elegant black script stating: "You are cordially invited to the theological place of eternal punishment."

Tact, we are told, is the ability to tell someone to go to the "theological place of eternal punishment" in such a way that they look forward to the trip.

In a society where four-letter words are routinely used to describe everything from groceries to clothing -- in others, used so often they no longer shock -- it takes class to insult someone without reducing their vocabulary to the gutter.

Don is fond of a clip from a 1973 film called "Brothers O'Toole" in which the indomitable John Astin accidentally wins a "spittin', belchin' and cussin' contest" by embarking on an epic tirade -- all without resorting to gutter language:

The king of no-swear insults is, of course, Shakespeare. Consider some of these beauties: 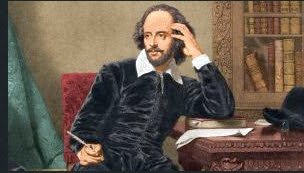 Anyway, this is all a lead-up to a humorous email I received from a reader on "really great insults" in which he noted: "I think we do not hear any of this quality anymore because those that deserve to be thus insulted do not have the intellect and class to comprehend the meaning, after all of those years of government schooling."

So without further ado, here's a list called "When Insults Had Class":
Just something to make you all smile on this late summer day. Feel free to pitch in your favorite clean insults.
Posted by Patrice Lewis at 12:51 PM