A quarrel of magpies

I'm sure you've heard some of the more unusual animal group names. Besides the common "a pride of lions" or "a school of fish," there are such comical ones as "a congress of baboons" and "a parliament of owls."

Well, magpies, as it turns out, have their own group names: a tiding, gulp, murder or charm. To this, I would like to add one more: a quarrel. A quarrel of magpies. 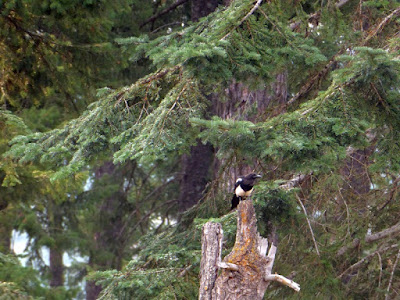 Magpies are showy, quarrelsome members of the crow family with long dramatic tales and the typical jay personality. I used to have a more tolerant view on them until I realized their rapacious appetite. To watch magpies raid a bird's nest way up in a tree and be helpless to save the babies is heartrending. We've seen baby bluebirds and robins get eaten alive by magpies. They're also insatiable egg-stealers and have no compunction about going right into the chicken coop to peck open eggs.

So my appreciation and tolerance for magpies -- much as I still admire their showy looks -- has dimmed.

Every so often we get "quarrels" of magpies that descend on us en masse, presumably looking for nests to raid. At this time anywhere from ten to twenty birds will flap around, filling the air with raspy calls and sending the chickens into alarm mode. 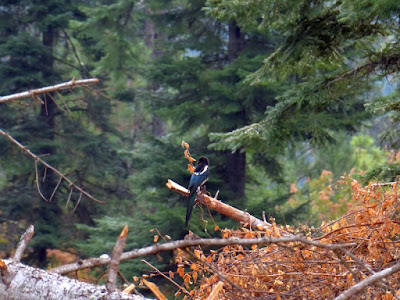 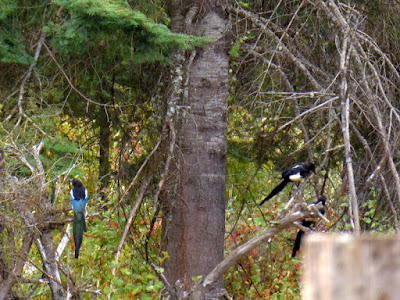 It's the weirdest thing. From rural quiet, all of a sudden we'll be surrounded by rasping, squawking magpies. 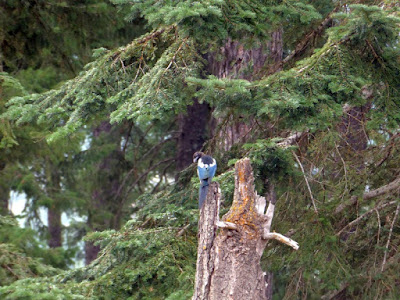 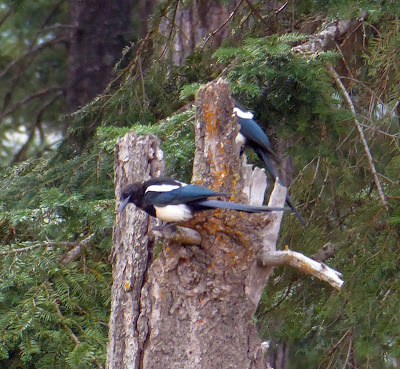 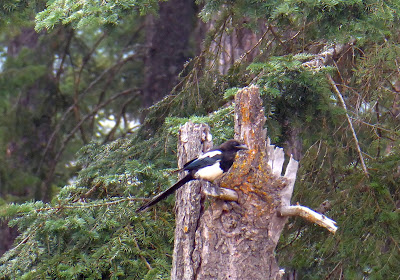 Then, just as abruptly, they depart, leaving peace and quiet behind them. Go figure. 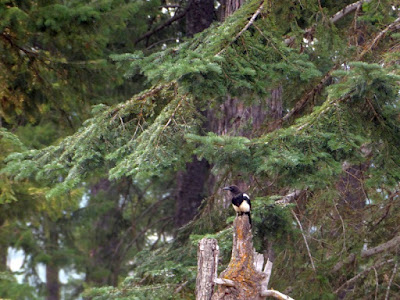 Yep, a quarrel of magpies. That's my contribution to the English language.

Posted by Patrice Lewis at 6:51 AM