Sorry for the silence over the last week -- it's been very busy for us!

Last Friday, I rented a car and took myself down to Prosser, Washington for the small but excellent Northwest Preparedness Expo.

I left a bit earlier than I otherwise needed to because I wanted to see something I've always wanted to see: Steptoe Butte. 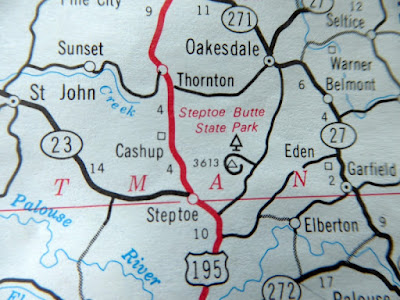 Wikipedia rather clinically defines this landmark as "a quartzite island jutting out of the silty loess of the Palouse hills," but in fact it's the highest point for miles around overlooking the beautiful rolling hills of the region. Just about every magnificent panoramic shot of the Palouse you've ever seen was taken from the top of Steptoe Butte, including many works by my favorite regional artist, Andy Sewell.

The day was cloudy and grim. Steptoe Butte isn't much to see from below... 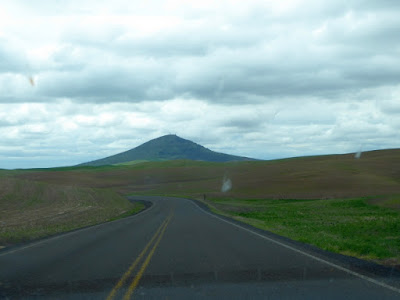 ...but the views from the top were unspeakably spectacular. No wonder it's a state park. 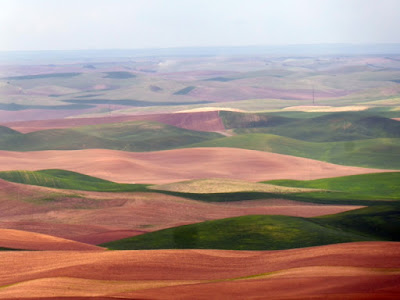 I'll do a more comprehensive blog post on Steptoe Butte in the future. I want to go back when more fields have been planted and the weather is better. Besides, I had to hit the road for Prosser.

The drive down was uneventful until a few miles outside the Tri-Cities. Suddenly I hit a wall of traffic, which -- despite it being 4:30 pm on a Friday afternoon -- took me totally but surprise. It's been a long time since I've been in a traffic jam. It stretched for miles. 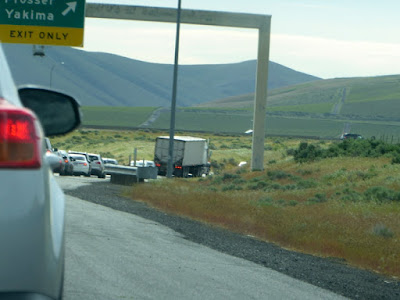 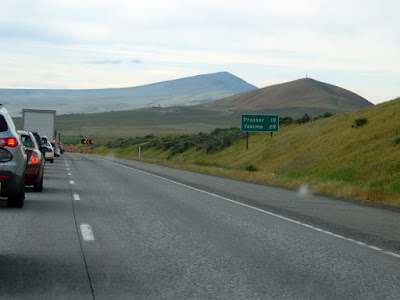 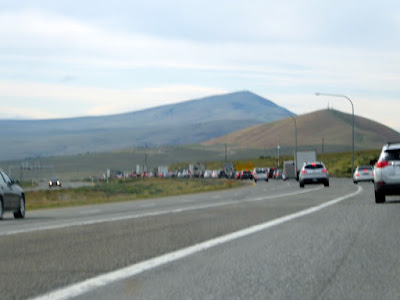 At one point, bored out of my gourd, I took a photo of my speedometer. 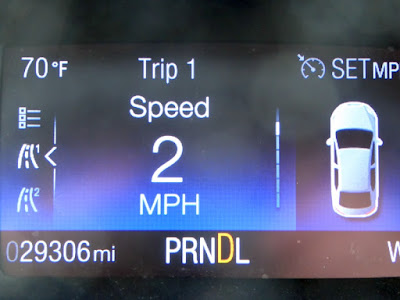 Repaving crews were the culprits, as it turned out. 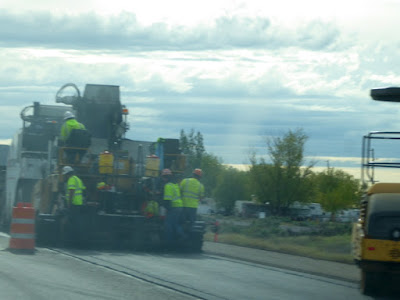 I finally arrived an hour late at the expo site, checked in, had dinner with the rest of the group who was putting it on (late, since the caterers also got caught in the traffic jam), then headed out. Just as I left, the setting sun broke through the clouds and illuminated the treeless hills across the valley. Magnificent. 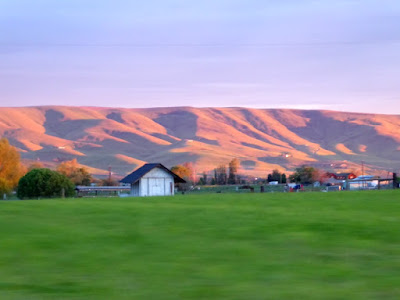 The next day was chilly but sunny (actually, the coolness was in welcome contrast to last year's roasting temperatures). The expo is held on a large private farm. This barn hosted some of the speakers... 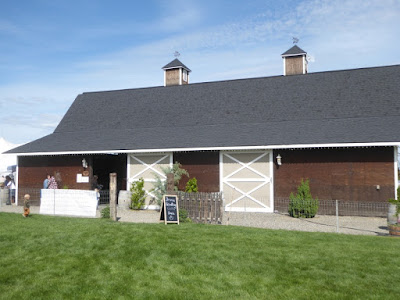 ...and this "big top" tent housed the vendors. 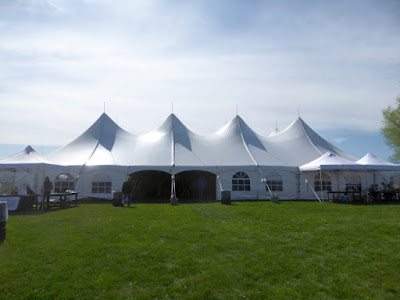 It was a day with many speakers. I was able to attend a few workshops and visit some vendors. I love attending these types of events because everyone is so like-minded. 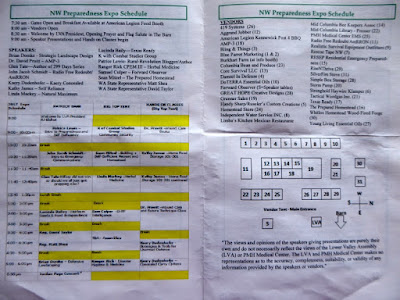 At the end of the day I returned to the farm of the charming family who was putting me up. I loved watching their critters. 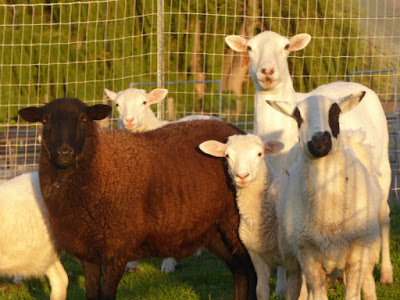 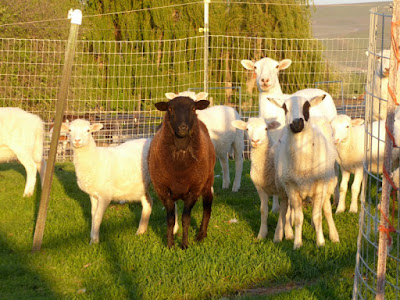 We stayed up talking until midnight, long past my bedtime. The next morning I hit the road early, since I had to return the rental car by noon. 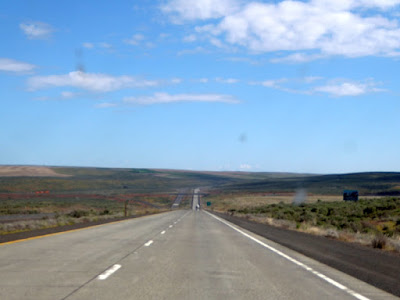 If anyone has a chance to attend a preparedness expo, I highly recommend it. They're invariably informative and useful events to learn a lot about the subject.
Posted by Patrice Lewis at 12:11 PM