Last spring, I didn't plant any potatoes in our garden. Why? Because I had so many volunteers coming up that I figured I'd devote the beds I might otherwise have used for potatoes to other plants instead.

Volunteer plants, as you doubtless know, are plants which grow spontaneously from seed left from the previous fall. Last year, when I dug potatoes, I'm sure some of the little marble-sized tubers got left behind as not worth bothering with. It is evidently these little rejects which grew all over the place.

Here's a big lush potato plant among the onions. 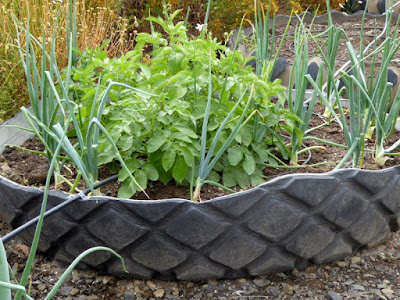 I also had potatoes among the cayenne peppers, broccoli, Brussels sprouts, carrots, etc.

I had no idea how these volunteers would produce, of course, but as summer waned into fall and I started digging up the results, I made a rather astonishing discovery: the potatoes were beautiful. The average size was much bigger than last year's harvest (which, admittedly, I planted late). 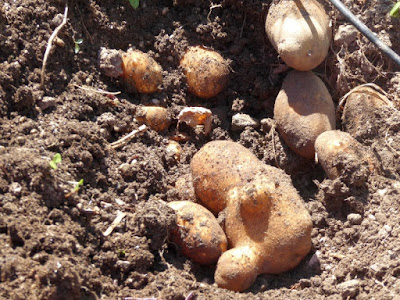 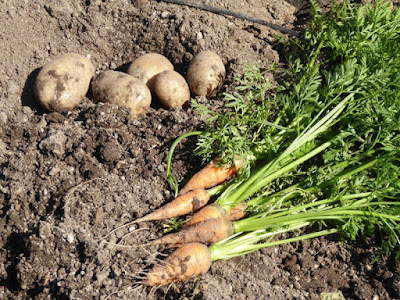 This got me wondering: why would the volunteer potatoes be so large, but the "properly" planted potatoes be small-to-medium? What made the difference? 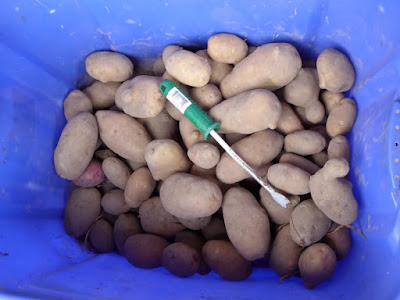 The only thing I could think of is the volunteer potatoes overwintered in the ground. Around here, people are urged to plant potatoes early, April or May (depending on weather and snowpack), but so far as I know, no one recommends planting potatoes in the fall.

So, being the experimental person that I am, I decided to plant potatoes in the fall and see what happens.

I selected a bunch of small tubers, since presumably these are similar in size to what got left behind last year. (The scale is hard to tell in this photo, but the biggest ones are perhaps three inches across and the smallest ones are about the size of a large marble.) 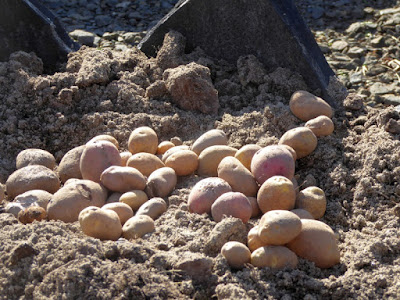 I cleaned out eight beds... 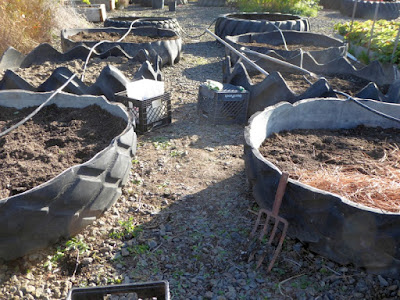 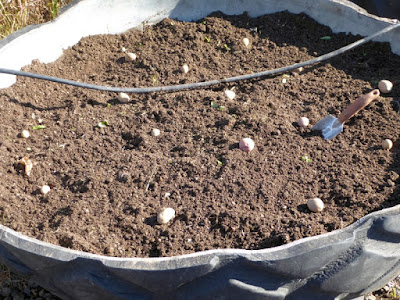 Then I mulched each bed with pine needle mulch. 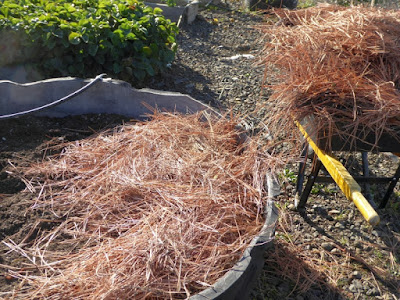 Will this experiment work? I don't know; but if it fails, it's no big deal. I'm only out a few small potatoes and a little bit of effort. 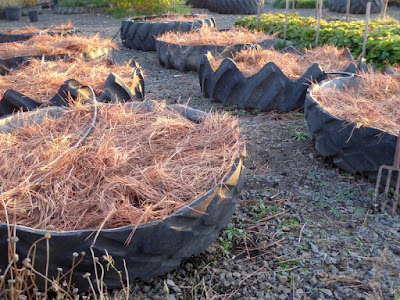 But if it does work, well by golly we'll have found out something new. And that's kind of the fun part about gardening, don't you think?
Posted by Patrice Lewis at 8:32 AM