A few weeks ago, our phone rang in the middle of the night.

We don't have an extension upstairs in our bedroom, so I gradually came awake to hear the shrill sound at the last ring before the answering machine picked up.

"Was that the phone?" I mumbled sleepily to Don.

He agreed it was, and we both lay there awake but not quite coherent. I'm sure you're aware of the heart-clutching fear that accompanies a middle-of-the-night phone call. We have family scattered across three states. Was someone sick or hurt?

Finally Don got up and went downstairs to check the caller's phone number (there was no message on the answering machine). It was an unknown jumble of numbers, so he came back upstairs to bed.

Two hours later, the phone rang again. This jerked us both awake, and this time I went downstairs. Same jumbled phone number.

In the morning, Don back-tracked the phone number and determined it originated from Scotland. Since we have no friends or family in Scotland, we determined it was simply a wrong number.

Well, having gotten our number, the middle-of-the-night calls continued. The next night we were woken up three times. Every night we had at least two and sometimes three calls. It got to the point where we started unplugging our phone at night -- which isn't a good idea since, of course, we have we have family scattered across three states and want people to be able to reach us if something is wrong. 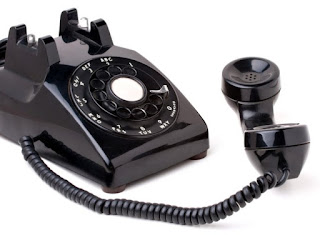 After about a week of this, I was up early one morning (as I usually am) and had already plugged the phone back in -- when it rang, around 4:30 a.m.

By this point I was totally ticked off and ready to do battle.

"Hello," said a man with a very thick Indian accent. "This is Martin with technical support..." The sounds of a massive call center could be heard in the background. 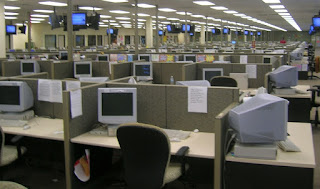 "This is Martin," he reiterated, confused by my question. "M-A-R-T-I-N. Martin."

Like I needed to be told how to spell "Martin." "Where are you calling from?" I asked again. I repeated my question twice more while he assured me he was Martin from technical support. Finally he gave what sounded like a street name.

"Look," I said, "You are calling Idaho, United States, and it is the middle of the night. Stop calling us! Take us off your calling list!"

"Oh, I'm so sorry, dear," said Martin. Thereafter he kept calling me "Dear," having undoubtedly been told by his supervisors this was an acceptable term to call a middle-aged female customer who was a complete and utter stranger. "Shall I call back at a better time, dear?"

"No! Stop calling us! Take us off your calling list!"

Well, that seemed to work for a few quiet weeks ... until last night.

Once again at 2:30 a.m. the phone rang. We ignored it. It rang again at 3:45 a.m. Again we ignored it. But because it always takes me awhile to fall back asleep after waking up, I subsequently overslept.

This morning I saw the number wasn't from Scotland this time, but instead was a standard ten-digit number with area code 634 -- which, if preliminary research is correct, is "unassigned" in North America.

Meanwhile, if you're a family member who needs to reach us in the middle of the night, leave a message on the answering machine, because we'll hear it and will call back immediately.
Posted by Patrice Lewis at 8:10 AM