What if they don't listen?

A couple of weeks ago, I came across a YouTube documentary based on Everett S. Allen's 1976 book "A Wind to Shake the World: The Story of the 1938 Hurricane." 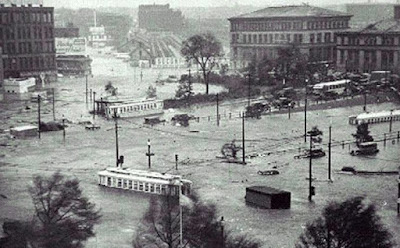 Largely forgotten now, the 1938 hurricane is "estimated to have killed 682 people, damaged or destroyed over 57,000 homes, and caused property losses estimated at US$306 million ($4.7 billion in 2016)." This tragic event was one of the most damaging hurricanes prior to Katrina, and the book's author was a young reporter, literally on his first day on the job with the New Bedford Standard-Times and wondering what his first story would be. Despite the slightly ridiculous overly-dramatic narration, the documentary --which was made in 1988 -- is fascinating. 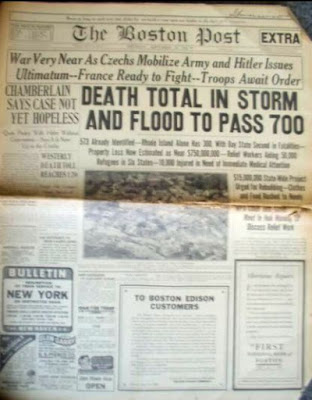 It's worth noting one of the reasons the hurricane was so devastating was the lack of early warning system. It struck almost literally from a clear blue sky, and within hours hundreds of people were dead and thousands of homes destroyed. 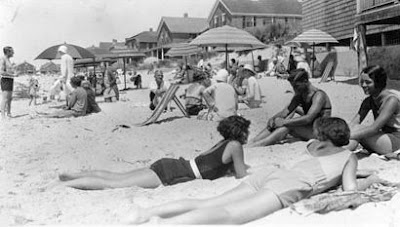 What struck me most in this 1988 documentary was an interview with a weatherman named Bruce Schwoegler with WBZ-TV (at about minute 42:00 in the documentary). He makes mention of Hurricane Gloria in 1985, which at the time was described as the "storm of the century" by the media.

Armed with the best technology 1988 had to offer, Mr. Schwoegler says:


The hurricane of 1938 is extremely important because it should have taught us lessons, and it didn't. Some of those lessons involve the media. I've got all the bells and whistles here -- radar, satellite pictures, computers -- and I'm going to be conveying the very latest information on any major storm that comes our way to the public, directly, immediately. That's my job. However ... what if they don't listen? What if, because of scares from the media in the past -- storm of the century! Gloria, heading toward New England! -- what if such scares have created callouses? 'Hey I'm tough, I've lived through Gloria, I can handle this one!' -- or another callous: 'Hey, those weathermen, they're gonna blow it again, I'm gonna keep that house on the south coast here for another week, I'm not leaving' -- what if that happens?

We have more people living along the coast. We have more infrastructure developed along the coast -- real estate, condos, three feet above sea level. What does it mean when a big hurricane like the storm of '38 hits that coastal zone? ... A lot of people just don't understand the tremendous force in nature. ... And in spite of me telling them that it's coming our way, they're going to be out surfing. Not realizing they're going to be blown away, and the water is going to rise 20 feet in the storm surge, and that all their escape routes are going to be cut off. And all this [early warning system] has to be done well ahead of time because if it isn't, they're not going to get out if the waters continue to rise.

What Mr. Schwoegler is referring to is commonly called the Normalcy Bias, sometimes termed the "It can't happen to me" syndrome.

In a blog post, "Self sufficient man" Tim Young discusses what he calls the "deadly grip" of the normalcy bias:


Normalcy bias is simply the belief that tomorrow will be pretty much the same as it is today, and it has a firm grip on our psyche. When presented with sudden change, unprepared people seize up and the normalcy bias renders them unable to cope. As you’ll see, at no time is this truer than when their lives are at stake, for normalcy bias gets people killed.

I believe it is also the reason why so many people fail to prepare for disasters and life-changing events. ...

[T]he barrage of so many doomsday predictions paralyzes the majority of people. Rather than taking steps to prepare, they simply ignore the threats, essentially burying their heads in the sand. ...

The problem is that “most people go their entire lives without a disaster,” according to Michael Lindell, a professor at the Hazard Reduction & Recovery Center at Texas A&M University. “So, the most reasonable reaction when something bad happens is to say, this can’t possibly be happening to me.” 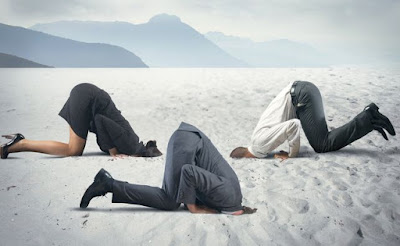 We have every imaginable early warning system clanging bells at us regarding the economy and the dangers our nation faces ... and yet people can't even spare the money for a bag of extra beans for their pantry. At what point do we give up trying to warn them?

Take a look at this sobering article on how the middle class in Venezuela is liquidating their life savings just to buy a bit of food to put aside. Remember, Venezuela is currently experiencing 700 percent inflation.

Referencing a young couple named Tebie Gonzalez and Ramiro Ramirez, the article notes, "[W]hen the Venezuelan government opened the long-closed border with Colombia this weekend, the couple decided to drain what remained of the savings they put away before the country spun into economic crisis and stock up on food. They left their two young sons with relatives and joined more than 100,000 other Venezuelans trudging across what Colombian officials are calling a "humanitarian corridor" to buy as many basic goods as possible. 'This is money we had been saving for an emergency, and this is an emergency,' Ramirez said. 'It's scary to spend it, but we're finding less food each day and we need to prepare for what's coming.'" 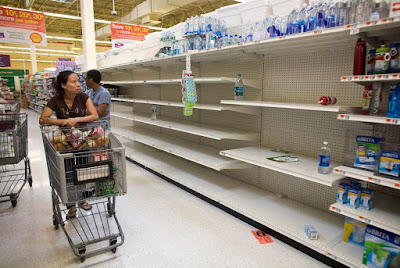 But of course, this could never happen here, right?

Recently ZeroHedge posted an article entitled "If you can't touch it, you don't own it." Quoting from the article:


Presently, the UK, EU, US, et al, have created a level of debt that exceeds anything the world has ever seen. Historically, extreme debt always ends in an economic collapse. The odoriferous effluvium hasn’t yet hit the fan, but we’re not far off from that eventuality. Therefore, wherever you live and invest, a spike such as the one presently occurring in the UK could result in you being refused redemption. Should there then be a concurrent drop in the market that serves to gut the fund’s investments, you can expect to sit by and watch as the fund heads south, but be unable to exit the fund.

As stated above, excessive debt results in an economic collapse, which results in a market crash. It’s a time-tested scenario and the last really big one began in 1929, but the present level of debt is far higher than in 1929, so we can anticipate a far bigger crash this time around.

But the wise investor will, of course diversify, assuring him that, if one investment fails, another will save him. Let’s look at some of the most prominent ones and consider how they might fare, at a time when the economy is teetering in the edge.

The article concludes by advising, "This evening, take account of all your deposits and investments and determine what percentage of them you do truly own. If you decide that that percentage is too low for you to accept, you may wish to implement some changes... before others do it for you."

There's only so much emergency responders and early-warning people can do. After that, it's up to individuals to take personal responsibility for their health and safety.

Just sayin', folks.
Posted by Patrice Lewis at 8:49 AM