After our week's grim tally of lost animals, we gained one. Yesterday our last calf of the season was born.

Early in the morning, I noticed a lot of interest along the fenceline by some of the herd. 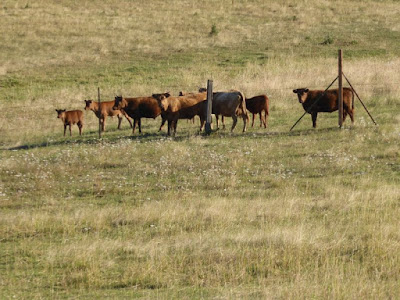 Following their line of sight, I saw a cow off by herself in the deep grass of the neighboring pond property. A solitary cow usually means one thing: birth.

So I walked down and sure enough, saw Amy (Matilda's adult calf) and a newborn. 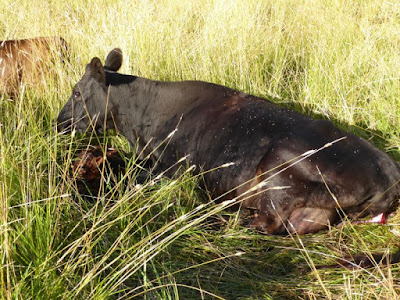 Amy's first calf was born breech last year, and had a shaky start; so I was happy her second birth went uneventfully. 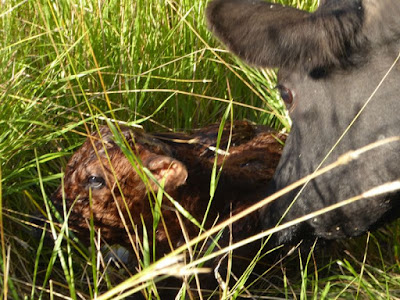 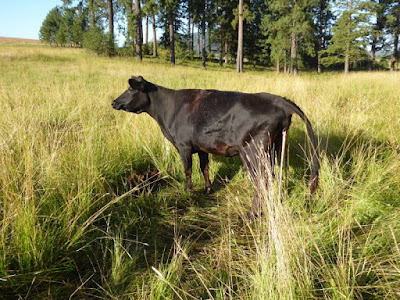 Don had some commitments in the early morning, so we didn't have a chance to fetch the calf until noon. We strapped the faithful calf cage onto the tractor tires and took off. 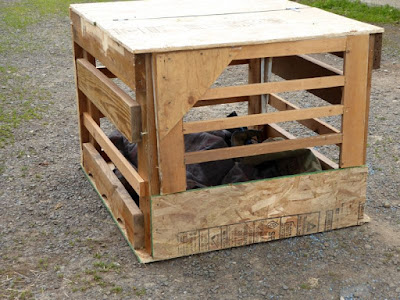 Incidentally, this calf cage has been an absolute God-send. It's worked beautifully at helping us fetch back every calf born at a distance this year.

By this point, Amy and the baby had moved to a much more distant point. We left the tractor at the gate to the property and scouted them out first, then I waited with Amy while Don walked back and brought in the tractor. 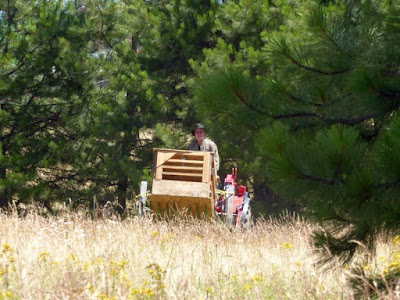 He parked about 100 feet away from Amy and the new baby, and I walked over and gently scooped up the calf. I staggered back to the tractor, gasping at the calf's weight. "I can't ---" I wheezed, "--believe -- someone -- thinks -- carrying -- a calf -- is an easy -- thing to do," I panted, referencing an earlier comment someone made last May about how hard could it be to carry a calf any distance? I'm a strong woman and can hoist 75-lb. sacks of chicken feed on my shoulder without a problem. I don't know what it is about calves, maybe the awkward way they have to be held, but carrying a 35-lb. calf against my chest for any distance is absolutely devastatingly difficult. And this doesn't count additional problems such as rough ground and a hormonally-deranged mama dogging my heels.

Anyway, I gently laid the calf in the box and took a peek under the legs. "It's a boy!" I announced. That brings us up to 5 bull calves and 2 heifers born this summer.

I climbed on board the tractor and we slowly rolled away, heading for the nearest gate. 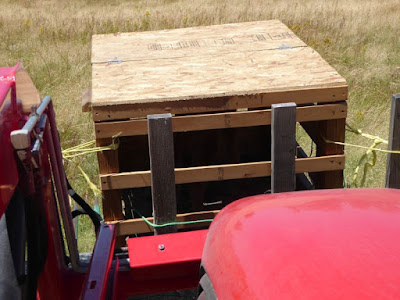 Meanwhile, Amy milled around in some distress, trying to figure out where her baby was. Even though she watched me put the calf in the cage, the moment we close the lid the baby becomes "invisible" to the mama. No one ever claimed cows are bred for brains. 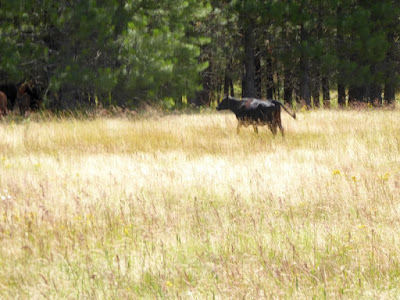 By this point the rest of the herd had caught up with us and were bellowing with excitement. We left by a different direction (to take the road) but we were confident the herd would move up to the gate by the house -- which, in fact, they did. 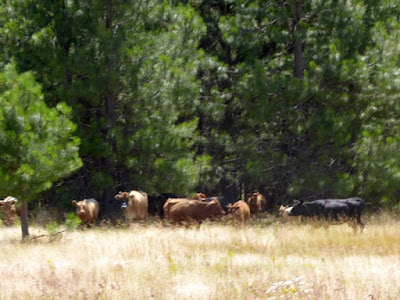 Here we are, driving toward the house. 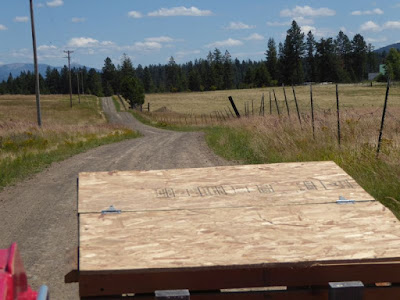 Once in awhile the baby would peek through the slats of the cage, curious what was happening to him. 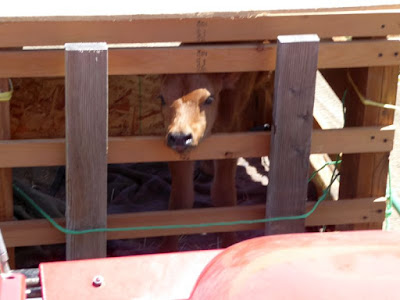 Sure enough, the cows went streaming up toward the house... 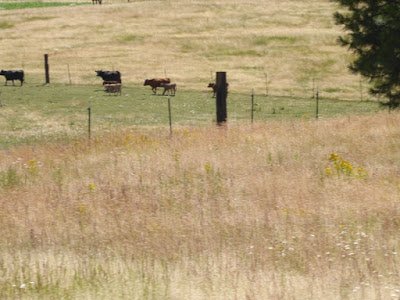 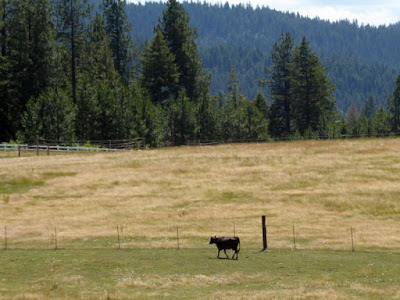 We looped the tractor and cage around to the gate where the herd was waiting. The calf was very vocal, so in moments Amy had crowded close to the gate, drawn by the baby's bleats. It was a simple matter to scoot her through the gate. After this it took just a few minutes to put her and the baby into the barn.

She wasn't too pleased with being penned up, but we need to keep the baby close so we can de-nut-ify him in a few days. By the way, we named him "Armour." As in meat. 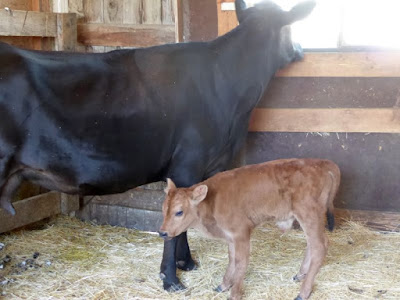 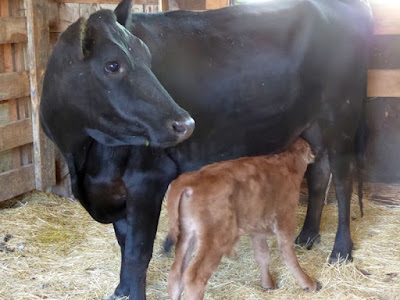 As with all babies, Armour is darling. 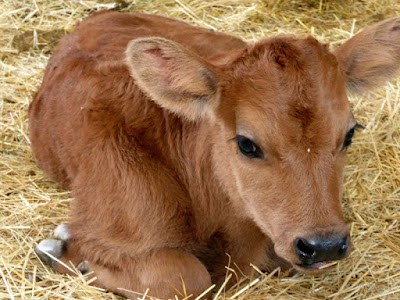 So out of a week of death came a new life. It's never dull around here, that's for sure. 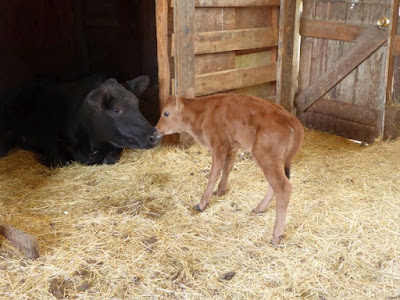 Posted by Patrice Lewis at 7:26 AM