I was weeding the corn the other morning when I heard a raucus bird call, and a showy creature landed on the post right near me, not 20 feet away. Unfortunately by the time I reached for my camera, it had flown to a post across the pond, which is a shame because otherwise I could have photographed its very pinfeathers.

At any rate, I was utterly entirely baffled by what this new bird might be. 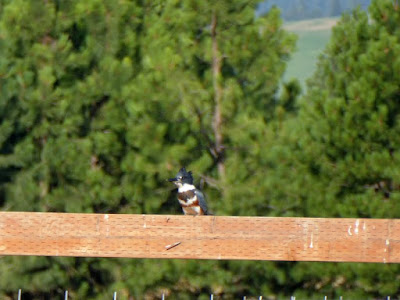 I noticed it was able to ruffle its crest. It was showy and lovely. 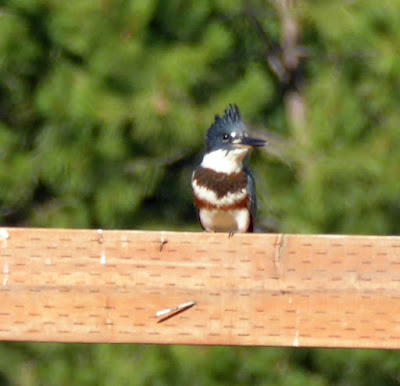 By this point all you avian experts are shouting, "It's a belted kingfisher, you dufous!" And you'd be right. But despite years of working as a field biologist, I'd only seen this species once, from a distance, as it dove for fish. Never up close. 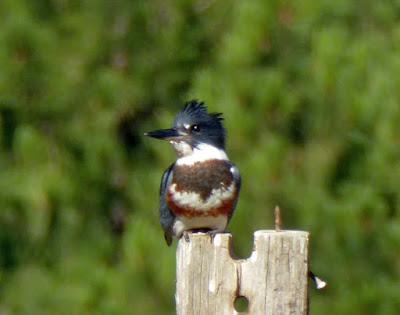 So it was quite a thrill to consult my bird book and confirm its identity. 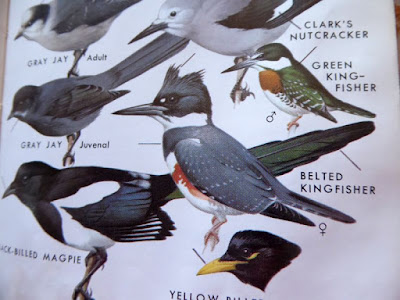 The description points out the rusty second band on females. I had a brain fart when I first put up this blog post and thought they meant an additional rusty band (see photo at very bottom), but as it turns out what I saw was a female. 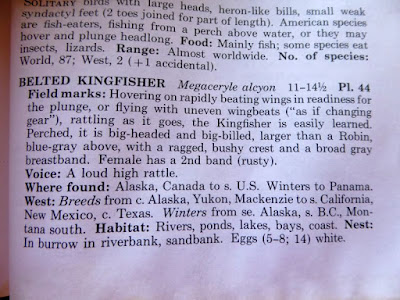 The bird hung out around our pond for a few minutes before taking off. Sadly I doubt I'll see many more since we don't have any fish in our pond. No doubt she'll be off to greener pastures, or at least bluer waters. Either way, I'm glad I had the camera on me when she flew close.

Update: Here's a photo off Google images showing a male and female. Yep, ours was a female. 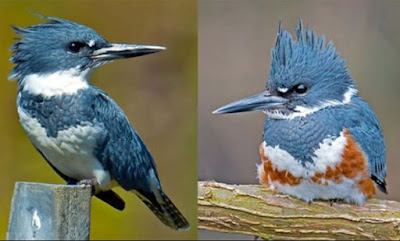 Posted by Patrice Lewis at 7:07 AM