After netting our little cherry bushes a couple weeks ago... 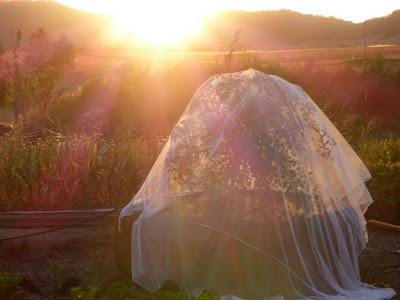 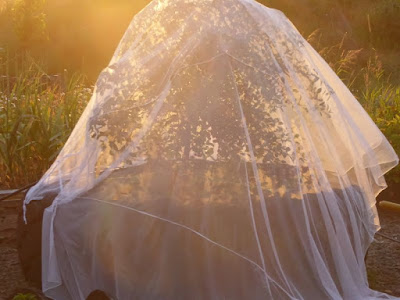 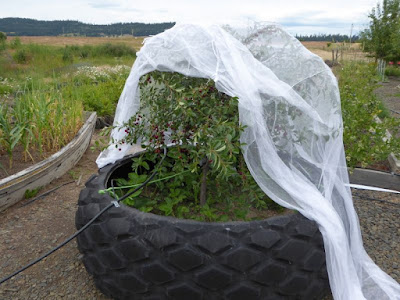 ...and pick some cherries. 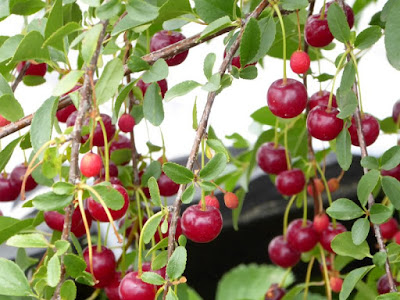 This is the first year we've had cherries from these bushes. The fruit was beautiful, but I was disappointed by the taste. These are sour cherries but with a high sugar content, and I was expecting, I dunno, sweet cherries, I guess.

Nevertheless I picked the first crop and re-veiled the bushes until the rest should ripen. I got a solid bowl-full. 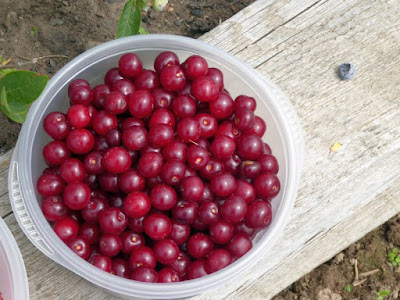 Next I had to figure out how to stone them. I don't have a cherry stoner (though I'll probably get one in the future), and a quick internet search revealed a chopstick would work in a pinch. And so it did, though it was laborious. 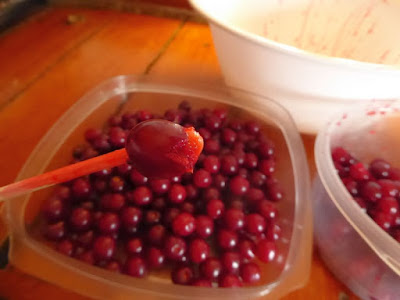 Not great, but adequate for my immediate needs. 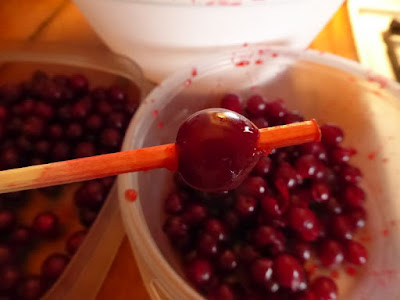 However it was messy messy messy. Protecting clothes (apron) is vital. 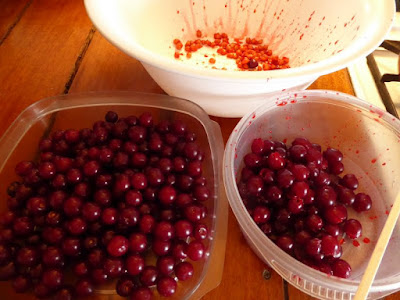 Tossing the pits into a large bowl splattered cherry juice everywhere, and poking the pits out of the cherries splattered more juice. Trust me: apron, old shirt, anything. 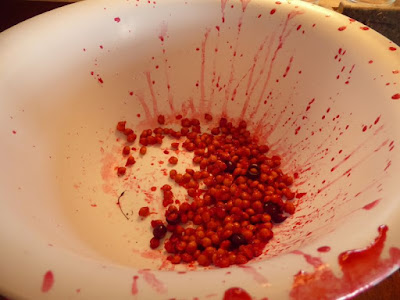 Next step, the food strainer. I first used this tool last year when straining tomatoes, and it worked beautifully. The instructions specifically state it's necessary to remove the stones before puréeing cherries, hence the chopstick option. 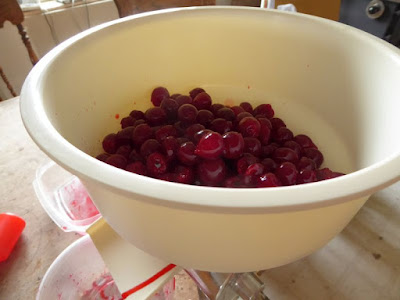 I didn't have many cherries, so this step didn't take long. It did splatter some more, though. I tell ya, don't have anything nearby you don't want stained when processing cherries. 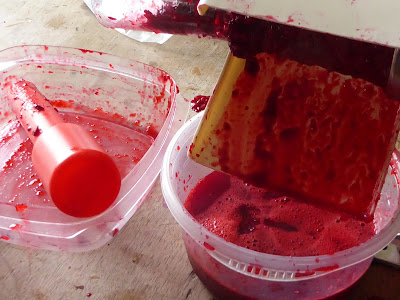 I ended up with a bit over a pint of purrée, so I put it in the fridge until the rest of the cherries were ripe. A few days later I picked the remaining fruit, unnetted the now-bare cherry bushes, and puréed the final (tiny) crop. 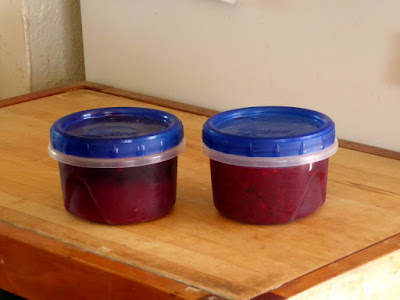 These I labeled and put in the freezer until I have enough fruits to combine into a canning session. 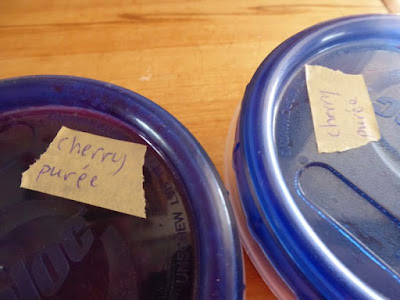 I started out being disappointed by the sourness of the cherries, but after puréeing them I've changed my mind. Sure, they're not the best for fresh eating, but the purée is absolutely phenomenal and the smell is divine. Sweetened just a bit, the purée can used for sauce (ice cream, anyone?) or juice, and it's loaded with nutrients. So, no complaints.

That said, we did some research and found a sweet cherry bush we'll order next year, and give that a try. Variety is the spice of life, or so they say.

By the way, this was a day's haul last week: last of the raspberries, half of the cherries, and the blueberry bushes are just starting to peak. 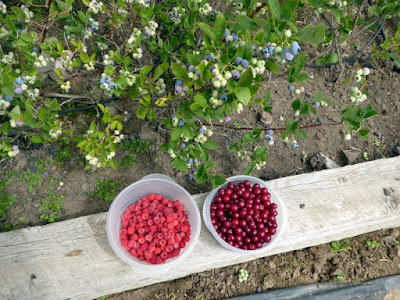 Posted by Patrice Lewis at 7:37 PM