A home for Barney 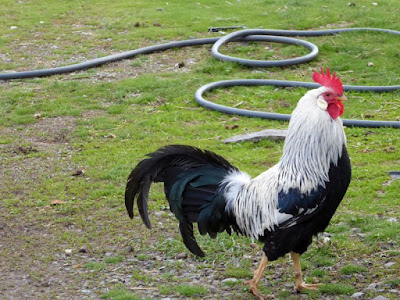 Barney was the "mystery" chick thrown in for free with last summer's order of Jersey Giant chicks from McMurrey Hatchery. A reader correctly identified him as a Silver Leghorn.

Because of his diminutive size (think Barney Fife)... 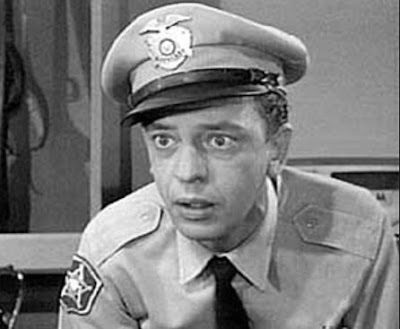 ...he was always being pushed around by the bigger roosters, and was very skittish as a result. 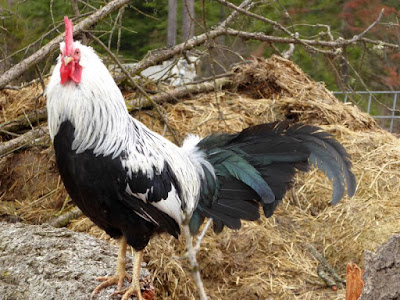 He grew up manly but small, with a soprano crow that contrasted comically with the deeper crows of the Jersey Giant roosters. 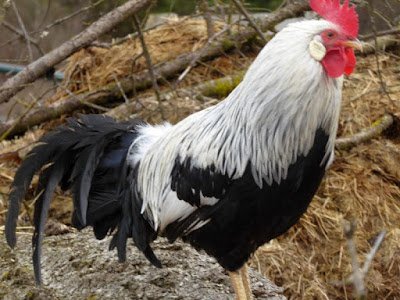 His tail always seemed too long for his body, but when away from the other roosters, he strutted around like he owned the place. (All roosters do this.) 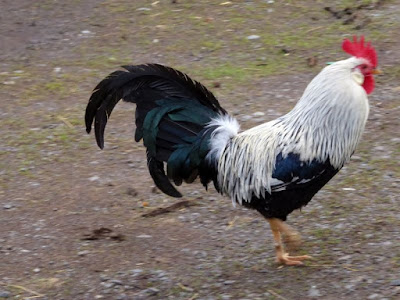 Because we don't need another rooster (especially one who wouldn't be suitable for the stew pot because of his size), and because it seemed useless to kill an otherwise beautiful little guy, we wanted to find a home for him.

The other day Don was outside on the phone with an acquaintance from a nearby area when Barney let loose with his shrill soprano crow. The friend remarked on Barney's enthusiasm and mentioned he had a small flock of six hens, but no rooster.

Smart guy that he is, Don immediately launched into the merits of having a rooster to watch over his flock. Bish bam boom, next thing we knew, we had a home for Barney.

The gentleman came over yesterday morning, we put Barney in a box for the trip home, and now he'll have a flock of his own and no competing (enormous) roosters to boss him around. 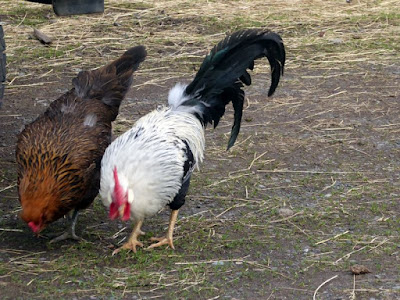 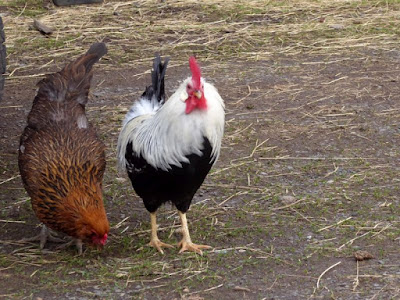 I love happy endings.
Posted by Patrice Lewis at 7:02 AM

Email ThisBlogThis!Share to TwitterShare to FacebookShare to Pinterest
Labels: Barney