I don't normally like having houseplants (I have something of a black thumb and tend to kill them), but the Christmas cactus I indirectly inherited from my grandmother (who passed away in 1979) is one I cherish. 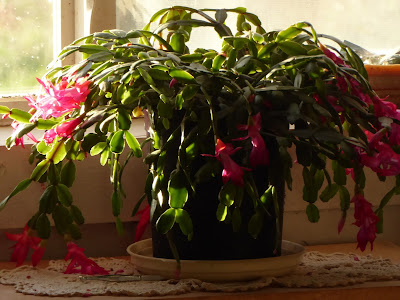 But for awhile now, the house has been chock-full of plants. What seemed especially numerous were the the Brussels sprouts I planted in February from the seeds I collected last fall. 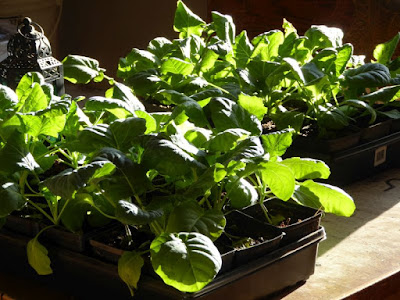 I also have 77 (out of 100 seeds planted ) cayenne peppers growing, though I gave seven away to a neighbor. 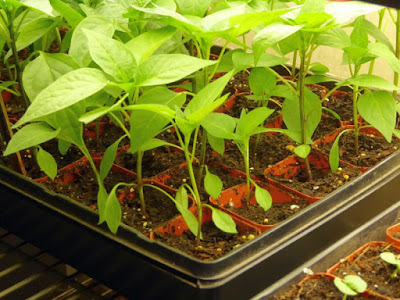 On March 25 I also planted 25 basil seeds (incidentally, from five-year-old seeds) and 20 have sprouted. 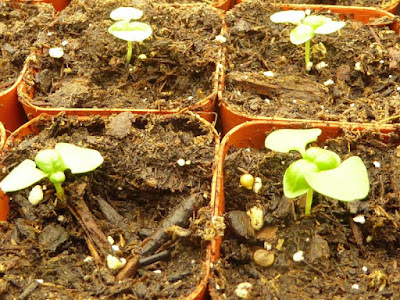 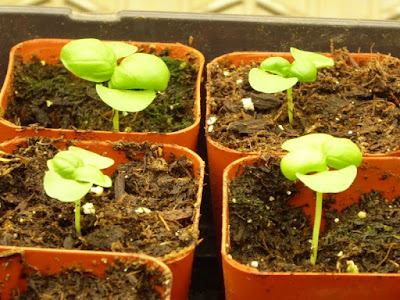 Today I hope to get red bell pepper seeds and tomato seeds planted.

Right now we're having almost hot weather (although it goes up and down in typical spring fashion)...

...so I decided to take a chance and plant the Brussels sprouts in the garden. They were getting too big for the house anyway.

To do this, of course, they needed to be hardened off. 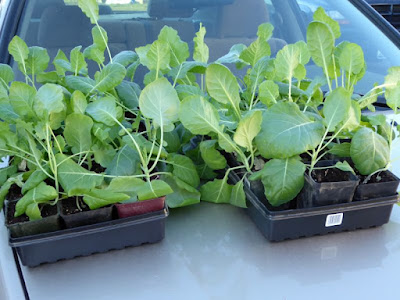 I put them on the hood of the car, starting in the shade for just an hour or so, then gradually working up to most of the day in both sun and shade.

Yesterday I trundled the flats out to the garden, where I already had a row of tires ready for them. 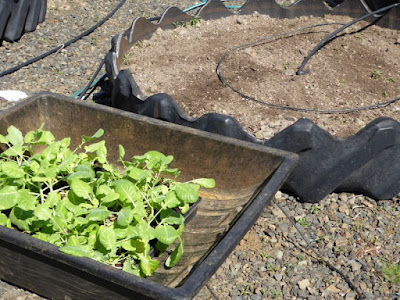 I deliberately overplanted the number of Brussels sprouts (36), figuring some would die (remember, black thumb!), but in fact 34 survived. With Younger Daughter's help, we got them all in the beds. 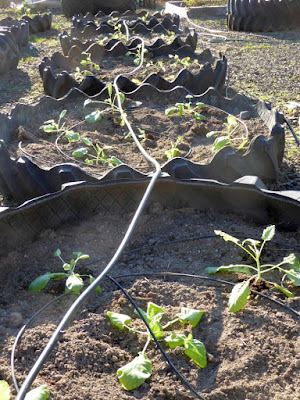 Despite what it looks like, the drip irrigation system isn't set up yet, so I gave all the current garden plants a good watering with the hose -- not just the Brussels sprouts, but also the blueberries, strawberries, the over-wintered carrots (going to seed), herbs, raspberries, garlic, etc.

I was ridiculously anxious about the Brussels sprouts, hoping they'd make it overnight. My thought was if they survived the transplant shock for 12 hours or so, they'd be fine. This morning at dawn I went out and took a peek. 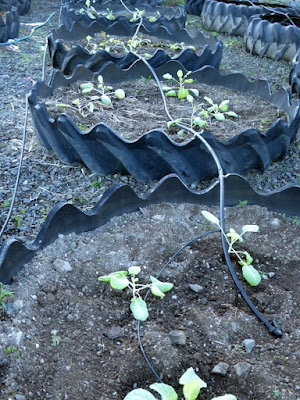 In fact, more than fine. They looked positively cheerful at their new digs. I imagine it must be nice for them to be able to stretch out their roots and leaves, instead of living in the cramped crowded indoor conditions. 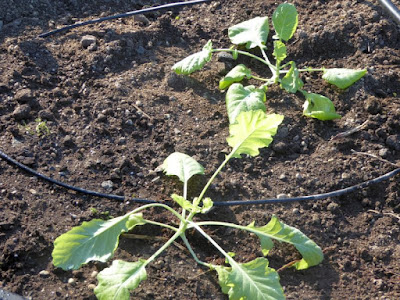 The call of the garden is strong now. I find myself using any excuse to go do something, anything, even if it's five minutes here or there of yanking weeds.
Posted by Patrice Lewis at 8:50 AM