March has certainly come in like a lion. We've had rain, wind, snow, sleet, and general bluster.

Yesterday we had a storm cell that came through with sheets of rain. It left swampland and streamlets behind. 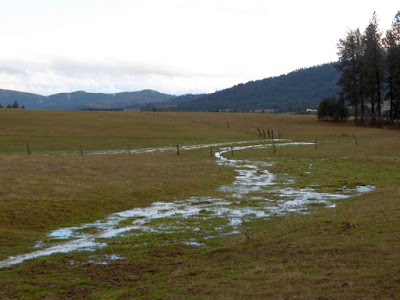 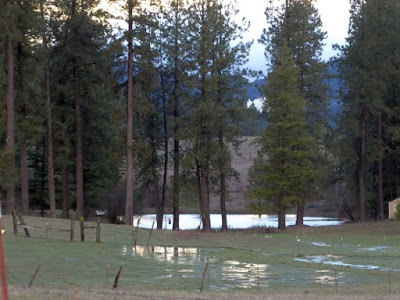 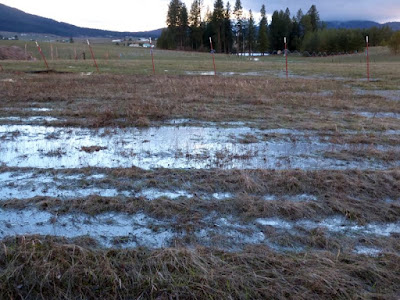 Then suddenly -- and I mean abruptly -- the sun broke through and lit up a brilliant rainbow. The end of the rainbow was smack-dab on top a neighbor's house (I took a photo to prove it) so I'll advise them to start digging for gold. 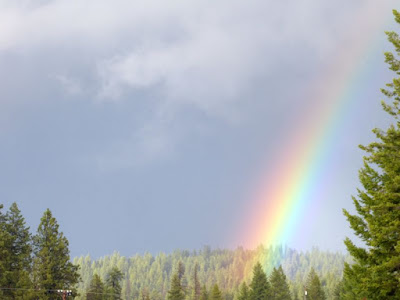 The other end of the rainbow was visible through the trees. 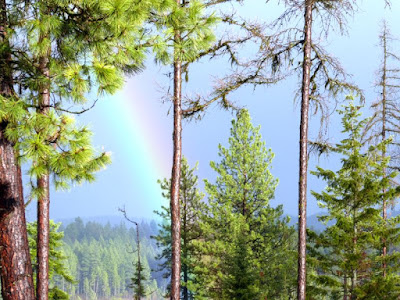 Later the eastern part of the sky showed mammatus clouds... 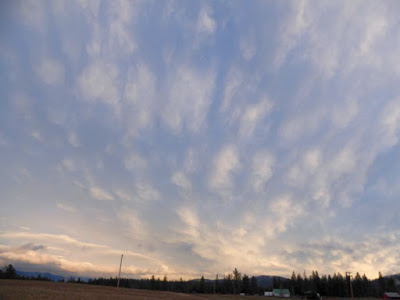 ...while the western sky had a last rain cloud lit up by the setting sun. 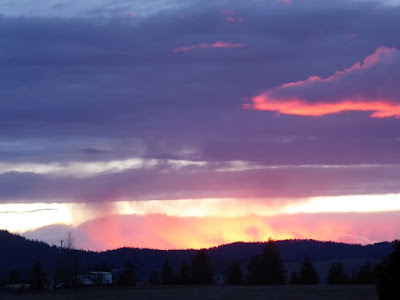 You know what they say about the weather: If you don't like it...
Posted by Patrice Lewis at 3:17 PM