Don and I took a walk last week along a path we hadn't been on for a few months. It was evident we hadn't been there, in fact, since the massive windstorm that hit our region last November.

This became apparent when we came across this tree down by the path. We commented on its girth, but something was a little odd about it. 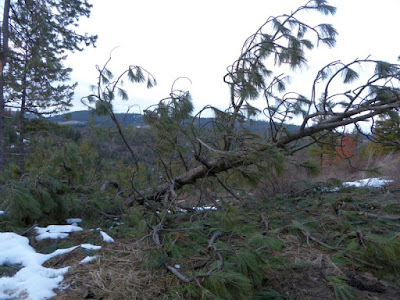 What was odd was there was no broken stump or root crater. It was like the tree, instead of falling over, had dropped from the sky. 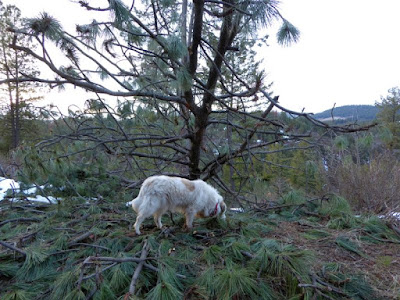 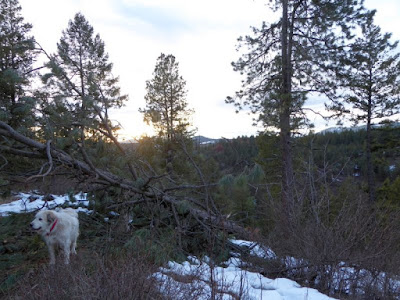 Well as it turns out, it had. Literally. It wasn't a tree, it was a branch. 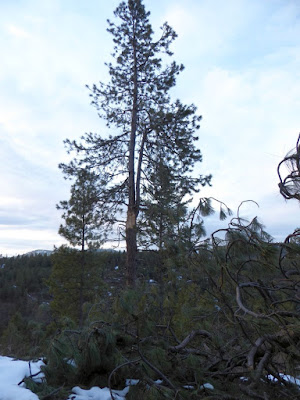 In short, the scene before us was one of the literal definitions of windfall. You truly can't appreciate how massive conifers are until you see them on the ground -- or in this case, parts of them on the ground. This branch was the size of a full-grown tree. And yet the parent tree isn't especially huge by conifer standards. 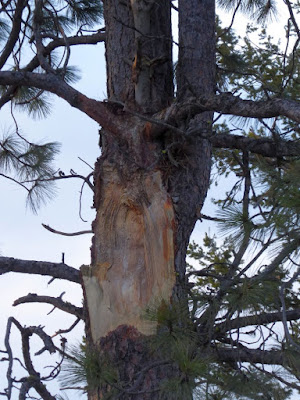 Because we know the owner of this property and he's given us permission to harvest such things as necessary, this massive branch may shortly become the other definition of a windfall -- an unexpected gain. For us, firewood.
Posted by Patrice Lewis at 6:56 AM