Whew, what a snow whomp we got over the past week! 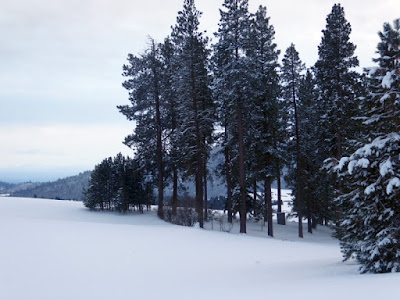 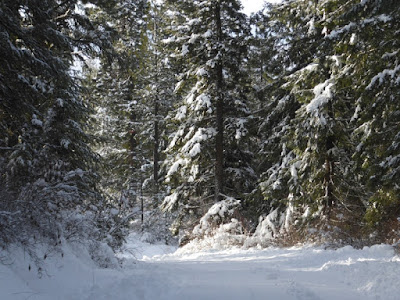 It was no surprise when our driveway got drifted shut numerous times. 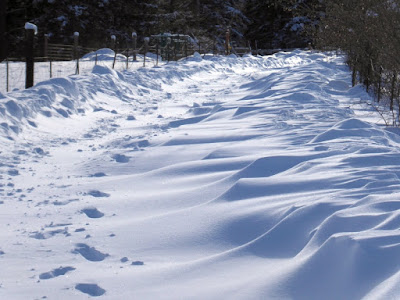 Ditto with the road leading in. 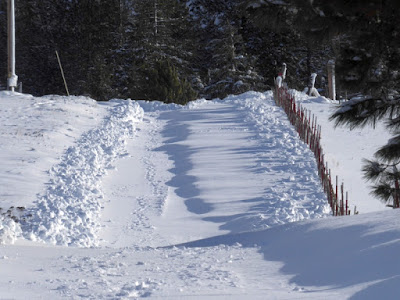 Don and the rest of the neighborhood men joined forces to clear the snow with tractors and plow blades. This photo is of our neighbor D., but everyone else pitched in over the last week as we got dumped on again and again. 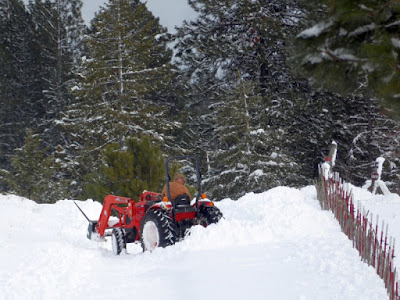 Darcy did his part to "melt" some snow. 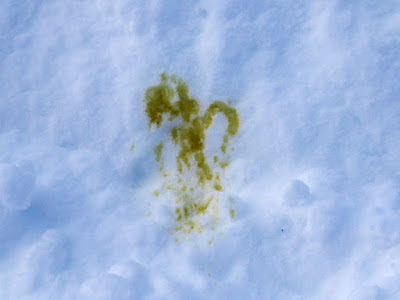 On one particularly dramatic afternoon, Don and Older Daughter and I took Darcy out walking during heavy sideways-blowing snow. 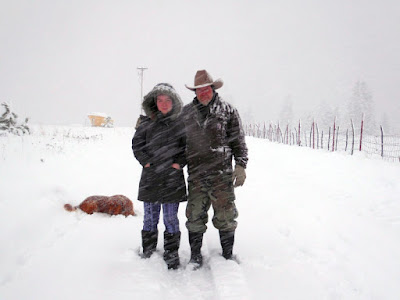 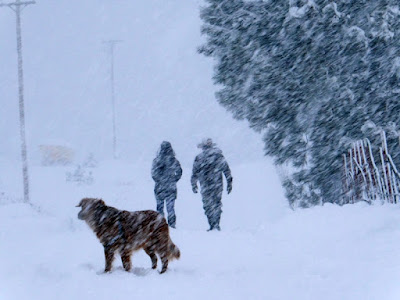 Can you see the white-on-white snow blowing beyond the tree? 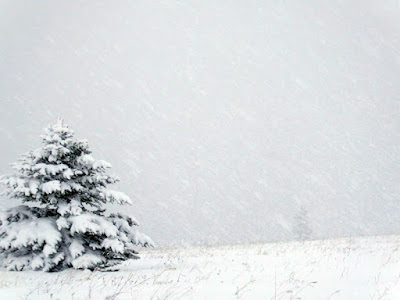 We found out later that, at the height of this storm, our neighbor's cow finally had her calf. 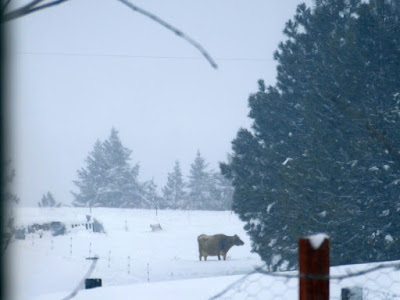 Knowing this baby was due to be born at the exact wrong time of year, they had set up a cozy shelter for mama and baby, complete with heat lamp. The little bull calf is doing fine. 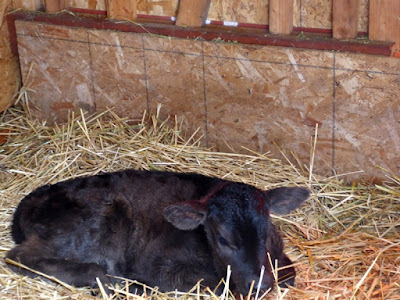 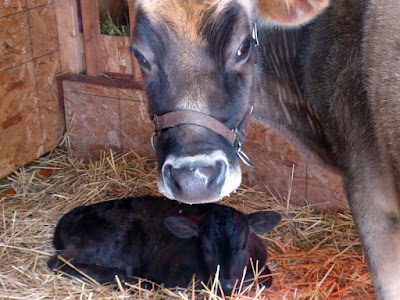 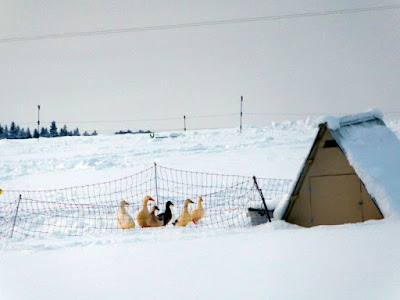 For some reason, the snow has triggered geese flying south. We've seen dozens of formations with hundreds (or thousands) of geese flying out in the last week. 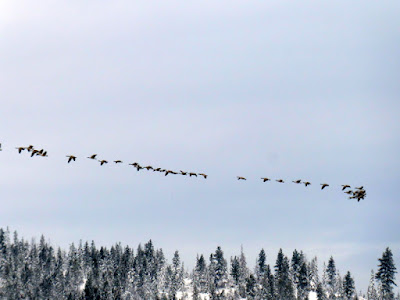 Taking Darcy walking in the field once more required snowshoes. 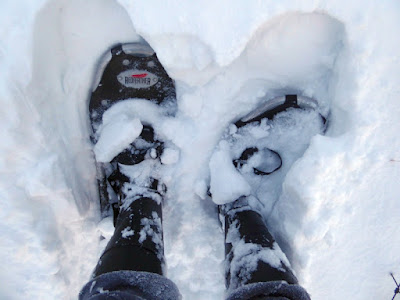 After walking, it's easier to leave my boots strapped to the snowshoes. I had the bright idea to cover the top of the boots with plastic bags and rubber bands. As it turned out, that was wise. 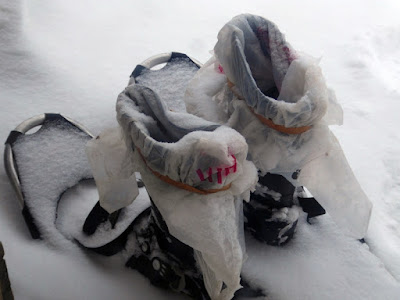 Much of Darcy's twice-a-day exercise has been chasing snowballs, which means bounding over the fields. 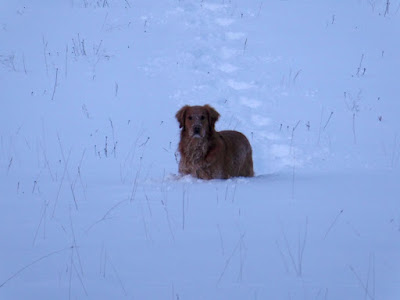 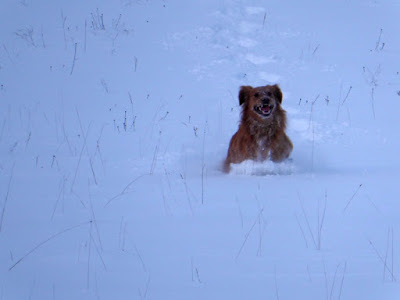 This results in massive "jingle balls" of snow on his fur, some the size of cantaloupes. 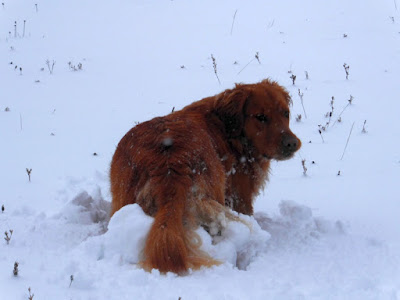 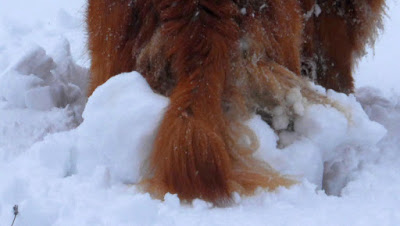 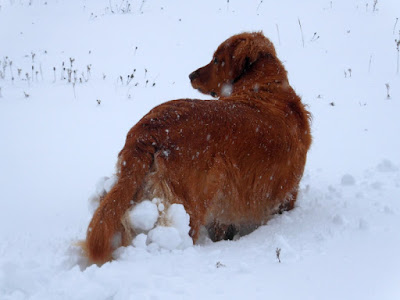 Then he drags these into the house and spends the next hour chewing them off his fur, while we periodically scoop up the snowballs and dump them in the sink. 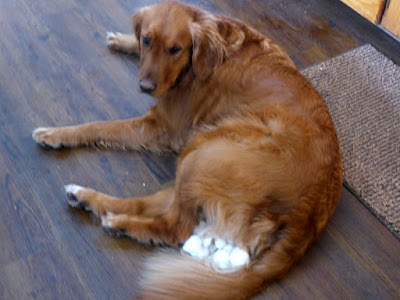 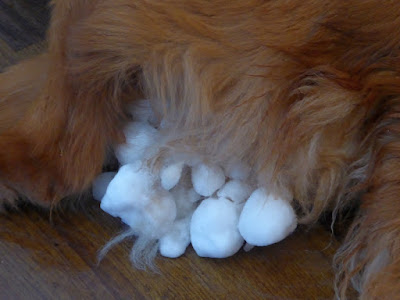 Right now the snow is about 15 inches deep. 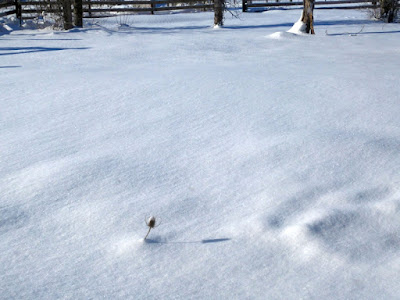 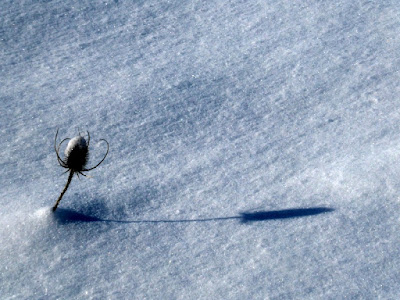 So it's a winter wonderland out here, though we're on a slight warming trend. We'll see what the next couple of weeks are like. 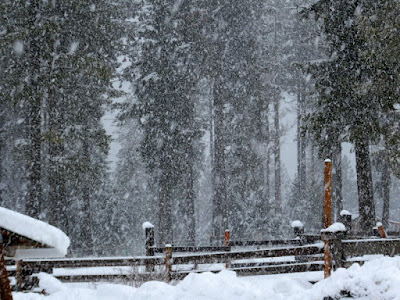 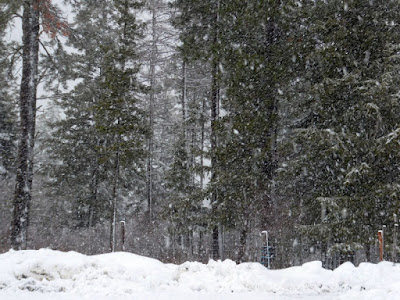 Posted by Patrice Lewis at 4:22 PM