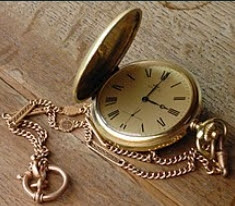 So what gives? What makes someone obsessively punctual or habitually tardy?

A recent article in The Guardian entitled "Beat the Clock: The Surprising Psychology Behind Being Perpetually Late" didn't offer much by way of explanation. "There are probably as many reasons for unpunctuality as there are habitually late people," the article begins, and covers such possible motives as early childhood training, passive-aggression, a feeling of unworthiness, a reluctance to change gears, a sunny and optimistic disposition, or a sociable nature that enjoys chatting with anyone with whom they cross paths (thus making them late).

Those who are rigidly punctual in their behavior have been termed the "uptighterati" and "schedule obsessives." Such people are often counseled to slow down, dude. The author of this article describes herself "as an early person with my own set of neuroses" for whom being late would make her "ill with anxiety." 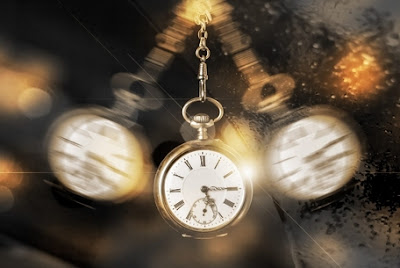 In another article (by a different author), the writer found herself in the casual professional atmosphere of Brazil, where the concept of timeliness was far more fluid. This came as a culture shock in more ways than one. "To members of the Uptighterati, like me, it’s almost impossible not to interpret the Brazilian attitude to time as a form of laxness, however enviable. But that judgment masks an unexamined assumption that punctuality is obviously the only meaningful temporal standard, which different cultures observe or ignore to differing degrees."

This author says "there’s something odd about the punctuality principle, which involves first mentally conjuring an abstract timeline, then trying to make reality conform to it. The alternative – often mistaken for slacking – is what scholars call 'task orientation' ... in which the rhythms of life emerge from life’s activities themselves. It’s less that Brazilians are failing to abide by a timetable, than that they’re successfully abiding by something else."

Here in the Lewis household, we tend to fall on the side of the "uptighterati" spectrum -- but that's only if we have someplace to go, which we often don't. When we're at home, working at our own pace and our own schedule, we're definitely in the laid-back camp.

Perhaps that's why I've always liked the old story about the successful businessman, vacationing in a foreign fishing village, who starts lecturing a younger local man on the secret of success. Instead of whiling his life away fishing and drinking and playing music with his friends -- the businessman says -- he should expand his fishing operation, hire employees, make millions, then eventually retire‚ so he can spend his days fishing, drinking and playing music with friends.

So what end of the spectrum do you hit? Are you early or late? And what's your logic/reasoning/motive behind it?
Posted by Patrice Lewis at 4:44 PM