If there's one benefit to raising kids frugally, it's that they learn to be frugal when they grow up.

We've had a number of critics over the years who warned us our girls would go crazy when they got out on their own. These critics pointed out the disservice we did to our kids by homeschooling them in a rural area under humble financial circumstances. We were told they would explode into a dark and nefarious lifestyle once they escaped what evidently they assumed was the jail-like environment in which we raised them. (I don't know why homeschooling critics always assume the worst of how we raised our kids, but there you go.)

I'm happy to report these critics are beyond wrong. Both our daughters have settled into their chosen careers beautifully, and are living responsible lives – and that includes financial responsibility.

Which leads to an interesting story Younger Daughter told us recently.

Younger Daughter, as you recall, joined the Navy in 2017. She graduated from boot camp just before Thanksgiving and spent the subsequent year undergoing training as an electronics technician. She is currently at her first overseas duty station and will go on her first deployment in about a month or so. (She flippin' loves being in the Navy!) 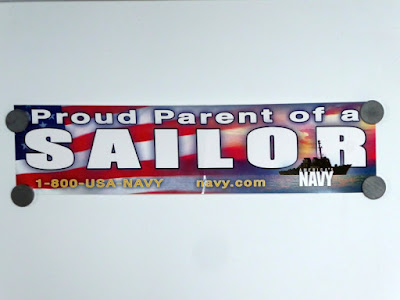 She's getting a reputation for being a "clean" sailor – a straight arrow, hard working, not given to excesses, etc. She also took up all the financial opportunities the Navy offers its members, including setting up a retirement account and savings account. She set herself an aggressive savings plan (in part, she hopes, to purchase some rural property when she gets out) while allowing herself some play money, since she'll be seeing parts of the world she's only dreamed about.

This clean and responsible reputation was confirmed when a fellow sailor asked Younger Daughter to help him draw up a budget. It seems this young man had $12,000 in credit card debt and needed to get out from under that burden.

YD asked him if he would trust her to look over his online banking records, and he agreed. So, drawing on the frugal lifestyle she grew up with as well as the financial management classes she received after boot camp, she sat down with the other sailor and worked out a plan that would get him completely debt-free and with $5000 in the bank by the end of next year … IF he follows the budget. Based on his income (which, in the Navy, is regular and predictable), she had him focus on paying down the debt first, then he can start aggressively saving by the middle of next year.

The sailor asked for a few concessions. While allowing him a certain amount of spending ("play") money on a monthly basis, he wanted extra funds available at some of the foreign ports they would be visiting so he could party ("If he makes it back without getting in trouble, I shall be genuinely surprised," wrote Younger Daughter). So YD budgeted that request accordingly, with the stipulation the spending money had to be in cash so he couldn't "accidentally" go further into debt. Once the cash was gone, no more partying.

We talked to YD a few days ago, and she said the other sailor was apparently following the budget she'd drawn up – to the letter. As a mom, I was very proud that other sailors thought YD was responsible and mature enough to trust her with their sensitive financial issues.

Which leads to an article I read recently entitled "Five (Potential) Misplaced Financial Priorities." In addressing the question of why people get into financial problems (outside of insufficient income, of course), the author, Trent Hamm, finds a lot of people spend money on "misplaced priorities" because they value the short-term more than the long-term.

Hamm lists five areas in which people overspend their money (go read his article for detailed explanations of each category):

5. Over-prioritized college savings (this category was not a factor for the sailor in question)

Hamm concludes, "In my view, someone who is carrying a credit card balance month over month and doesn't have an emergency fund while going out to eat multiple times a week and carrying a cable bill is creating their own financial prison. That's a cavalcade of misplaced financial priorities, and they're adding up by the thousands each year, and yet it's a common story for many Americans." [Emphasis in the original.]

This is some of the basic stuff Younger Daughter tried to impart to the sailor who requested her help.

The ironic thing about both our daughters' financial management is because they've avoided debt and are aggressively saving their income, they're able to "play" and indulge in fun stuff a lot more than other young people their age who are mired in debt (credit cards, student loans, car payments, etc.) and feel hopeless to escape the trap. 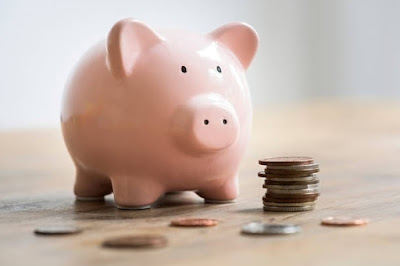 I'm grateful our girls grew up frugal, and I sincerely hope the young sailor sticks to his budget.
Posted by Patrice Lewis at 8:43 AM