Today is the anniversary of the attack on Pearl Harbor. 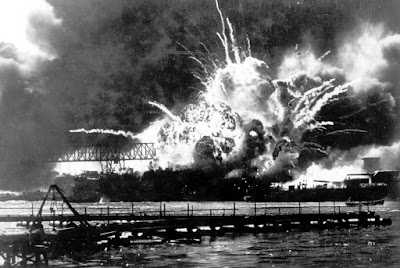 A couple years ago, my mother (who was born in 1931) shared an extraordinary story as follows:

In the fall of 1941 my mother started making homemade bread every Saturday. She used yeast on the first recipe, but after that she would save a starter, a piece of dough. Of course we had no refrigeration, so she would just take the starter dough and put it in a bowl in the cabinet. The next week she would use the starter dough to make a fresh batch of bread.

My oldest brother had taken off for something, and he came home with a friend. The boy lived about a mile away from our house, but since we lived along a bayou, we had to cross a prairie to get to his house. He walked in the house and the smell of fresh bread permeated the place. He was wowed, and Mamma broke him off a piece of fresh bread for him to eat.

He had gone to school with us, but like a lot of kids his age he joined the Navy at age 17. He told my mother he was stationed at Pearl Harbor on the Arizona.

This took place on Saturday November 22nd. Thirteen days later he died on the Arizona at Pearl Harbor. His name was William (Bill) Stoddard.

My mother stopped making bread. I was ten years old. 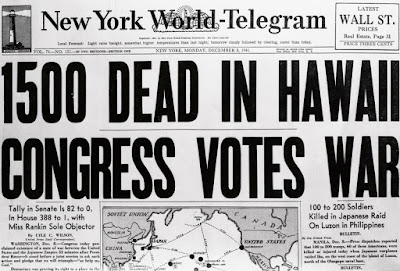 Needless to say, Pearl Harbor didn't just affect Hawaii. It also affected a tiny little town in the bayous of Louisiana, and a 10-year-old child's memory of a neighbor boy who died for our country. 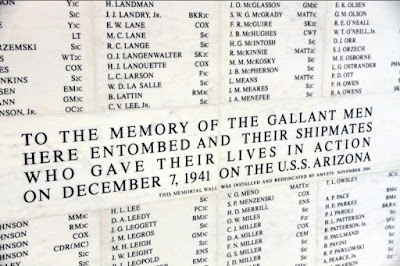