Here's an interesting article I came across recently: Americans Are Weirdly Obsessed With Paper Towels. 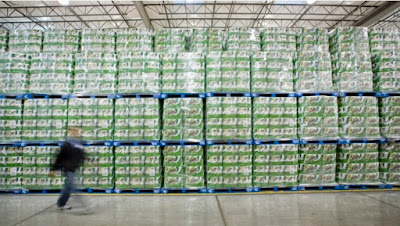 People, it seems, are insanely devoted to paper towels.

I didn’t realize this until I put a blog post in 2014, asking readers what kinds of reusable items they’ve embraced. The biggest conflict, I found out, was giving up the ubiquitous paper towel.

I was entirely unaware of this conflict because we seldom use paper towels in our house. Needs are taken care of 99 percent of the time by either dishcloths or rags. 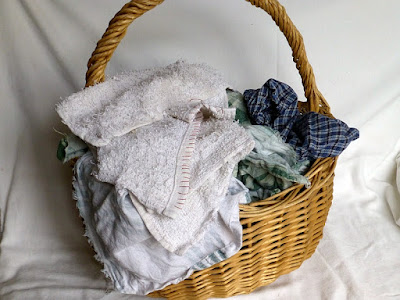 About five or six years ago, we "inherited" a 12-pack bundle of Costco paper towels. I keep a roll in the pantry for certain purposes (draining bacon grease; cleaning up dog vomit) and go through about one roll of paper towels every two years. That bale will last me many, many years. 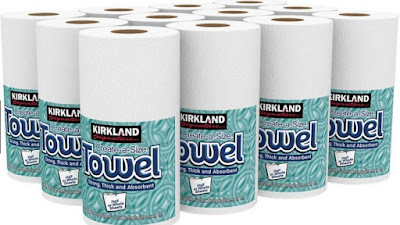 Let me digress for a moment. When I was growing up, my mother kept a kitchen drawer full of plain white terry dishcloths. They weren’t decorative and neatly folded; they were practical and tumbled into the drawer. She had those dish towels in constant use. A dishcloth always hung near the sink, and when it got damp or soiled (four or five times a day), she’d toss it in the washroom. She probably had fifty dish towels on hand. Old dish towels were, of course, recycled into rags.

We do the same thing in our house. I keep one kitchen drawer dedicated to a jumble of clean dish towels. 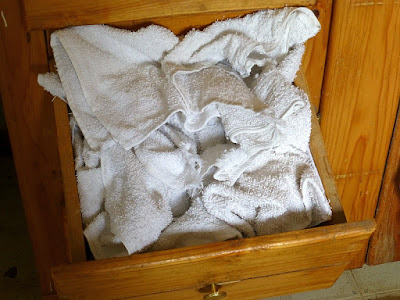 A towel hangs from a holder attached to the cabinet door in front of the kitchen sink for convenient hand-drying. I change the dish towel anywhere from twice a day (for light kitchen duties) up to four or five times a day (for active kitchen projects). 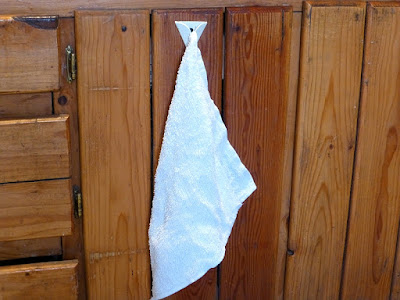 My kitchen is not a place of calm beauty and matching décor; it is a place of practical food production. It would never occur to me to use a paper towel merely to dry my hands; that’s what dish towels are for.

I buy white terrycloth “shop rags” in a 60-count bale from Costco. A bale will last me for 10 years or more of hard use before the towels become ratty or worn enough to recycle into rags. 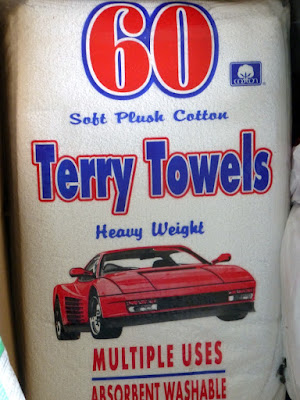 So, with dish towels so inexpensive and versatile, why are people so devoted to paper towels?

I think I got my answer many years ago while visiting a friend. I needed to wash my hands at her kitchen sink, where she kept a dish towel hanging from a hook. Naturally I reached for the dish towel to dry my hands ... and was so revolted I had to re-wash my hands and use a paper towel for drying. That’s because the dish towel was greasy, rank, and damp. It was one of those pretty decorative towels that evidently never got washed.

I’ve since learned that having decorative towels in the kitchen is fairly common for a lot of people. Decorative towels are expensive, so folks don’t have 50 or 60 tumbled in a drawer. They don’t change them or wash them on a regular basis. As a result, the towels are either (a) never used, because they’re so pretty; or (b) used so heavily that they get greasy, rank, and damp. No wonder paper towels are so popular.

What's the consensus here? Are paper towels worth the cost and waste?
Posted by Patrice Lewis at 9:07 AM