How many of you remember the dreaded 8th-grade science fair project?

Mine came in 1976. I knew in advance it was coming thanks to having an older brother who already went through it, so I actually embarked on it a year ahead of time. Being a budding biologist, my project was called "A Year's Cycle of a Stream." 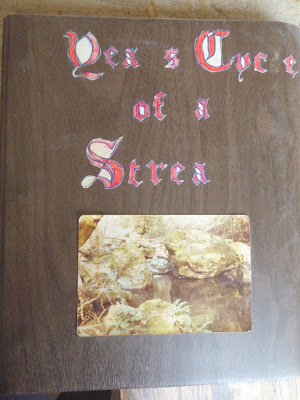 Yes, the photo above is the notebook I assembled to illustrate my findings. (I still have it! -- though it's missing a few letters.) It was a hefty notebook, too, full of write-ups on the flora, fauna, and entire ecology of a particular pool found in this stream. 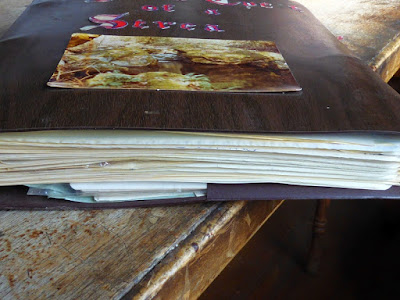 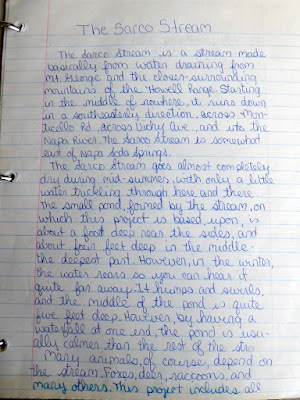 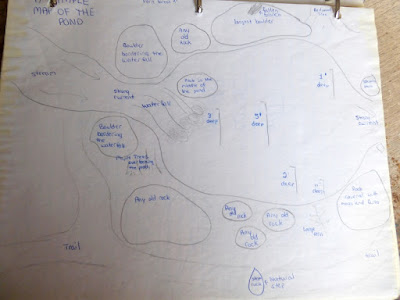 I got an "A" and a blue ribbon, and the opportunity to display my work at the regional science fair.

But most science fair projects strike terror into the hearts of students, and I don't think I've ever seen a more clever illustration of this than what was featured on the SunnySkyz website, done by a student named Susan M.: 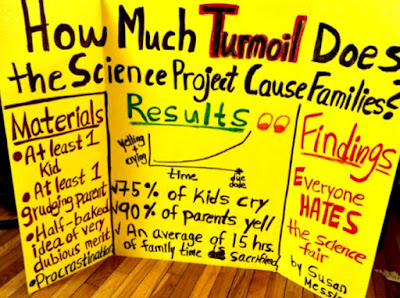 Okay, clearly this was assembled at the last minute. But what it lacks in research and hard work, it more than makes up in creativity and the guffaw factor.