If you lived in our neck of the woods, you might have found a mysterious bag on your doorstep this past week, a gift from the Magic Pear Fairy. 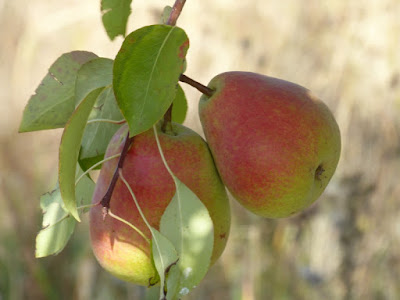 Yes, the Magic Pear Fairy has stuck again. Each fall, she polishes her magic wand, flexes her sparkly wings, and flits around from house to house, bestowing the blessings of pears on any unsuspecting mortal she can catch. 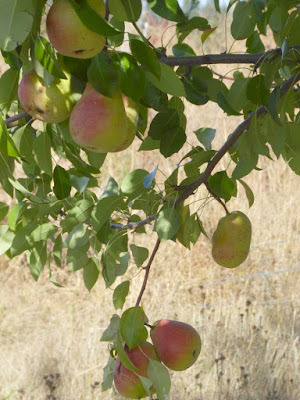 This is a very necessary yearly ritual because let me tell you, pear trees produce abundantly. 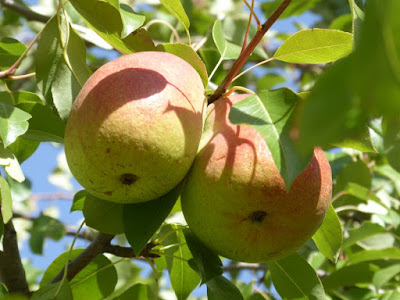 Here's the Pear Fairy's assistant, plucking from the upper branches. 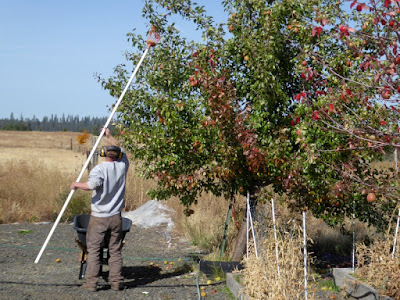 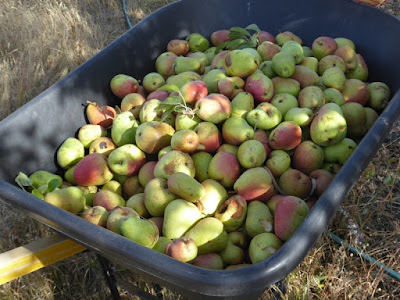 When the day came to distribute the pears, the hay sled came in handy to handle the load. 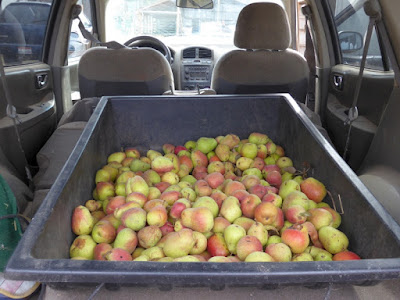 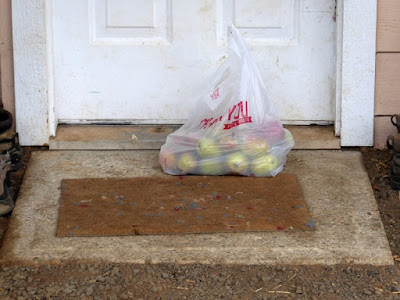 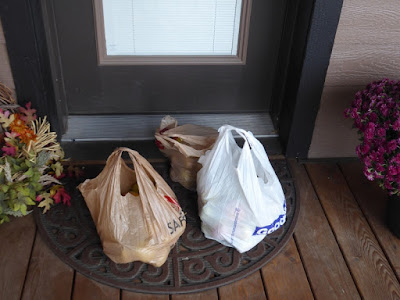 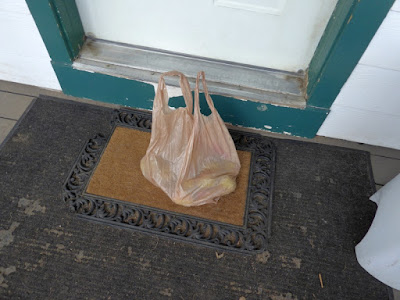 Others, the Pear Fairy was able to visit in person. Altogether seven neighbors (and one friend in town) were blessed with pears. When the Pear Fairy returned home, nothing was left but a few rotten specimens that went to the chickens. 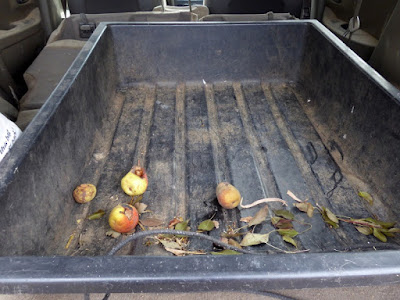 Email ThisBlogThis!Share to TwitterShare to FacebookShare to Pinterest
Labels: pears