Last night was one of those "white nights" where I slept badly and ended up rising at 2:30 am. I desultorily worked on my laptop and watched some YouTube videos to pass the time. My computer is located in the kitchen, which was lit only by one low-wattage lamp.

Next to my computer was the usual clutter of a home office, including a blob of thread or lint that had somehow made its way there. 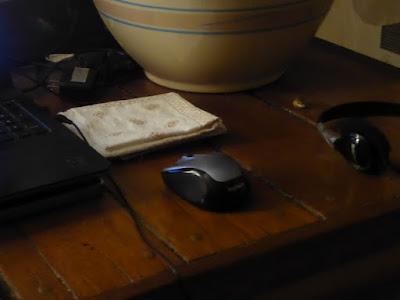 But as the morning crept in and the light increased -- and I decided to take the blob of lint and toss it in the trash -- I made an interesting discovery: I was being watched. 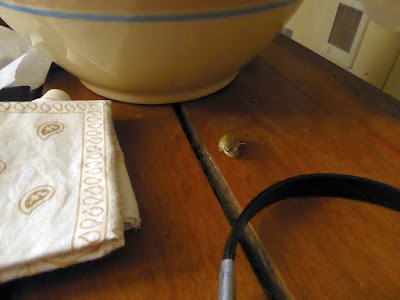 Yes, for hours this little guy had fearlessly sat inches away from my laptop, calmly watching me at work. I tell ya, never a moment of privacy. 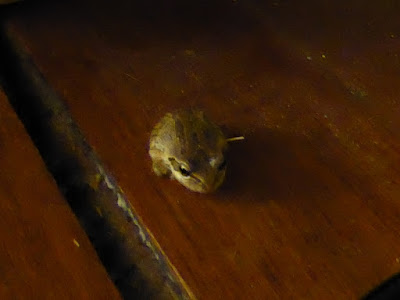 I scooped him up and put him outside. A few hours later, I found another little frog under the piano, and I also got him outside. Suddenly we have little frogs everywhere. This is why we ended up having a frog in our canning closet all last winter -- they're often hard to find.
Posted by Patrice Lewis at 11:22 AM

Email ThisBlogThis!Share to TwitterShare to FacebookShare to Pinterest
Labels: frog