It's spring, which means mice in the house. We've been setting traps and getting rid of them before they can explode in population.

Younger Daughter found herself hosting a family of half-grown rodents in her bedroom. Oddly enough, they had apparently not yet developed the instinct to run away, so she's been able to catch them in ... a teacup. 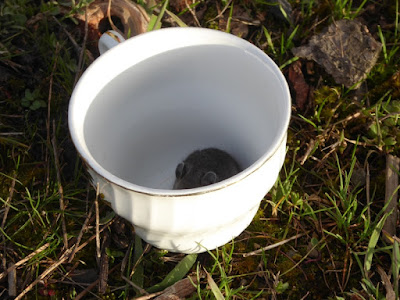 That's all it took. Plop a teacup over the bewildered little beastie sitting in the middle of the floor, slide some cardboard underneath, and the mouse was caught.

She admits mice are cuuuuute -- but not in one's bedroom. Or any room, for that matter. 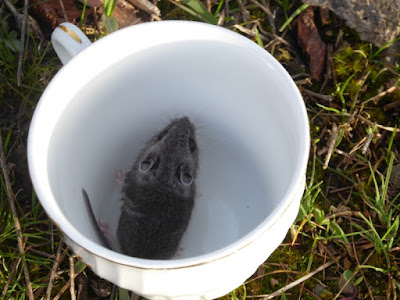 Using this same teacup, she managed to catch SIX half-grown mice over a period of 24 hours, which she released out by the woodpile (and yes, she washed the cup thoroughly). We caught five more mice in traps, and Lydia killed one more. So far so good: I think we won.
Posted by Patrice Lewis at 7:53 AM