Goodness, I have been utterly scatterbrained this week. It's been busy, yes, but that's no excuse for the absolute blog silence. Apologies to all my loyal readers!

So here it is – Thursday – time for our "Friday" Roundup. These, as you recall, are so we can all check in on what steps we've taken, big or small, to inch us incrementally toward greater preparedness (regardless of what day it's posted).

Here's what we've done in the past couple of weeks: 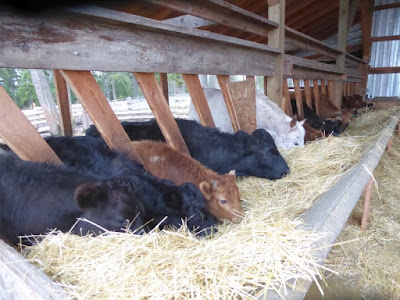 We were getting way too crowded – not just at the feed boxes, but also too many for our property to easily support. Now we're down to ten animals, a far more manageable number. We're not expecting any calves this year either, since we currently don't have a bull.

• In anticipation of sorting out which animals to butcher, Don built another "airlock" gate. We're putting in fences and gates across critical pinch-points on our property to assist when we need to sort out animals. 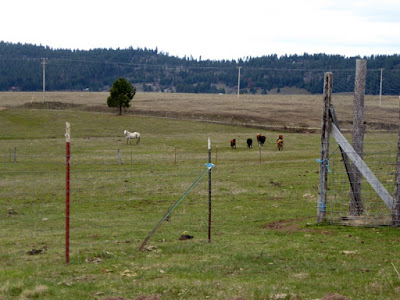 We tested this latest "airlock" when shooing the animals not getting butchered down to the pasture for a couple of days. One of the targeted animals escaped, but since she couldn't get past the airlock, it was a simple matter to get her back where she needed to go. As Don and I lose our farmhands (the girls), we need to come up with ways to work smarter, not harder; and airlock gates serve that purpose.

• After the butchering was done, Don took advantage of the livestock being down in the pasture to clean up some more of the muck underneath the feedbox awning. We didn't want the livestock in the pasture for more than a day or two, since the grass is just starting to emerge and we don't want it trampled or eaten down too early; so after a couple hours of scooping poop, we closed the gate and brought the animals back up from the pasture. 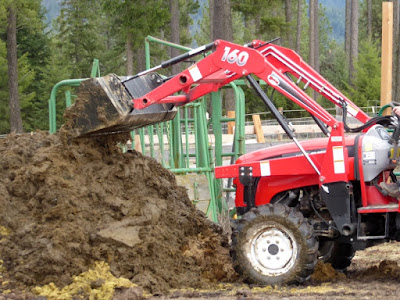 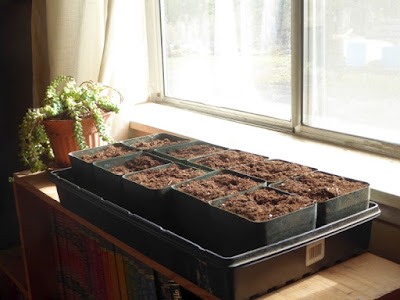 The broccoli and Brussels sprouts are just starting to come up. 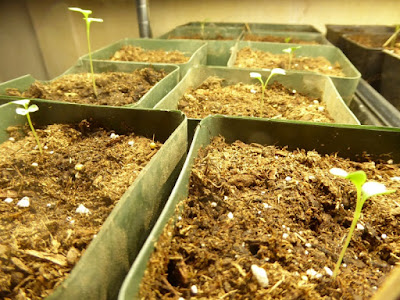 It's always fun to watch an infant plant push upward. 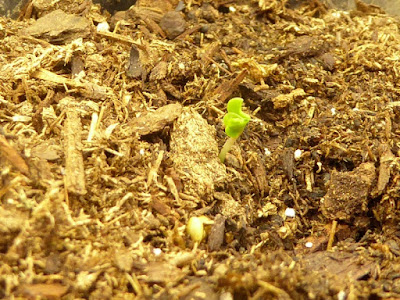 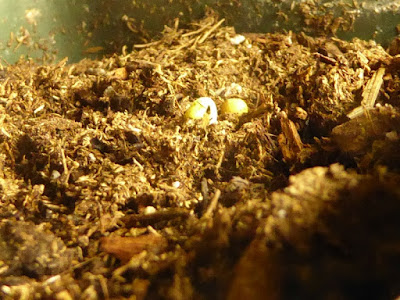 • We picked up the four hazelnut trees we ordered and paid for last fall. 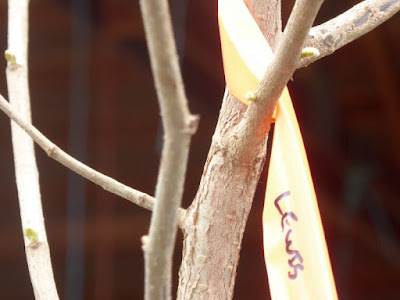 For some reason I expected these to be a lot smaller than they are, so I'm delighted they're already at such a height. Unlike the walnuts we planted last May (and may take as long as 15 years to produce), hazelnuts should bear a crop much more quickly. 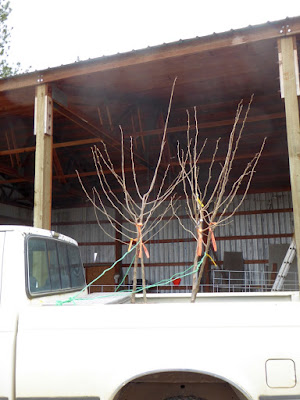 Hazelnuts (sometimes called filberts) and walnuts are the two types of nuts which will successfully grow in our area. Having a permanent source of plant protein (nuts) is a valuable addition to our farm. 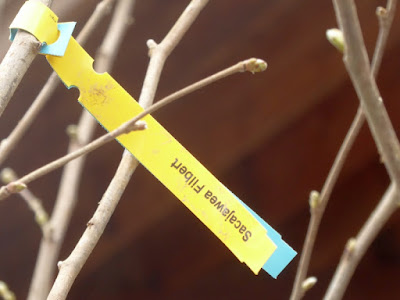 • It's been raining an awful lot, precluding much work in the garden, but I got a bit of a start at weeding some beds. 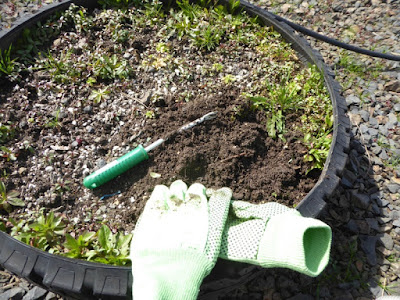 I noticed this little guy... 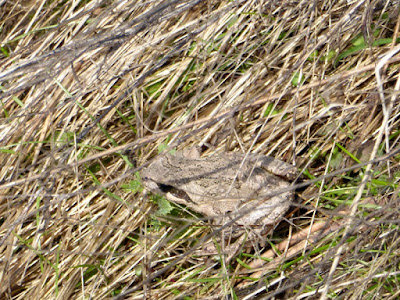 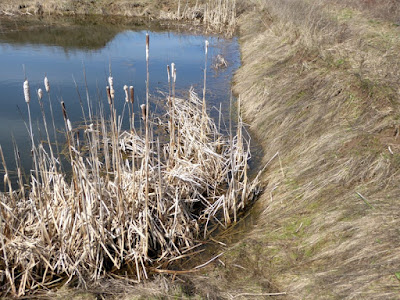 ...keeping a sharp eye on Lydia. 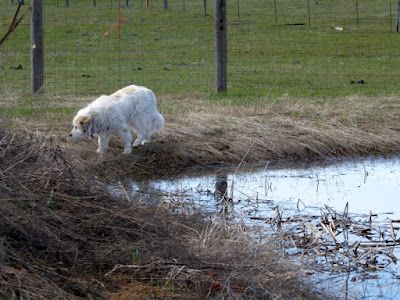 • One of our pear trees, which bears prolifically, had two large branches growing out at awkward angles. 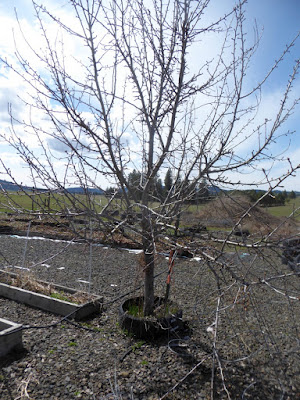 These would get so heavily-laden with fruit in the fall that we had to prop them up with tomato cages. 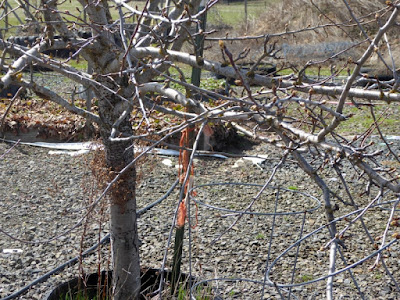 So I sawed off these two large branches, and nipped off a few smaller branches growing at odd angles. The result is a much nicer-looking tree. 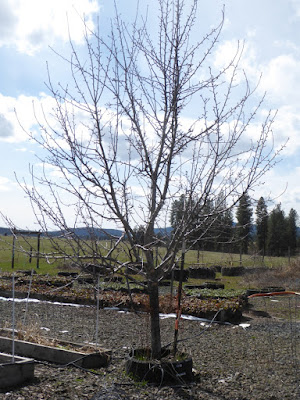 • I've been admiring the birds we've been seeing: 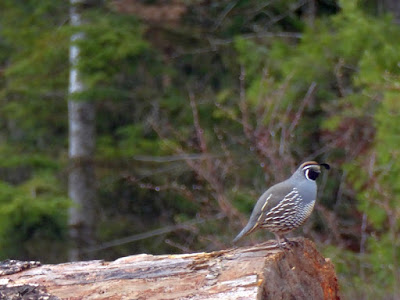 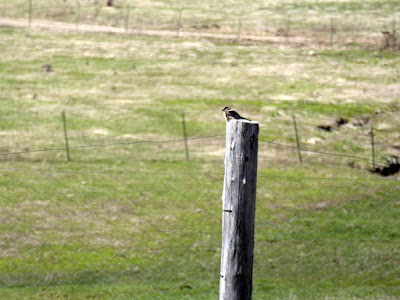 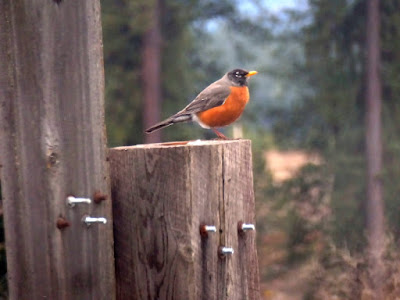 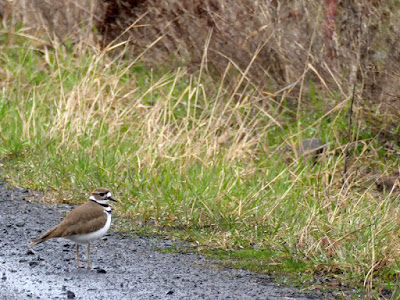 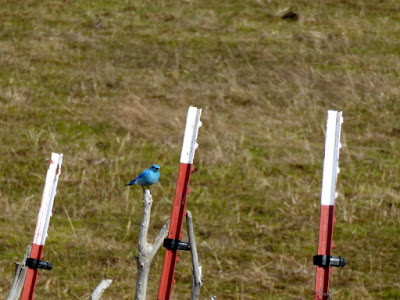 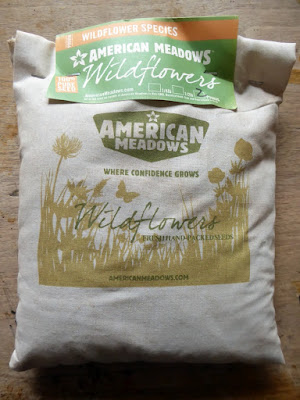 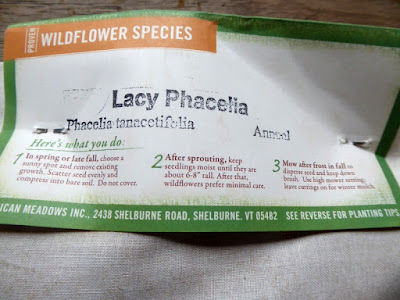 These flowers were among the mixed seeds we planted in the orchard last year. 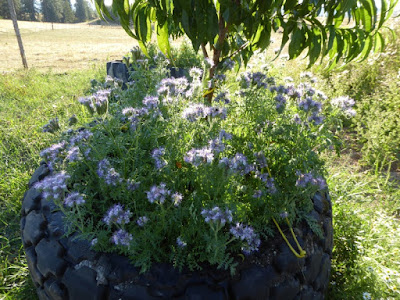 The bees went absolutely ballistic over them. 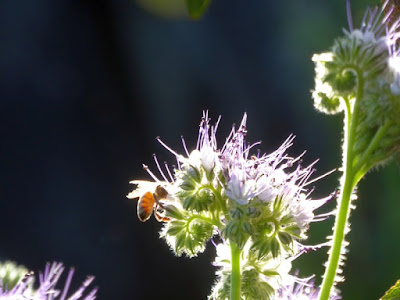 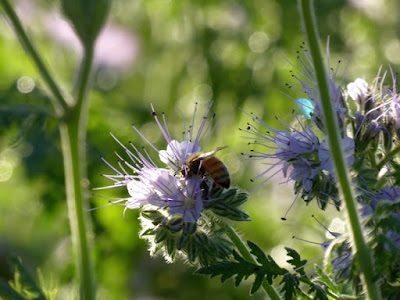 Come to find out they're extraordinarily heavy nectar-producers. They're also friendly to cows (some farmers even plant them for grazing). We're planning on sowing the mounded hillsides of nasty clay dirt that was piled when the pond was dug. This will not only stabilize the slopes, but provide endless food for the bees.

• I'm working on the talk I'm giving on May 6 at the Northwest Preparedness Expo in Prosser, Washington. This is put on by an nifty church-based group called the Lower Valley Assembly whose purpose is "to promote the advancement of self-reliance and security within the Lower Yakima Valley in accordance with the laws of nature and the commonly held Judeo-Christian principles by which the United States of America was founded." Hopefully if anyone's in the area, you can attend the expo.

That's what we've been doing around here. How has everyone else done as far as preparedness?
Posted by Patrice Lewis at 11:13 AM