Have you ever had one of those good days where you get lots done and nothing goes wrong? Yesterday was one such day.

We've had about a week of unrelenting rain, often for 36 hours at a stretch. Obviously this limited any outdoor work. So when yesterday turned out to be dry, Don and I exploded outside and got stuff done. (I'll have more on each task in future blog posts.) 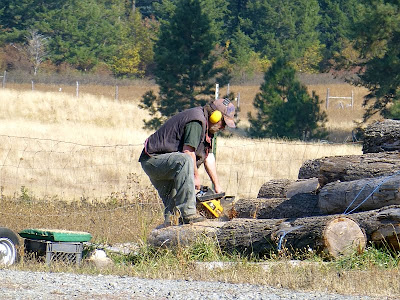 Later in the afternoon, I split the wood into an enormous stack. 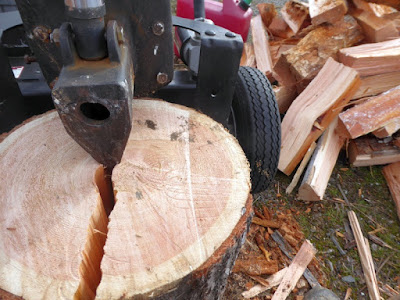 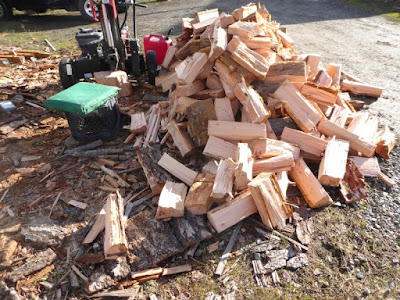 Don fired up the tractor and did something he'd wanted to do for several weeks: clean out the manure that had piled up under the barn awning. It was a task that we didn't get done before the snow got deep, and it had piled up even more through the winter, so it was long overdue. We shooed the livestock down into the pasture for the day and he spent many hours scooping poop. 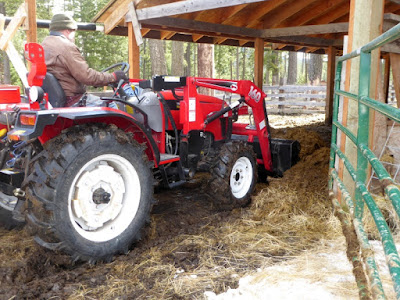 This is primo material to enrich a lucky pasture or garden once it's composted. 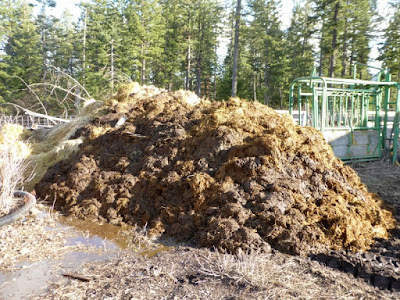 I made two chicken pot pies for our neighborhood potluck (it's our turn to host). 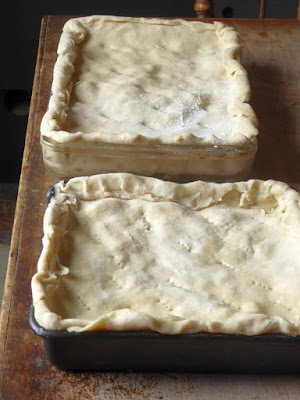 Then I released Matilda and Sean into the driveway area to let them stretch their legs... 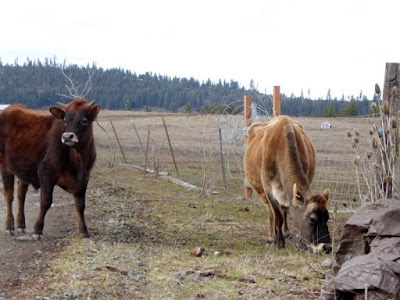 ...while I planted two thin twigs which are actually bare-root sweet cherry bushes we got in from a nursery this week. 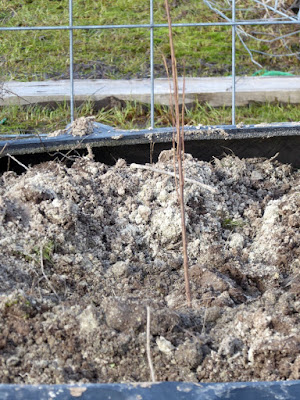 The day even ended on a pretty note: Deer against a setting sun... 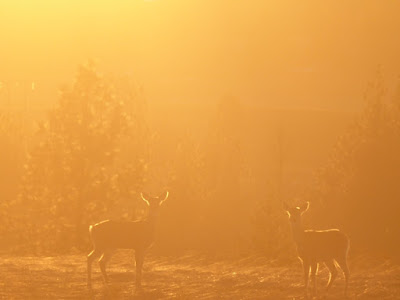 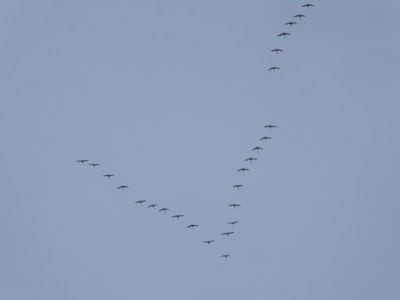 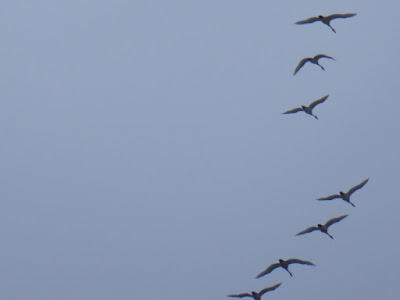 Perhaps our accomplishments yesterday seem modest, but in comparison to days and weeks of not being able to get anything done outdoors, we were left tired but smiling by evening. Yep, a good day.
Posted by Patrice Lewis at 12:48 PM