Spring is NOT cooperating. Or is it?

We haven't had a winter like this in some time. 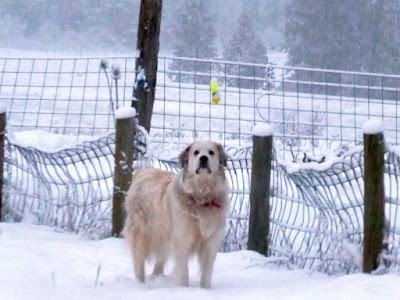 In the garden, the garden tires were practically buried under drifts. 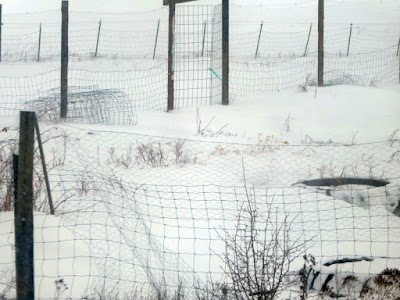 The taller tires in the orchard had big drifts around them as well. 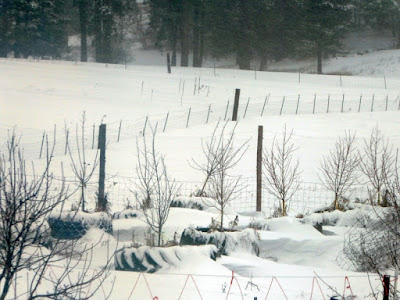 For a few short days, we were able to walk Lydia in the pasture, but that stopped after drifts once again blocked the gate, so we're back walking her on the road (which has stayed clear thanks to the diligence of a neighbor with a plow on his truck). I took Lydia out one afternoon just before an incoming squall quashed a rare patch of blue sky. 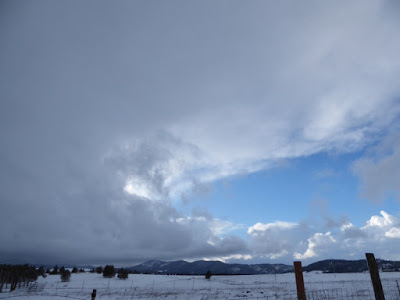 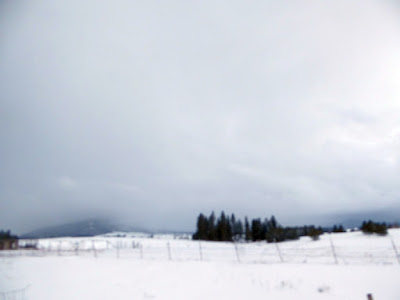 The wind whipped snow across the road. This -- not surprisingly -- is why we have drifts that keep catching cars. 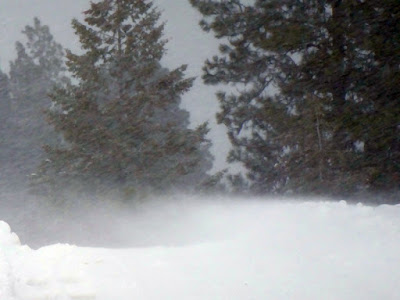 Yep, time to get back indoors. 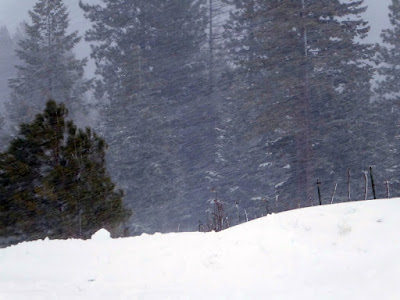 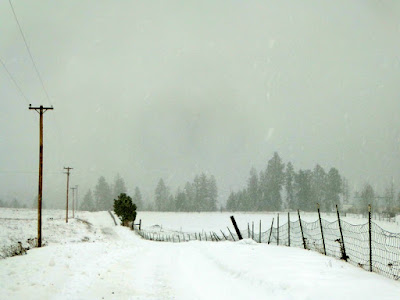 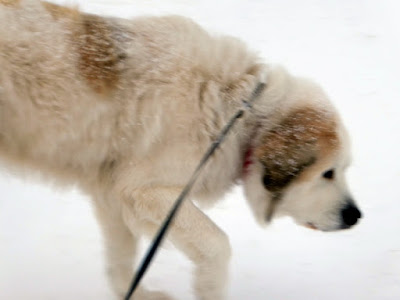 This lady seems as annoyed by the snow as everyone else. 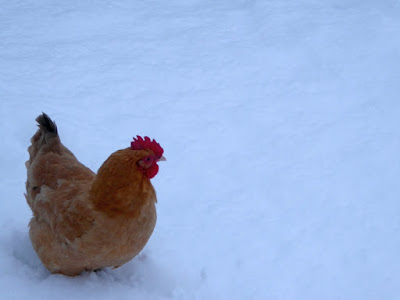 Thursday morning, we had three inches of the lightest, fluffiest snow imaginable. Despite a winter of the white stuff, I had to admit it was very pretty. 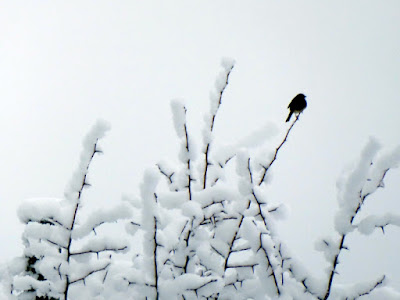 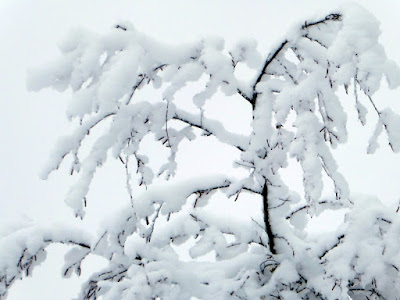 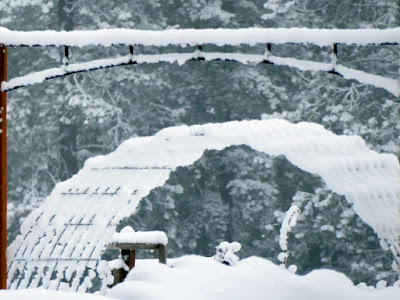 And then, suddenly, it was over. Winter was over. It was like a great celestial switch flipped. Temperatures rose above freezing (yesterday we hit a dazzling 48F !!) and the land started shucking off its mantle of snow. Thursday afternoon I drove into Coeur d'Alene, and the fields were taking on a piebald appearance. 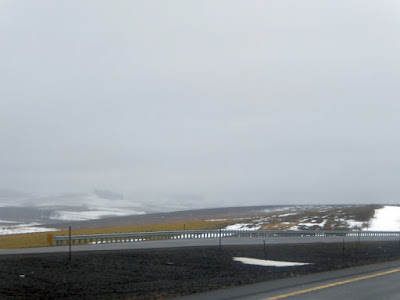 Deer are taking advantage of the retreating snow to nibble at the withered grasses beneath. 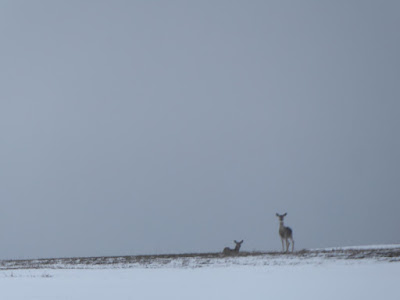 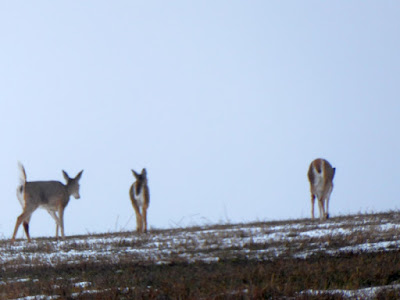 Yesterday was blustery with high winds, but we had sunshine. I took advantage of the retreating snow to scrub out the cattle water tank. Here Matilda's calf Sean investigates my activities. 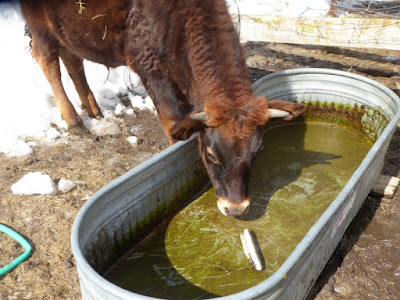 Refilling the tank (I even unplugged the tank heater!). 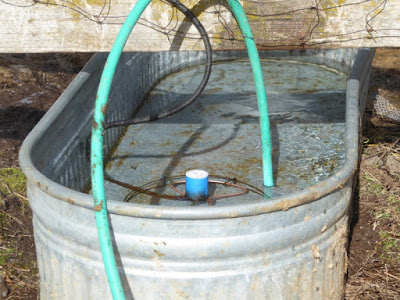 Matilda and Sean have spent the winter in the corral and barn, partly because elderly Matilda -- who is bottom of the bovine pecking order -- wouldn't be able to compete with the others at the feed boxes, and partly because they got snowed in and we couldn't open any gates to let them out. But I can dig out the gate now, and they'll be able to rejoin the herd during the day.

Here Brit, our horse, drowses in the sunshine and enjoys the novelty of standing on bare ground. 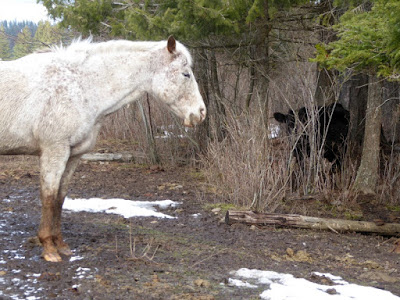 The weather in the foreseeable future looks decent. I guess we have broken the back of winter.

Today a neighbor and I are attending a day of gardening workshops in Spokane. I, for one, am looking forward to the day I can get into the garden and apply some of what I hope to learn.
Posted by Patrice Lewis at 4:58 AM