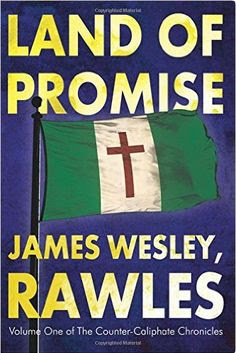 His newest book is entitled Land of Promise, and today is his "book bomb" release date.

Land of Promise is synopsized as "speculative fiction that posits the establishment of a Christian nation of refuge, in response to the establishment of a global Islamic Caliphate in the near future. Launched by a pair of free-thinking venture capitalists and an Israeli art dealer, the fictional Ilemi Republic is carved out of a disputed border region between Kenya and South Sudan, with the consent of the governments of these two neighboring nations.

Folks, if you enjoy dystopian literature, you won't be disappointed in Land of Promise.