Did you know the process of becoming an adult is now a verb? Yes, "adulting" is the process whereby young people leave the cozy sphere of their parent's protection and learn to make it on their own. Sometimes this is a slow and gradual process, and other times it's abrupt.

Today is Older Daughter's 20th birthday. Our beloved chick has flown the coop twice this year: the first time when she attended nanny school in Ohio for three months; and the second time when she got her first job with a family in New Jersey.

Ohio wasn't so bad because she didn't have too many "adult" responsibilities beyond that asked of ordinary students. However New Jersey is proving more of a challenge. Older Daughter is calling it a crash course in Adulting.

There are a number of factors in her favor with this new job. The family she is working for is lovely. She likes the parents and the four children very much. She also shares nannying duties with another live-out nanny, whom Older Daughter describes as calm, controlled, unruffle-able, and easy to work with.

But the massive suburbs that make up her corner of New Jersey is a little tough for our country mouse to get used to. And being without a vehicle (except for the admittedly generous use of her employer's SUV, complete with four car seats for the kids) means her ability to get out and explore the region -- or even attend church or sign up with a health club -- was limited.

Older Daughter had already gone through the usual hassle of relocating to a new state: changing mailing address, getting a New Jersey driver's license, getting a bank account, signing up for health insurance, etc.

She had also saved her money to purchase a used car. This in itself turned out to be quite an issue. 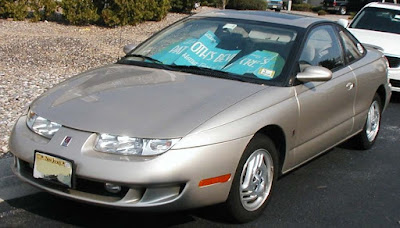 So far so good. But then she needed to transfer her savings from her Idaho bank account to her New Jersey account so she could buy the car. It wasn't until after the transfer was made that the teller told her the funds wouldn't be available for two weeks. In a panic she called us, and we temporarily transferred some of our funds to her so she could pay for the car.

Then, before picking up the car or being able to register it, she needed to get insurance. Car insurance, it turns out, is linked to health insurance. And due to some glitch in the system -- and despite having a local mailing address and New Jersey driver's license -- she had a dickens of a time convincing both the insurance company and the Department of Motor Vehicles she actually existed.

It was that ol' credit history nonsense again. Also, unlike the calm small-town DMV office she's used to here in Idaho, her new location sports the huge clichéd monstrosity of a DMV with lines moving a glacial speed and clerks that apparently hate their job. To top it off, she was dealing with the hair-pulling frustration of faceless incompetent government bureaucracy and impersonal big-company bureaucrats. Older Daughter only has about a two-hour window mid-day to get tasks like this done (before the kids get out of school) and it was frustrating beyond belief to convince the DMV and the insurance company that yes, she existed and yes, she was previously insured and yes, she's really living and working in New Jersey now.

So today -- her 20th birthday -- she is the proud owner of a nice little car all her own. It's even insured and registered.