In one of the corner posts of the garden, we have a pair of western bluebirds who are nesting. 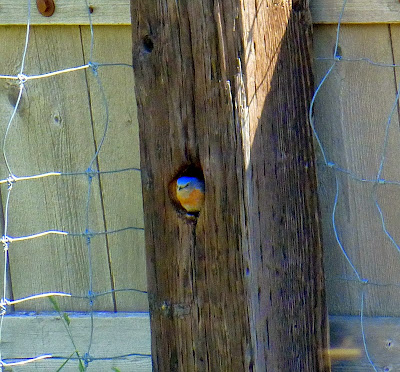 We figured this out after seeing the pair hanging around the area behind the barn and not leaving. 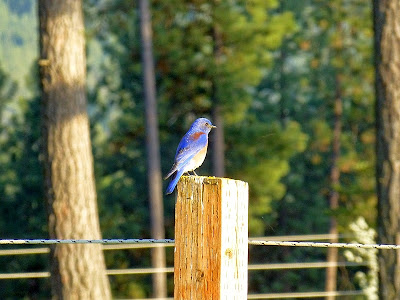 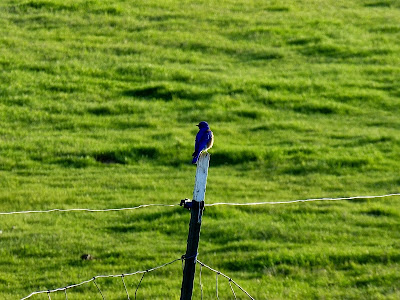 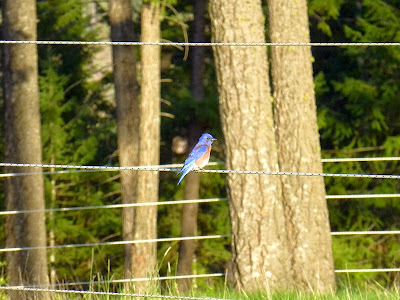 We try not to disturb the birds too much, but since we've been doing a massive amount of garden work, we're often in close proximity. And once in awhile I can't resist sticking the camera in the hole (it doesn't quite fit) to see what's in there. There were at least five eggs, probably six, but since the camera wouldn't fit all the way, I wasn't sure. 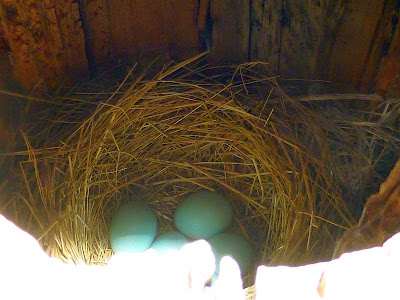 The eggs are now hatched and the nest is filled with wide-mouthed young 'uns. 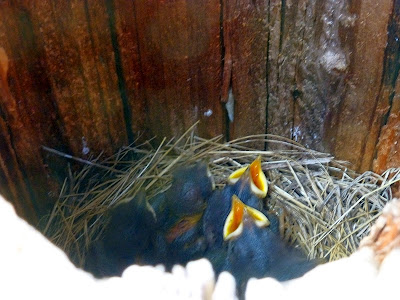 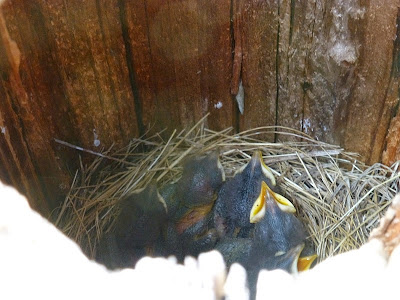 Now the parents' days are consumed by finding consumables in the form of yummy insects and worms. 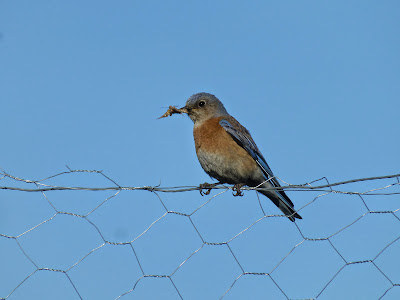 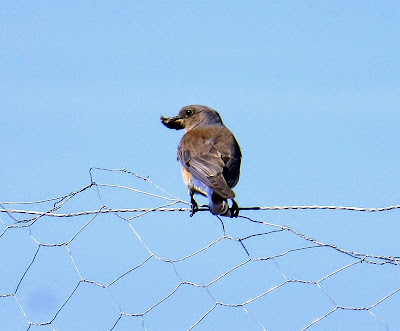 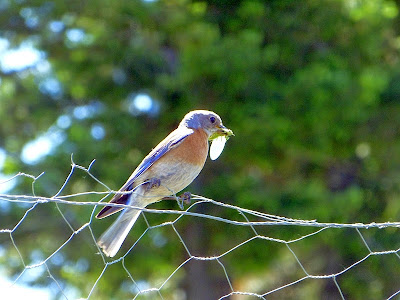 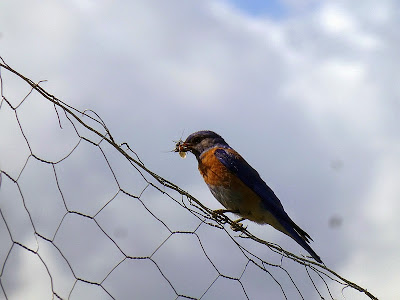 Looks so durned tasty, doesn't it? 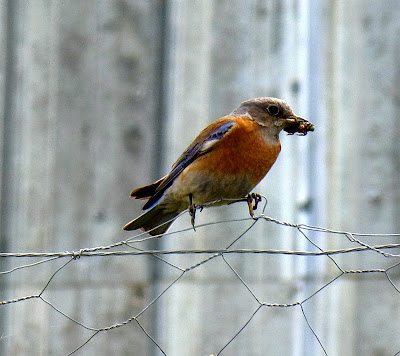 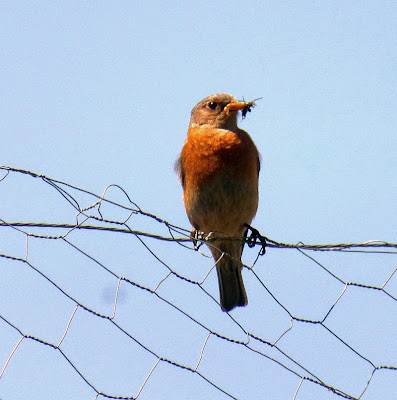 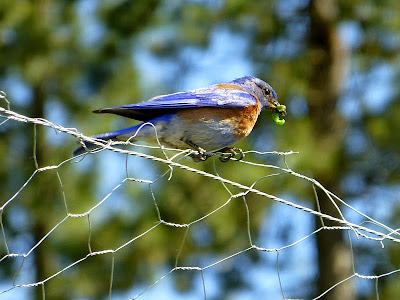 Sometimes I catch both parents with their mouths full. The Wikipedia article on Western Bluebirds notes, "During the breeding season, bluebirds are very helpful with pest control in the territory surrounding the nest." Natural pest control! I like it! 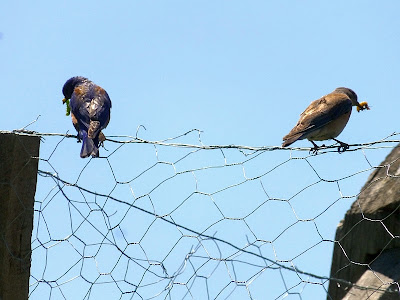 The parents will flit into the nest hole... 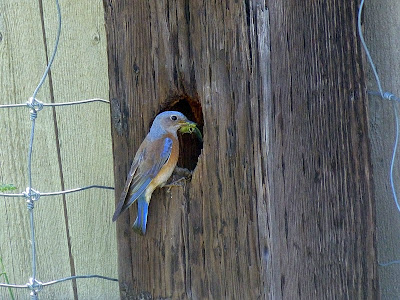 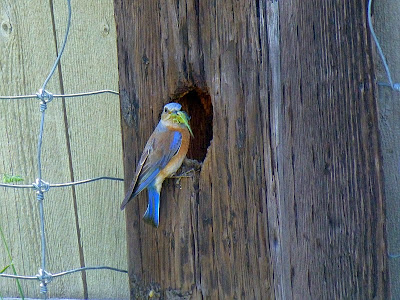 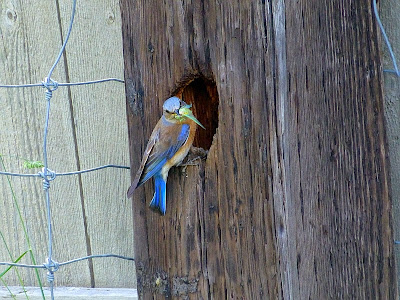 ...stuff the treats down their babies' throats... 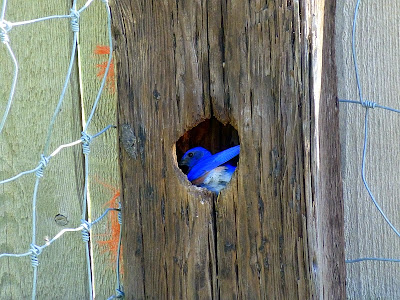 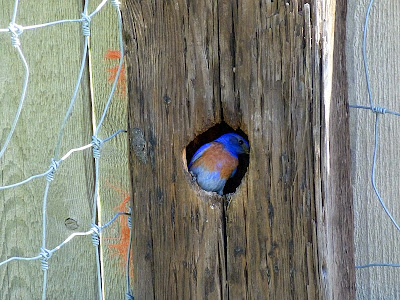 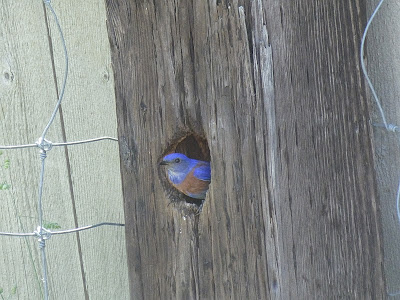 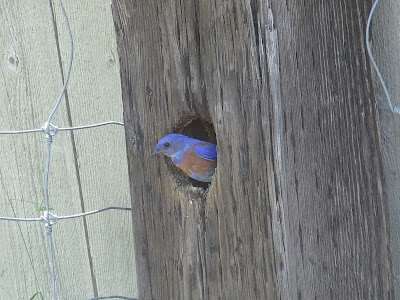 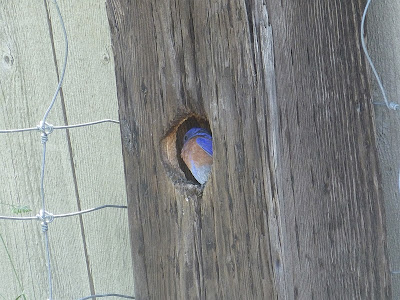 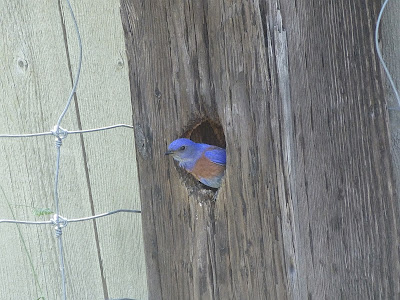 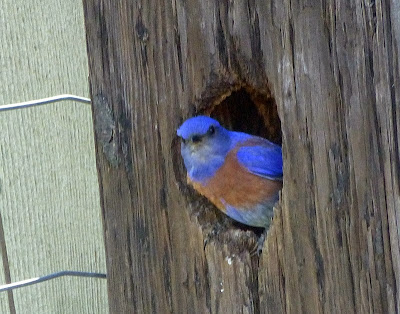 Posted by Patrice Lewis at 5:27 PM