The end of the "Bossy" call

For years -- decades -- we called in the cattle using our universal cattle call, named after the very first cow we ever owned: "Bossy bossy bossy bossy BOSSY!!!"

We didn't use it often, just when we wanted to call the animals from one side of the property to the other, and they always answered it. Younger animals learned from older animals what the call meant. 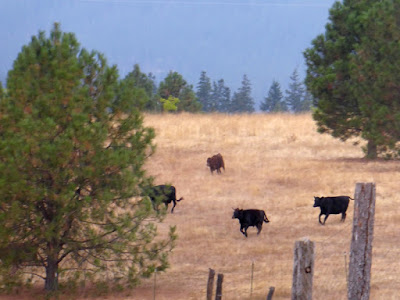 On Wednesday, I used that call for the last time. I called our remaining three cows into the feedlot, closed the gate, and conveniently left for errands in the city while the mobile butchers, Potlatch Pack, came to put them in the freezer.

Two cows and a heifer went into the freezer in early July. One heifer (on the hoof) went to some friends. That left three remaining animals (two cows, one heifer) to meet their fate on Wednesday. 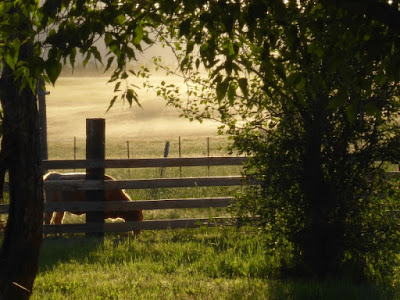 No more animals at the feedboxes. 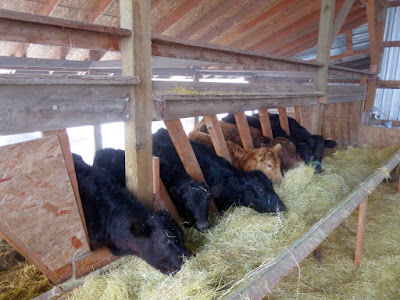 No more animals scattered in the pasture. 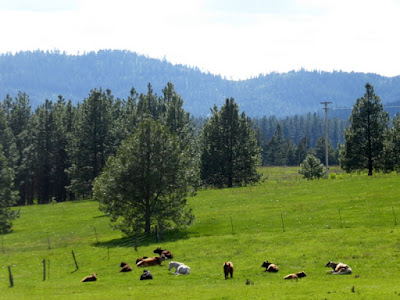 But it's all part of our plan to move. It would be almost impossible to take livestock with us, particularly since we have no idea where we'll be moving to. Once we settle in a new place, we'll populate it soon enough with bovines.

But in the meantime, the feedlot gate remains open. Why close it? 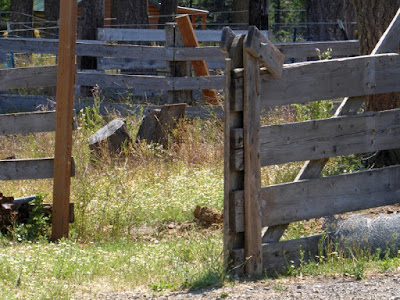