It's miiiiiighty quiet around here

Sunday morning, as usual, I released the chickens from their coop. 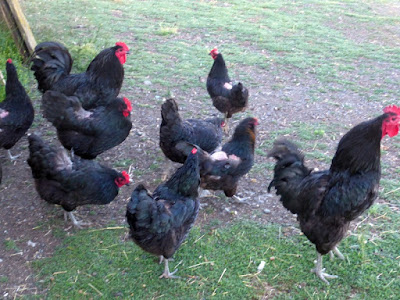 All day long, I watched them and took a few photos. 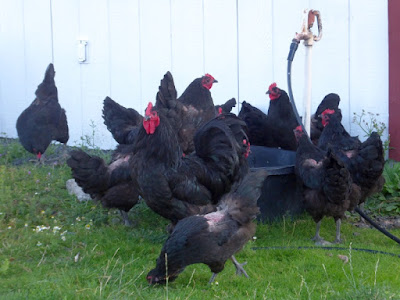 It's a nice flock, though we have way too many roosters (six!). 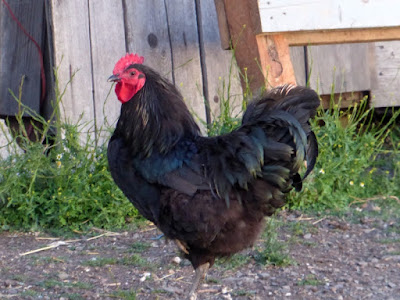 On Sunday evening, I taped up a bunch of boxes outside the chicken coop. 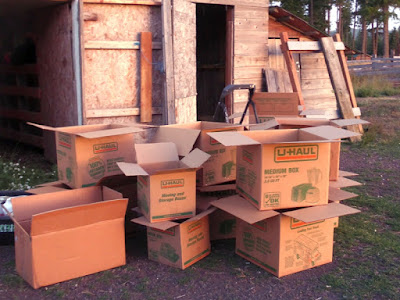 The birds watched me with interest but no alarm. After all, they had no reason to be suspicious. 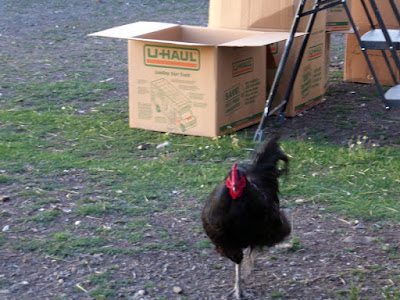 But as it turns out, they should have been suspicious -- because those boxes were meant for them.

Sunday night after dark, when all the chickens had gone to roost, Don and I started stuffing them into the boxes -- one rooster, and either two or three hens per box. We flapped the boxes closed and stacked them next to our pickup truck. When all the chickens were crammed, squawking, into boxes, we loaded the boxes into the truck and carefully drove to a neighbor's house about a mile and a half away. There the whole family poured out, all seven kids very excited, to watch and help unload their new livestock into the brand-new coop the oldest boy had built. Instant farm.

Unlike the difficulty in seeing the cows go to their reward in the freezer, at least our flock has an excellent home with wonderful people and happy children. If you're going to get rid of animals, it's always a comfort to give them to people who treat their animals well.

But my goodness -- if we thought things were quiet without the cows, it's nothing compared to now. No more crowing competitions among six lusty boys. No more clucks, cackles, and scratching from a flock of prolific hens. The coop door stays open day and night.

Just one more step on the road to moving.
Posted by Patrice Lewis at 6:27 AM