Prepping for winter -- the cheater's way

Here it is late August, and already it's time to start preparing for winter. While our house has received lots of interest on the market, we haven't had any bites; so we're getting ready to overwinter in place. Fortunately we're not in a hurry to sell, and overwintering is just fine with us. (It will give our girls a chance to come home and see how pretty the house now is.)

However because our focus has been making home improvements, we've had less time to devote to one critical winter prep: Firewood. So we decided to do something we've never done before -- buy firewood already cut and split.

Don answered an advertisement by a local fellow whose prices seemed reasonable. Last week, the gentleman brought in multiple truck loads of wood. 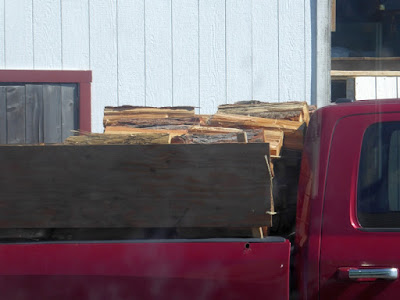 We were going through a hot spell (highs in the 90s), so he often started bringing loads at 6 a.m. when the air was still cool. Fortunately I'm an early riser, so this wasn't a problem. 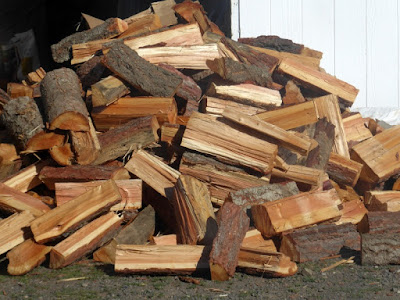 After every load, Don and I stacked. After three days of hauling in loads of firewood, we had four cords of wood stacked and ready to use. 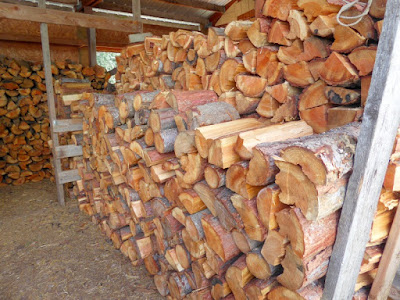 We stacked wood inside an inner pen (you can't see the rows stacked in back) ... 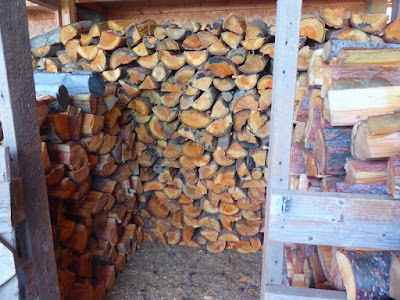 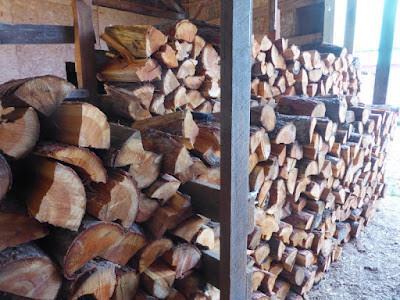 We also have some stacked on the side porch. 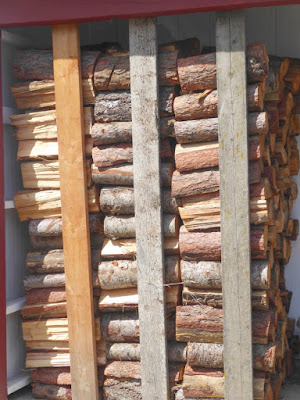 We feel vaguely guilty for buying stuff already cut and split -- are we cheating? -- but hey, our focus has been different this fall and time is at more of a premium. 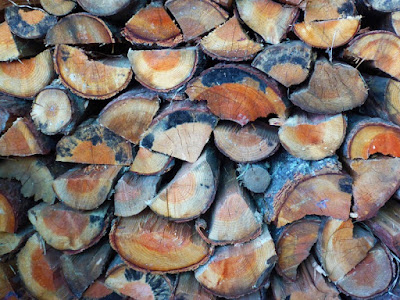 Four cords may not be quite enough to get us through next spring, but we also have some dead trees on the property we can cut and split ourselves. And I must say, it's nice to have our firewood already in.
Posted by Patrice Lewis at 2:23 PM