Older Daughter, who as most readers know works as a nanny in New Jersey, has a Facebook account. She seldom posts; it's more a chance for her to keep up with distant friends.

She just posted the photo below: 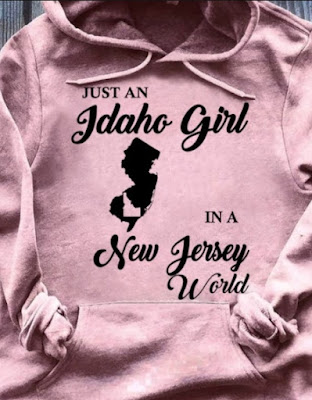 "I just got an ad for this here on Facebook," she noted. "It's so monstrous that I almost feel obligated to order it."

"It just shows how creepily dialed in their marketing is..." replied her aunt, my sister-in-law.

UPDATE: Reader Jeff in Idaho sent the following from the Terms of Service (click to enlarge and READ EVERY WORD):

ANOTHER UPDATE: Reader Jeff pointed out how the above Terms of Service is from FaceApp, whatever the heck that is. But apparently Facebook is far worse. See this link: Think FaceApp Is Scary? Wait Till You Hear About Facebook:


Facebook has nearly 2.5 billion monthly active users to FaceApp’s 80 million. It, too, applies facial recognition to photos that those users upload to its servers. It also actively pushed a VPN that allowed it to track the activity of anyone who installed it not just within the Facebook app but anywhere on their phone. When Apple finally banned that app, Facebook snuck it in again through the backdoor. And that’s before you get to the privacy violations that have led to a reported $5 billion fine from the FTC, a record by orders of magnitude.

"[W]hen you share, post, or upload content that is covered by intellectual property rights (like photos or videos) on or in connection with our Products, you grant us a non-exclusive, transferable, sub-licensable, royalty-free, and worldwide license to host, use, distribute, modify, run, copy, publicly perform or display, translate, and create derivative works of your content (consistent with your privacy and application settings)."