The sight no one ever wants to see

Yesterday in the early afternoon, I heard the sound of a large truck rumbling up our road. I stepped onto the porch and saw it was a firetruck, no siren but with lights ablaze. 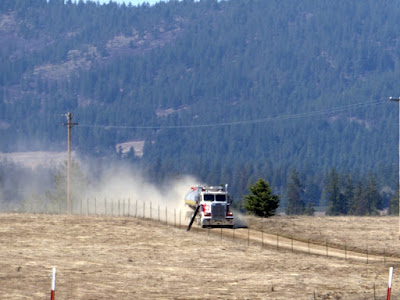 The truck went beyond our driveway, where only two other neighbors have property. Don and I looked around but saw no smoke, so we speculated perhaps it was a medical emergency.

Oddly it wasn't until another neighbor called that it was confirmed the truck was following smoke. Our neighbor's vantage point was clearer than ours, even though we're closer, because trees blocked our view. I walked down our driveway and saw this: 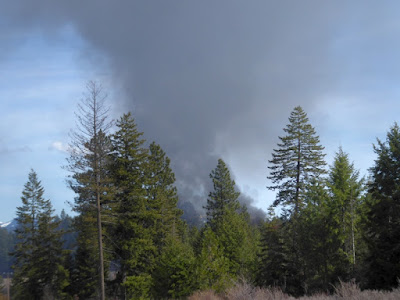 This was definitely one of those heart-in-the-throat moments as I imagined our neighbor's house burning. Additional trucks came in, more and more of them. 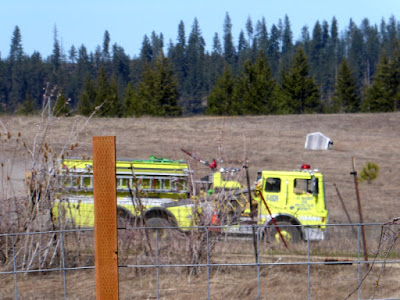 The cows were intensely alert toward the smoke. 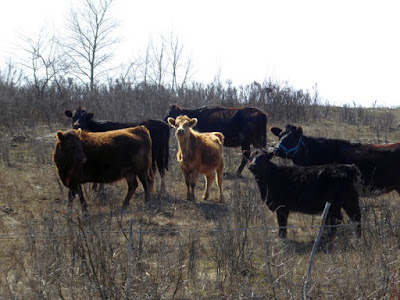 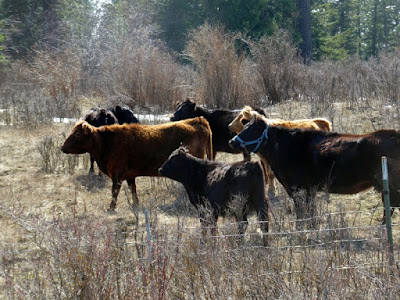 As I trotted down the road toward the neighbor's a quarter-mile away, I was surprised to hear what sounded like gunfire. Could it be ammunition exploding in the fire? In fact what I heard was simply the sound of the fire itself. I'd never been this close to a full structure burning and it was noisier than I realized.

As it turns out, it wasn't our neighbor's house, it was their barn. It was a small barn, more like a large shed, and it was completely gone by the time I got there. 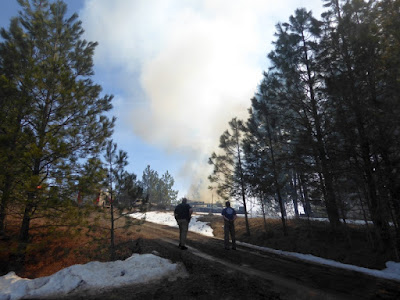 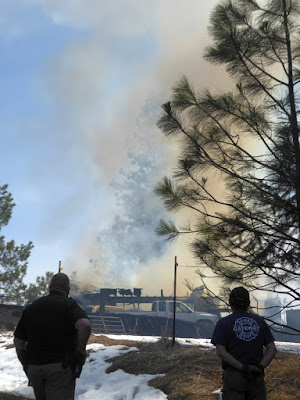 One of the neighbors said she had started a burn pile the day before, and the wind ignited the embers and started the structure on fire. Thankfully no one was hurt and no animals were in the barn.

It does illustrate the need to be responsible with burning. Right now the fire danger in our area isn't high since we're just out of winter, but it's still critical to keep burn piles contained and away from buildings.

I'm just thankful it wasn't any worse.
Posted by Patrice Lewis at 7:51 AM