I imagine many of you are wondering if I dropped off the face of the earth. My apologize for the blog silence!

What happened is Don and I had a double-whammy: two production runs of tankards due at the same time. We've been burning both ends of the candle and were simply pooped.

It occurred to me, some time during the midst of all the work, that the house had been taken over by tankards, as it often is toward the end of a production run. And this time it was two production runs. Everywhere I turned, we had tankard in various stages of completion. 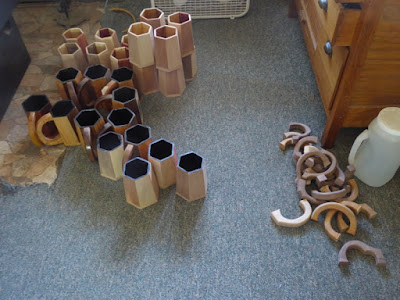 We were gathering together many loose ends and trying to get stock to the same point. These two lidded tankards, leftover from a previous order, were going out with one of the current orders. 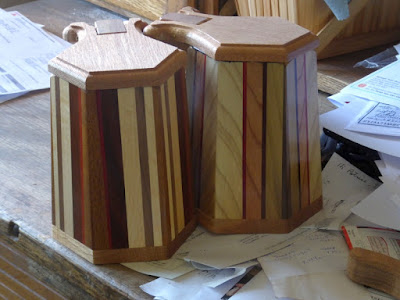 We pressed all kinds of surfaces into use. (That ugly yellowish thing in front is a glue pan, by the way, made from the bottom section of a gallon jug of wood glue.) 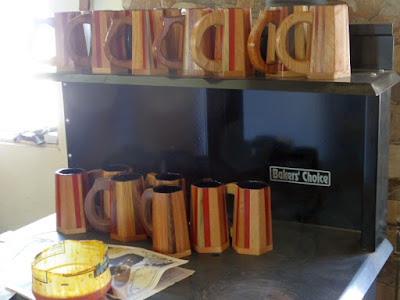 At any one time, we had tankards in multiple stages of construction. These are being tested for leaks. 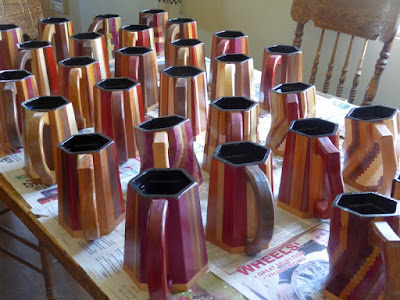 These just came out of the oven (we force-cure the lining by baking tankards at low temps) and are cooling. 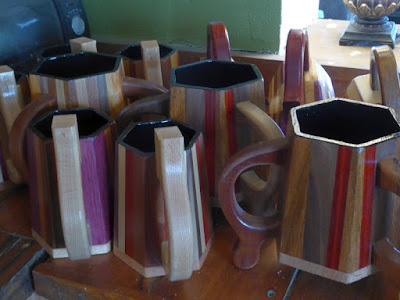 These tankards are freshly coated on the inside and are drying. 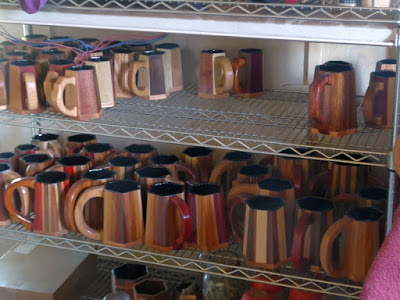 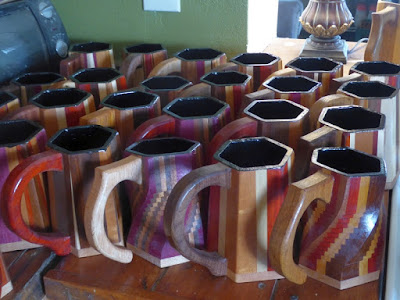 Tankards that we finished -- baked and tested -- were piled by the pantry, waiting for inventorying. 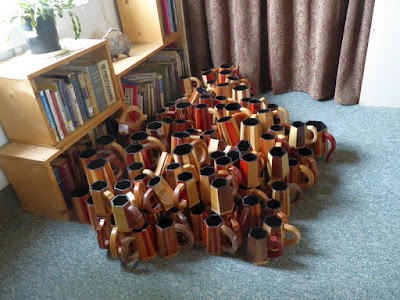 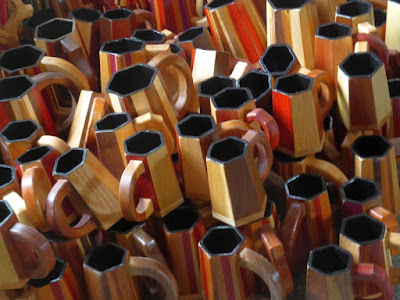 With one batch done, we continued working on another batch. Here we're gluing on handles. 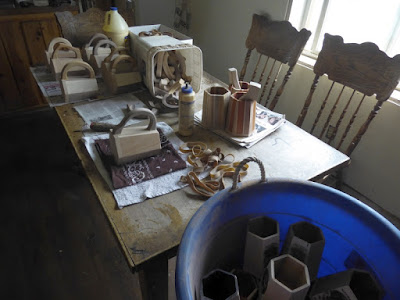 With the handles on, drying. 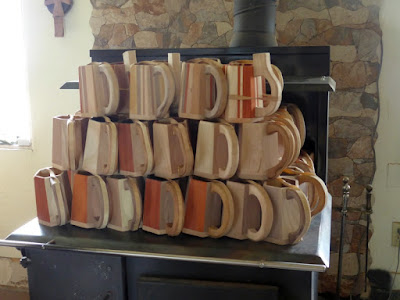 The pile by the pantry kept growing as we completed more and more pieces. 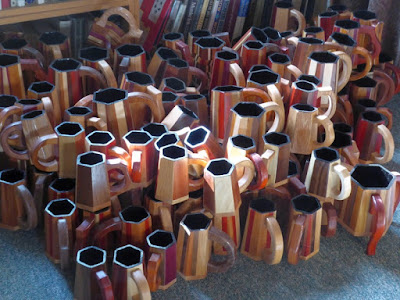 But we still had many pieces in various stages of production. Here we are in the shop, shooting varnish on the outsides. They've been shot once, and we're prepping them for the second shot. 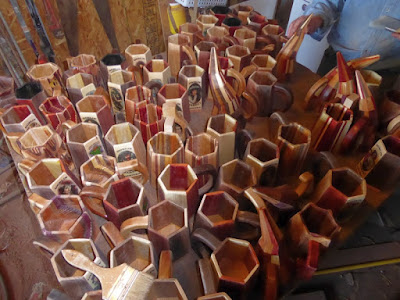 Skipping ahead, the tankards for the first production run are finished. We're divvying them into styles and taking inventory. 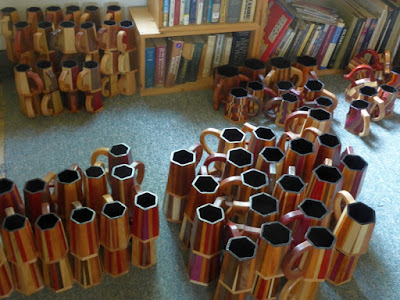 Now we're carding each tankard (attaching a guarantee card with the particular woods in each tankard listed). 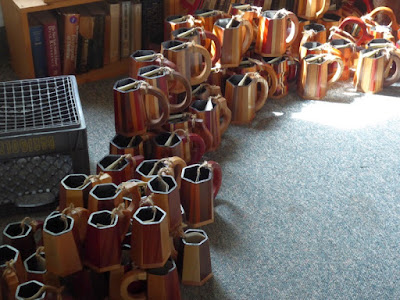 Boxing the tankards for shipment, each wrapped individually in newspaper. 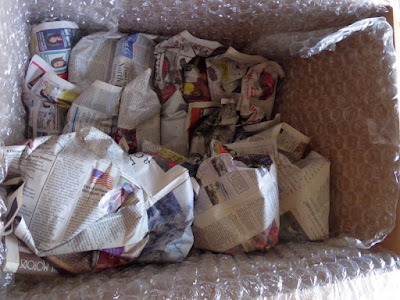 We shipped two enormous boxes on Thursday to one customer, and the other production run gets shipped today.

And that, dear readers, accounts for the silence on the blog for the past week. We're whupped!
Posted by Patrice Lewis at 7:49 AM