It was my turn to host our neighborhood potluck last week. I wanted to make something different, and spent a few days noodling around what it should be. In the end, I decided to make a (beef) meat pie. Not terribly creative, perhaps, but it was tasty.

It took two days to make. The first day, I took two chuck roasts and put them in the Crockpot (sometimes called a slow cooker). 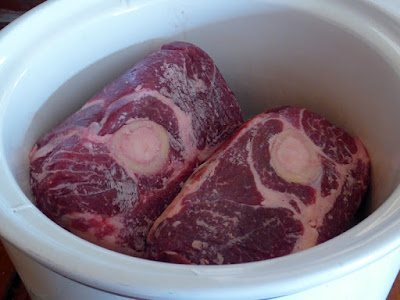 Then I peeled and diced five potatoes... 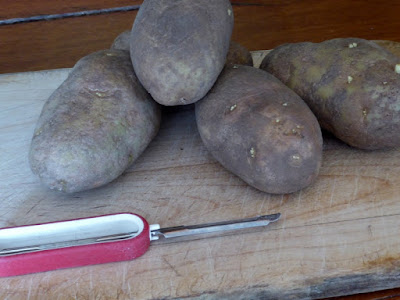 ...which I also added to the Crockpot. I also added about a quarter cup of Worcestershire sauce and nothing else. 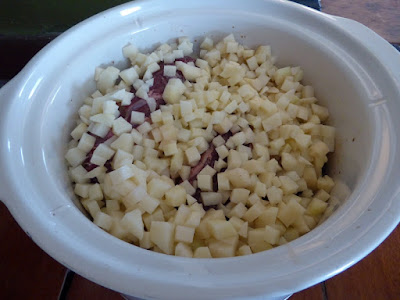 I let the meat and potatoes cook slowly all day. Then in the evening, I took out the meat... 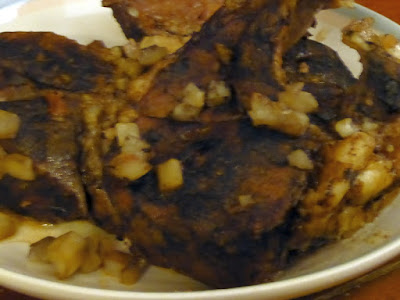 ...and shredded it. Then I put the meat and potatoes in the fridge overnight. 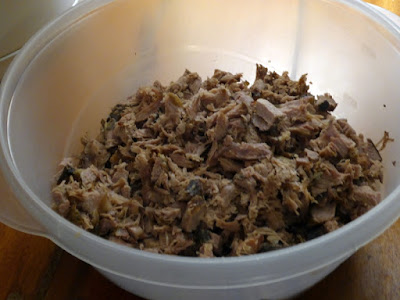 Mr. Darcy got some of the fatty scraps, which he thought was just a splendid idea. 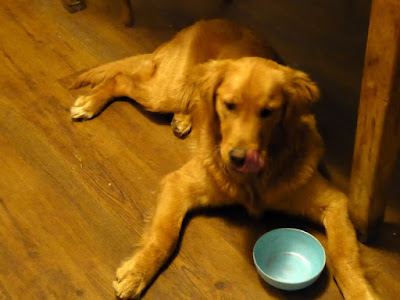 The next day, I started the pie itself. I chopped up two onions... 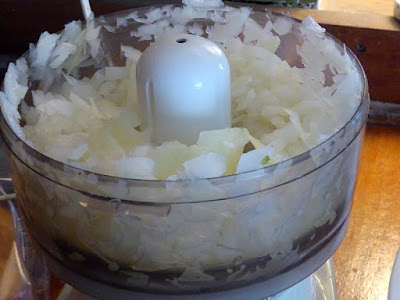 ...then I added peas, carrots, and garlic. Isn't it wonderful how much of this pie comes from homegrown or home-raised ingredients? 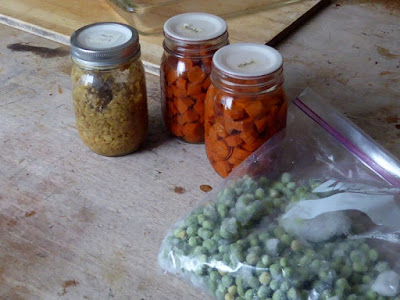 Here's the filling mixture, ready for the pie crust. For spices (in addition to garlic), I added salt, thyme, pepper, sage, and mustard powder. 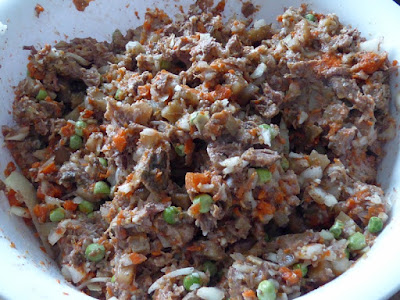 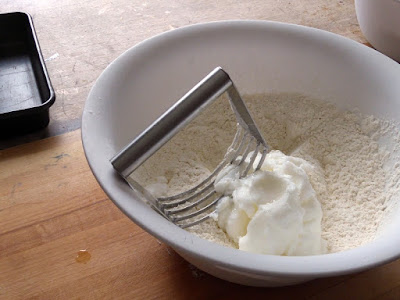 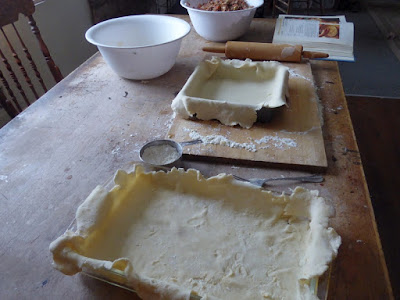 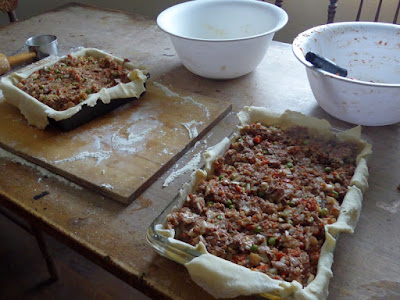 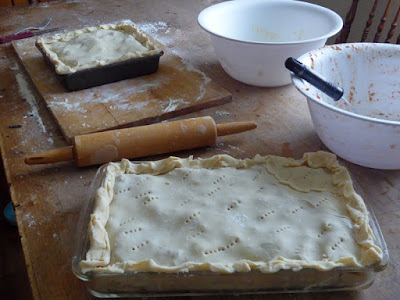 As it turned out, thanks to the nasty snowy weather outside, only two families made it to the potluck, so I only cooked the smaller pie (and put the larger one in the freezer for a future potluck). I baked the pie in the wood cookstove's oven. 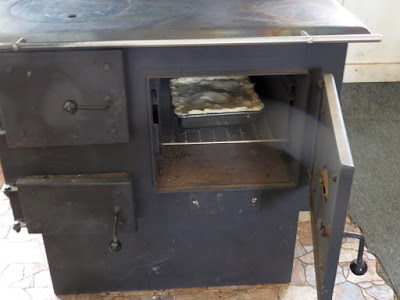 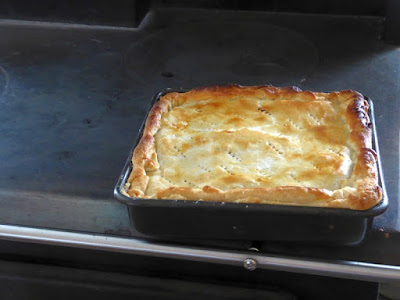 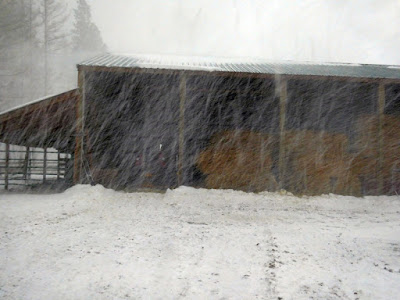 Here's the recipe I used:

Into the crock pot:

Posted by Patrice Lewis at 3:35 PM