Yesterday morning when I went to do morning chores, I saw Amy and Matilda standing in the corral with their ears pricked toward the woods. It didn't take a lot of deduction to discern what they heard. Victoria was having her calf. (Always pay attention to the body language of your livestock.)

I arrived literally seconds after the calf dropped to the ground. 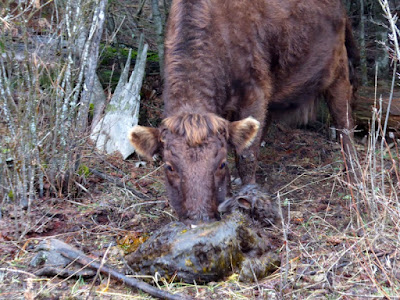 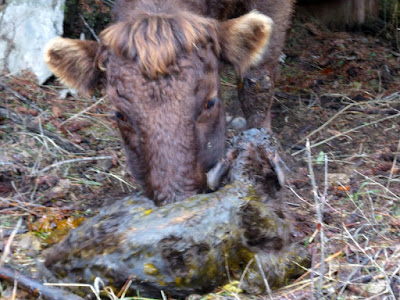 It's hard to tell amidst the gooey mess, but that's a little scrotum. We have a bull calf. 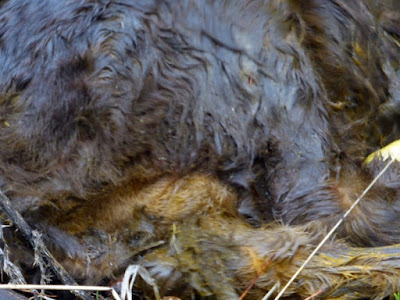 As with little Hickory, this fella arrived in a window of very nice weather. Calm, not very cold (about 35F at the time), and some sunshine. We just got finished with a bout of rainy, windy weather, so I'm grateful Victoria held off until things were better.

I left her to deal with the baby. When I checked in half an hour later, she was just starting to pass the placenta. 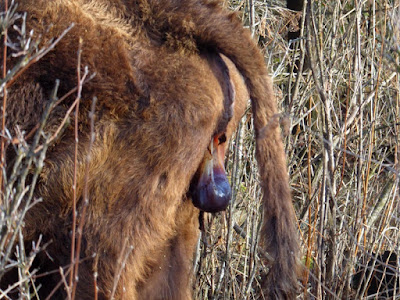 And the calf was already nursing. Look how identical in color he is to his mama. 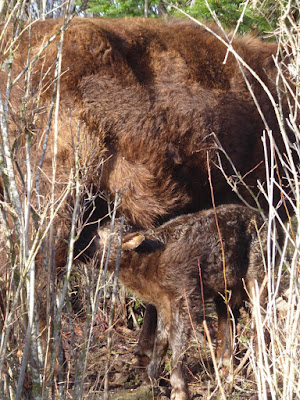 Don and I had decided in advance that if Victoria (a purebred Dexter) had a bull calf (which would also be purebred Dexter), we would keep him as a breeder. We've looked at the lineage of our animals and he can be bred to everyone but his mama, of course.

We checked in about an hour later, and Victoria had dropped the placenta and was starting to eat it (a revolting but instinctive practice). 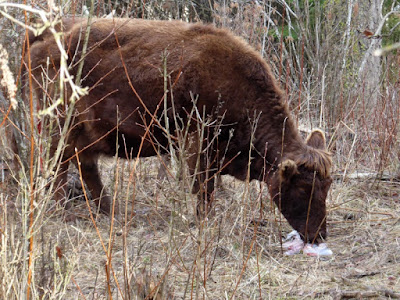 We waited another 20 minutes but she was still trying to force it down her throat, so we decided to intervene. Don armed himself with a stout stick and watched my back as I picked up the calf and moved him out of the woods into the driveway. (At this time of year, the feedlot is too muddy for calves, so we're moving mamas and calves into the driveway, which is rocky and firm, plus they have access to the barn for food and shelter.)

Once out of the woods, Victoria and the baby immediately made themselves comfortable. 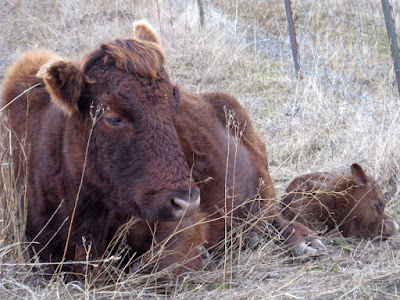 This morning the little guy is much firmer on his feet. 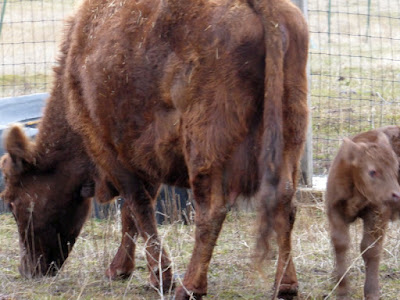 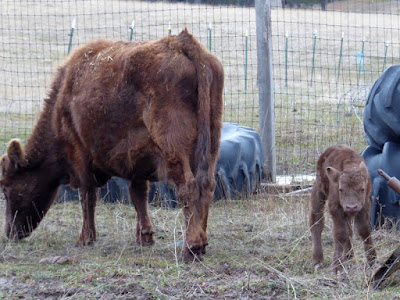 In fact, he's at the comical stage where he's steady enough to wobble and skip around, and Victoria -- mooing anxiously, udder swaying -- has to keep up with his gambols. It's quite funny to watch. 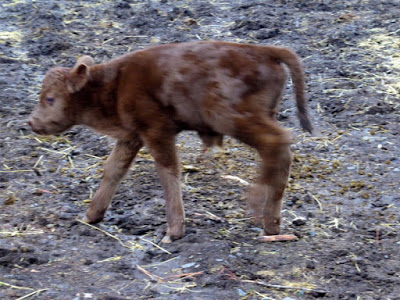 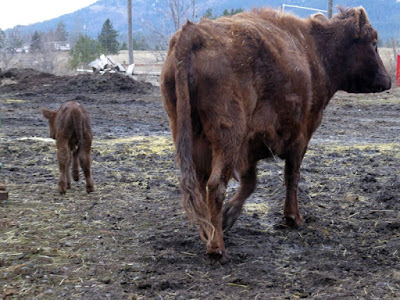 Meanwhile I'm noodling aronnd the name Ferdinand, after a favorite children's book "The Story of Ferdinand 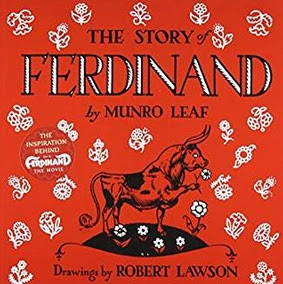 Posted by Patrice Lewis at 8:41 AM