Well, it finally happened. Fourteen years after we were told our well pump only had five years left, the pump finally died (right in the middle of Don's shower, of course). 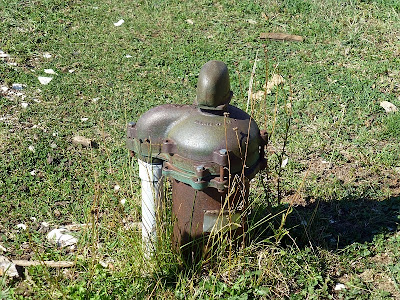 We got years of use out of this well pump. We have no complaints whatever about its lifespan. It was just, well, inconvenient to suddenly be without water. 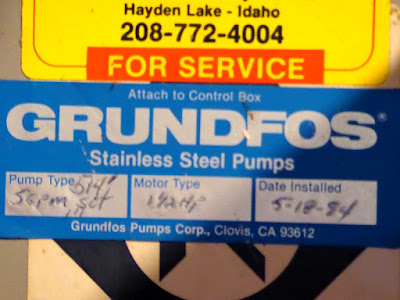 The last time we were left high and dry was during the windstorm and four-day power outage we experienced in November 2015. After the windstorm, we put some additional emergency water preps in place -- and this was the first opportunity to test them. As it turns out, we were much better prepared. The three things that were different this time around was the issue of livestock water, showering, and watering the garden.

After the windstorm, we changed our water-storage ways. We moved two 50-gallon food-grade barrels into the washroom, added a bit of bleach, and left them there. 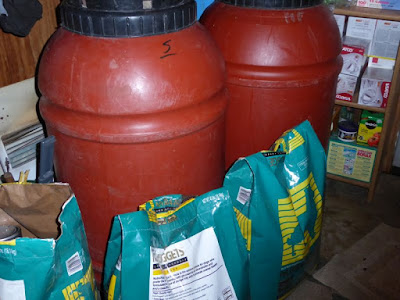 It was kind of inconvenient having these two honkin' big barrels of water in the washroom -- until we needed them, of course, after which we considered them to be a God-send. The stored water allowed us to flush the toilet and wash dishes without a problem.

We also had ten gallons (in one-gallon jugs) of fresher water stored on the bottom shelf of this unit. We used this for drinking water and had plenty. 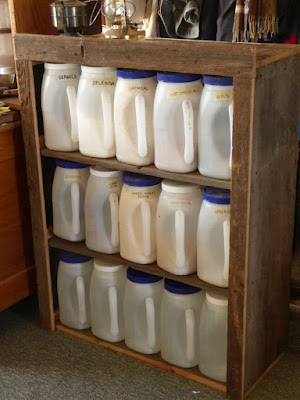 The livestock had already been moved down to the neighboring pond property which we lease for a few months every year. As the name implies, the property has a stock pond, so we didn't have to worry about watering the livestock. 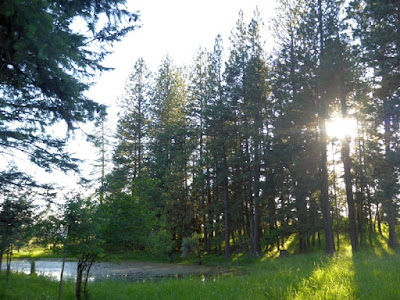 We had purchased a bilge pump

last year which worked so well we purchased several spares. Don cobbled together a temporary system to pump water out of the pond and through a hose for watering the garden. 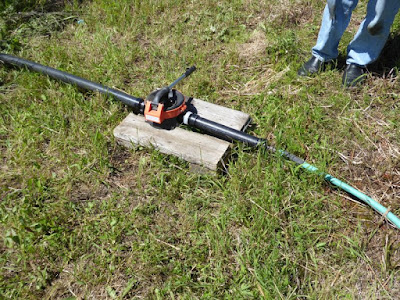 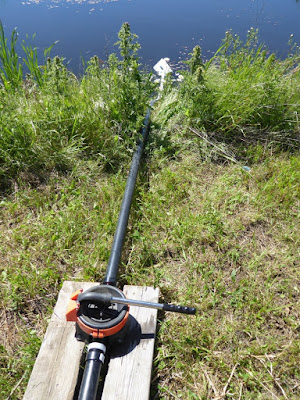 It was laborious but do-able. As it turns out, we didn't have to water too much of the garden since the pump was replaced within two days, but it was satisfying to take a theory (rigging up a garden-watering system) and turn it into proof.

Also, during the windstorm power outage in 2015, we had no way of showering. Shortly afterward, I purchased three solar shower bags

. We stored them away but never used them until now. Following the directions, we filled them with water and laid them out in the sun. 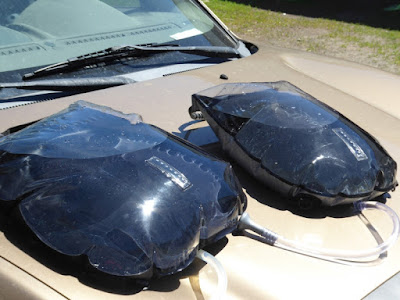 Within a few hours, the water was satisfactorily warm. 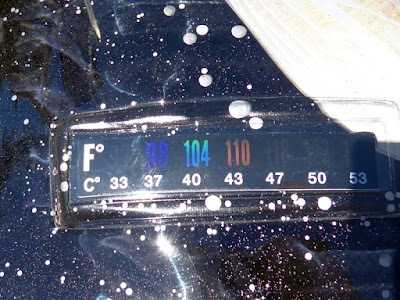 Don rigged a hook in the ceiling of the shower, and hung a bag. 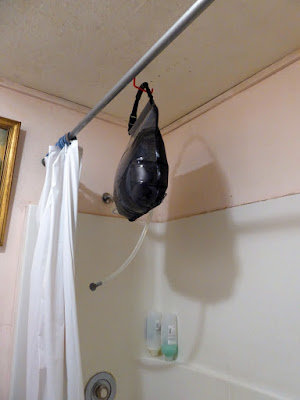 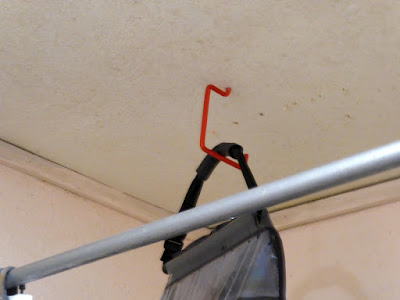 To be honest, I didn't have high expectations about these bags, but my goodness they worked beautifully. The hose nozzle allowed us to wet ourselves down with a minimum of water. In fact, Don and I both took showers off the same bag, and still had water left over (though admittedly I didn't wash my hair, which would have taken more water).

Within a couple of days, the well guys were able to make it to our place. 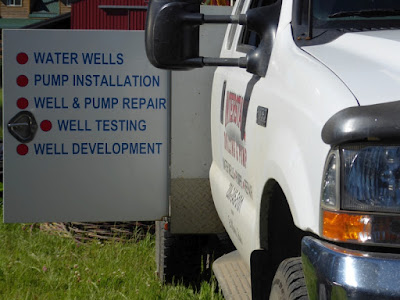 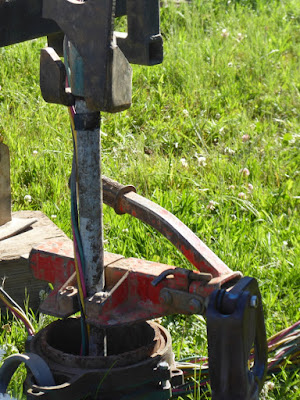 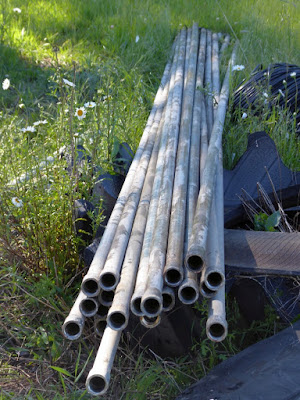 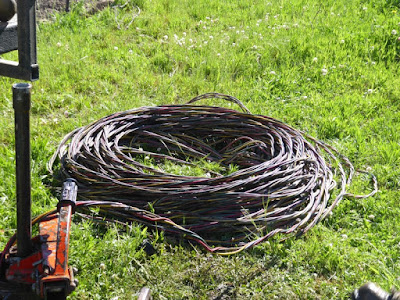 ...and swapped out the old pump for a shiny new one. 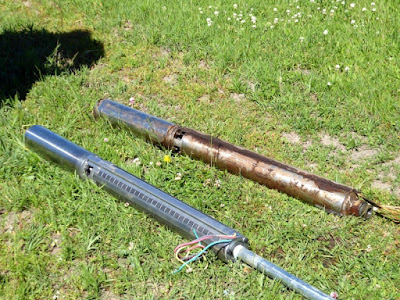 Then they re-inserted all the pipe and wire and buttoned everything up. 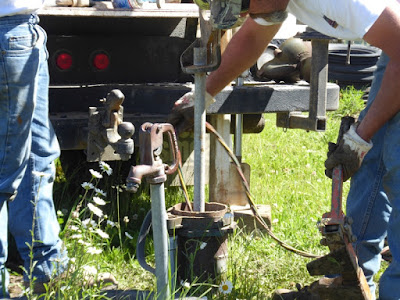 Some people like to think preparedness is just for the end-of-the-world zombie apocalypse. Nonsense. When the power goes out, when the well pump dies, when you lose your job -- then having preps to fall back on is awfully nice.

We were glad for the chance to test our preps. We still have more to do on the water frontier, but we sure were better off than last time without water.
Posted by Patrice Lewis at 2:47 PM