Aren't you proud of me? Here it is Friday, and I'm actually putting up a Friday Roundup! On a Friday!

Friday Roundups (regardless of what day they're posted) are posted so we can all check in on what steps we've taken, big or small, to inch us incrementally toward greater preparedness. 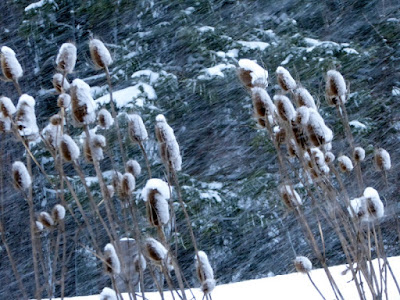 Since it's winter and outdoor work is limited, our Friday Roundups have been modest lately, but here goes:

• I wrote a WND column on why prepping is still important despite Hillary's defeat.

• A bunch of us teamed up to help get a neighbor's vehicle out of the snow (no photos, sorry). March roared in like a lion with 30 mph winds and snow, which built drifts three and four feet high across our road. Neighbors got together with a snobmobile, shovels, snow blowers on a tractor, and finally a bulldozer to get the road cleared. Community, the third leg of preparedness!

• I did a webinar with The Survival Mom as part of her Prepper's University "Advanced Intensive" series. The subject, of course, was homesteading and self-reliance.

• As a continuing process of decluttering our house, I took some of the accumulated discarded papers... 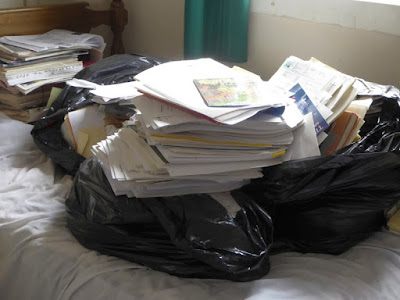 ...and got about half of them burned in the burn barrel. 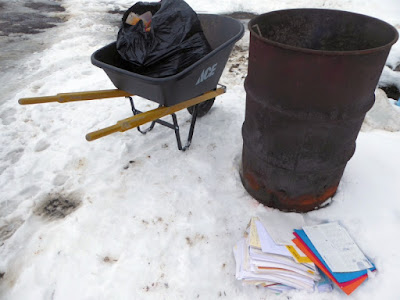 Some of the stuff we had packed away was absurd. A wall calendar from 1998? Oh puh-lease. 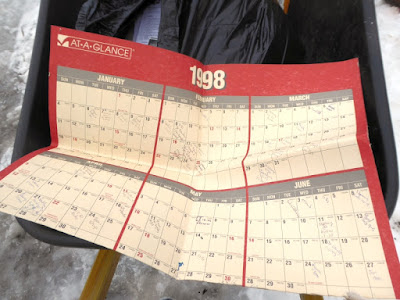 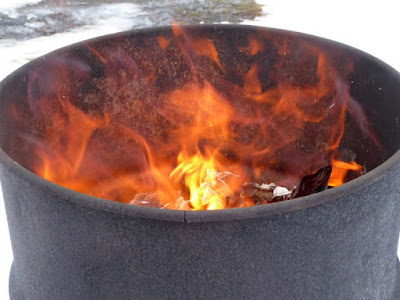 • Our wood cookstove started smoking and not drawing properly. We suspected the stovepipe was due for a major cleanout. We just didn't realize how bad it was. 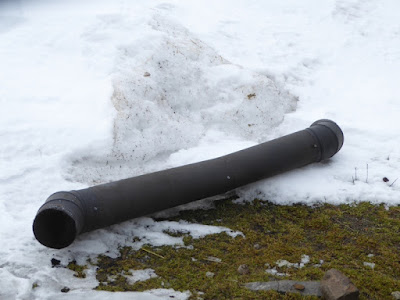 Earlier, a reader asked why we didn't burn the purged papers in the cookstove. The reason is because it builds up ash in the pipe like crazy. 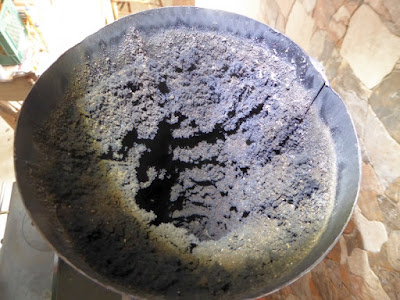 Cleaning the stove is dirty, but obviously necessary. 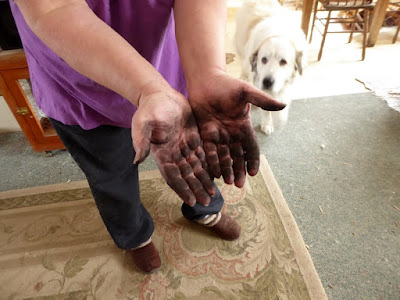 And once it's cleaned out, there's no finer way to both cook and heat the house than a wood cookstove, in my opinion. 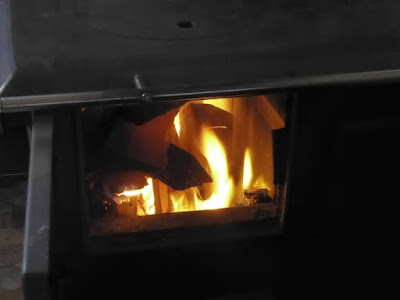 • I went through the girls' old doll clothes, which had just been tucked in an open-topped box and so had mice poo on them. I washed everything (including some of the cloth dolls) and scrubbed down the plastic dolls. I'll pack everything away in a mouse-proof crate after this. Some of these dolls' clothes were made by my mother with the girls were young. Others I wore when I was an infant, or when the girls were infants. Preserving childhood treasures is, we feel, important. 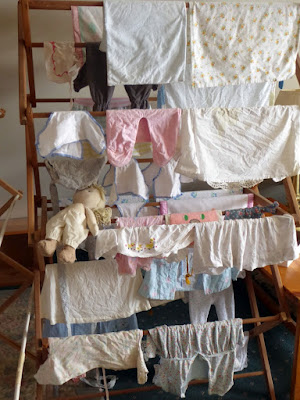 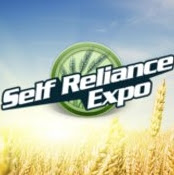 So that's our roundup over the last two weeks. What has everyone else done, big or small, to increase self-sufficiency?
Posted by Patrice Lewis at 2:39 PM