When my parents came to see us one time last week, my mother exclaimed, "There was a coyote in the pasture!"

Clearly coyotes are nothing new around here, but in the pasture? Yikes.

Well, we were coming back from town one evening a few days later ... and by golly, there was a coyote in the pasture. I couldn't pull my camera out in time to photograph him sitting smugly and calmly, literally right in the middle of the cow herd. The cattle, rather to my surprise, were not perturbed in the least, despite six small calves among them. I guess they figured they were more than a match for a single lone coyote.

Once we got into the driveway, I grabbed my camera and visually followed this wily critter. He was waaaaay at the other end of the pasture (plus it was dusky), so the photos aren't the clearest. 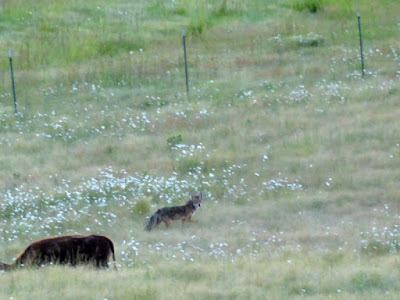 The cows followed his progress with interest but not alarm. 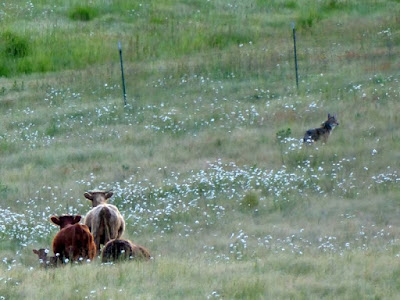 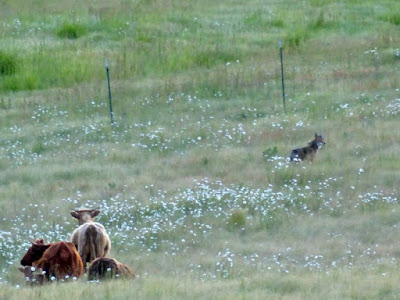 He slipped under the fence onto the neighbor's property... 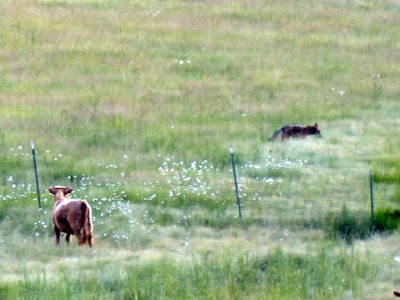 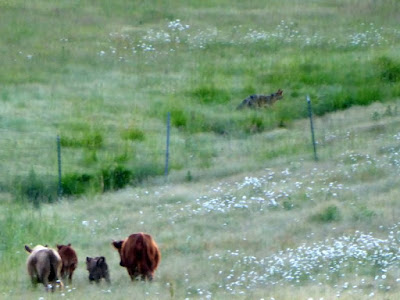 ...and soon disappeared from view. 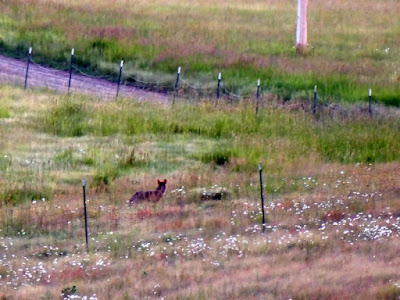 Knock on wood, we've never lost an animal to predation. Around here we have coyotes, bears, and cougars, but we've been fortunate beyond belief.

Posted by Patrice Lewis at 7:53 AM

Email ThisBlogThis!Share to TwitterShare to FacebookShare to Pinterest
Labels: coyote