Sorry for the silence

I've been getting alarmed emails and even concerned calls from neighbors, wondering at the sudden silence on the blog. Apologies! It's been a wacky loopy week -- but in a good way.

You see, Older Daughter came home for a visit from New Jersey! And there was more.

When we picked her up at the airport last Monday (June 6), and after the initial hugs and kisses, I told her, "We have a surprise for you."

I led her around a corner in the airport ... and there were my parents, her grandparents, who had flown up from California for a surprise visit. Older Daughter started to cry, she was so happy. It had been 18 months since we'd seen them. (No photos, sorry.)

So we had quite a reunion this week, which accounts for my silence.

As you can imagine, Lydia was beside herself to have her big sis at home. Lots of whining, licking, and cuddling. 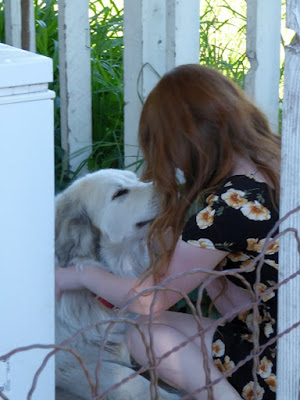 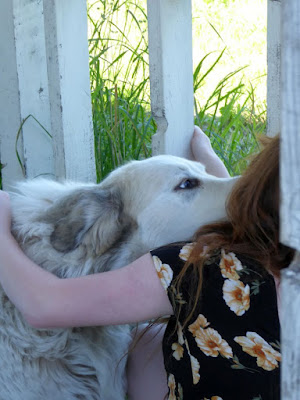 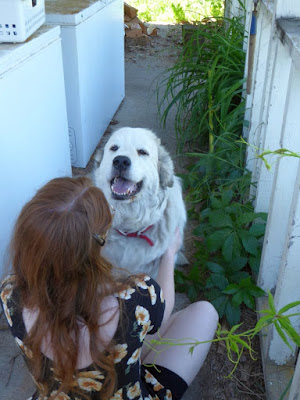 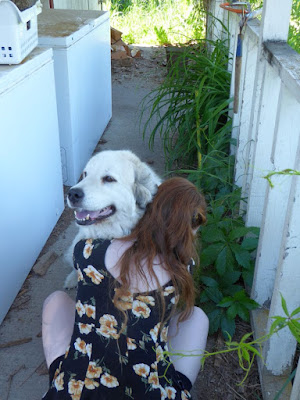 It's hard to say what we did all week. It was just so wonderful to have our kid back home -- she was so gloriously there -- and I felt like we just romped around. The girls got together with friends and went swimming at the lake (and got chased out by thunderstorms, so the gang showed up here instead) -- they went to a movie -- they went thrift-store hopping with their grandparents -- we had our neighborhood potluck -- we went to church. 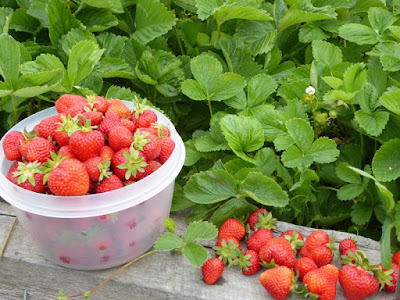 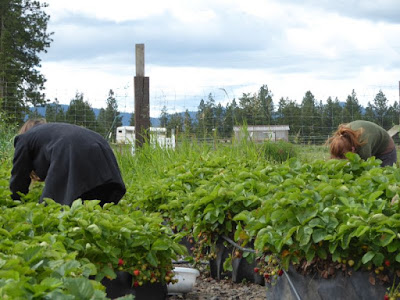 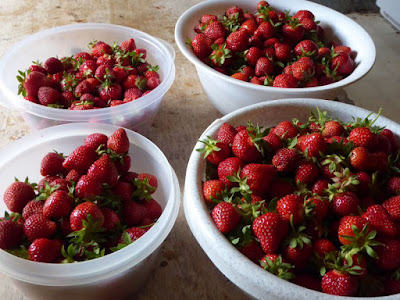 Meanwhile the temperature ricocheted around wildly. It was in the mid-90s when Older Daughter arrived, and it was way too hot to even give my folks a farm tour. We had to wait for a break in the weather. 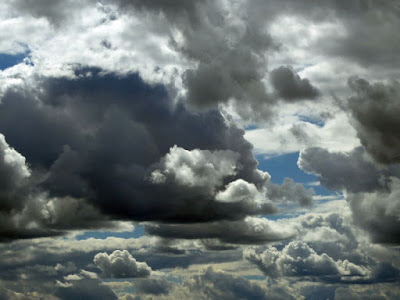 Well it broke, all right. No rain, but cold and windy. This morning I started a fire in the cookstove, and there's a freeze warning in effect tonight. I have no way of covering the many tires in the garden -- especially with the wind, which would simply whip away any coverings -- so I may lose my veggies.

Older Daughter left on Sunday. I had work to do and wasn't able to take her to the airport, but Don and Younger Daughter went, and my folks met there as well, so everyone had a chance to say goodbye. 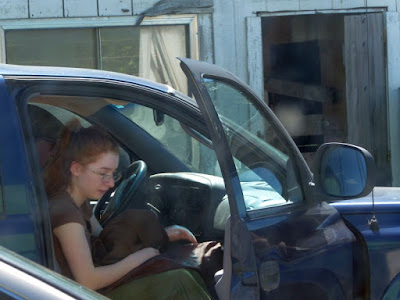 It was rough watching her drive away, especially knowing she would be traveling across the country on the same day as the horrific massacre in Orlando. 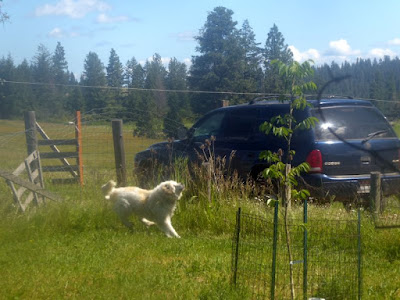 Then my parents flew back to California this morning. 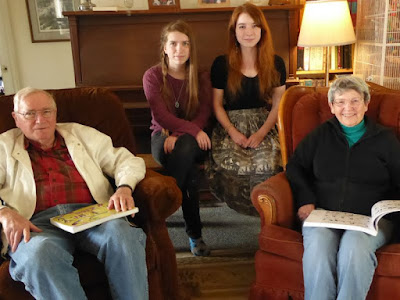 So that, dear readers, accounts for my silence all these days. It was an absolutely wonderful, wonderful week, and the blog simply took a back seat. Family came first.
Posted by Patrice Lewis at 7:03 PM