Now that the snow conditions have stabilized -- all our trails are blazed, the roads are plowed, and paths are shoveled to the barn, chicken coop, and shop -- we can start enjoying the scenery.

I'm guessing we received about 30+ inches of snow in one week. I beat a trail around the perimeter of one of our pastures on snowshoes, which makes taking Mr. Darcy out for his walks much easier. 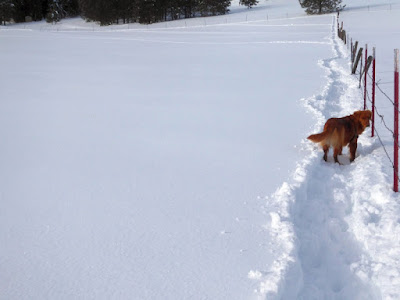 My paths are just along the fence lines. Mr. Darcy's paths are everywhere else. 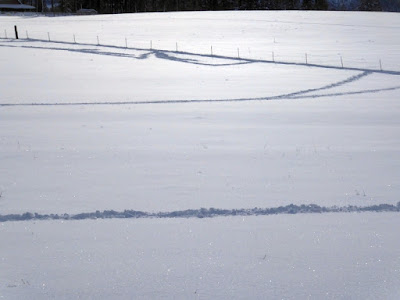 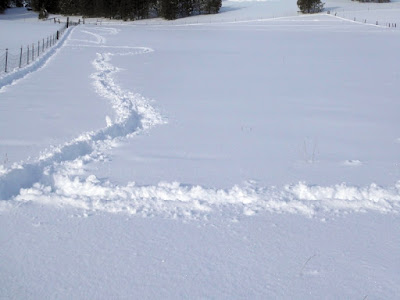 When he's not following my snowshoe path, he has to LEAP and bound through the deep snow, which makes him very tired very quickly. 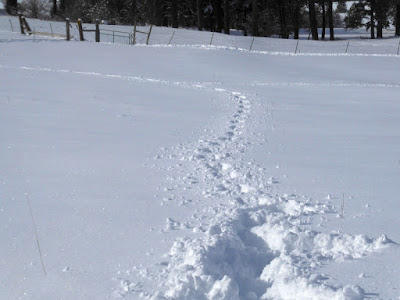 Notice no vegetation is poking up, except in rare instances. Everything is buried. 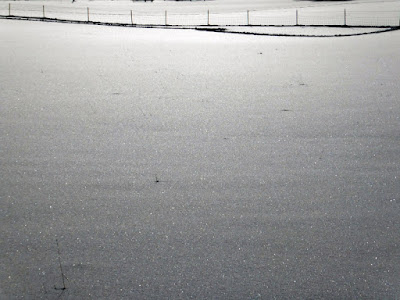 Yesterday morning we had another snow dump, unbelievably heavy. We got about four inches in one hour, enough to convince everyone to postpone the neighborhood potluck (it was our turn to host) until next week. 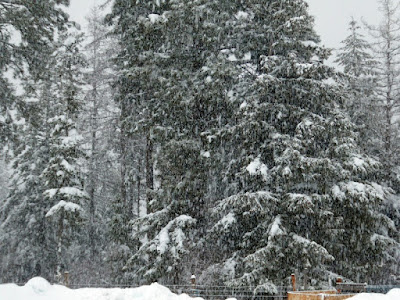 Sometimes it's just better to curl up and watch the weather than to try and drive in it. 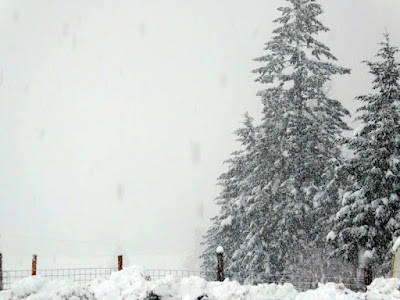 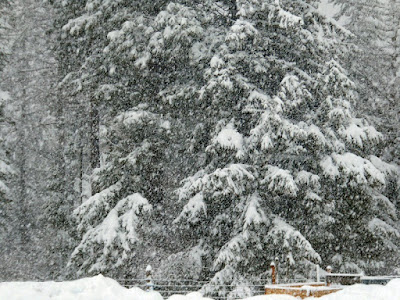 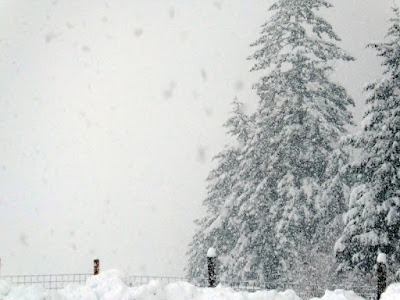 Here's an Oregon junco sitting on a snow-covered branch. I did manage to buy some birdseed, so I feel better knowing these little ones have full bellies. Hard to find food when it's buried under 30 inches of snow. 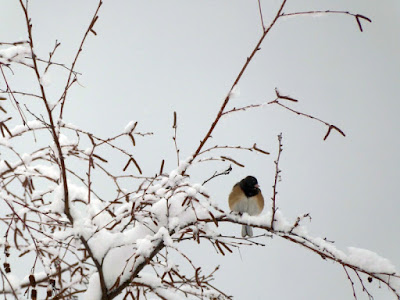 Early this morning we had a rare bit of sunshine peeking through fog, which resulted in a glorious display. 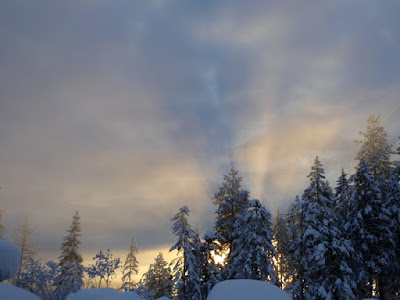 The camera couldn't do justice to the sun rays. 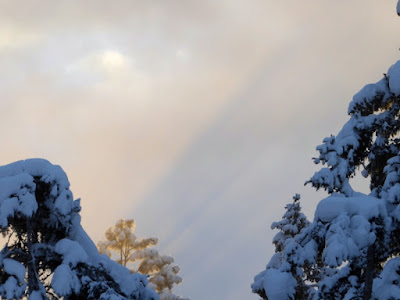 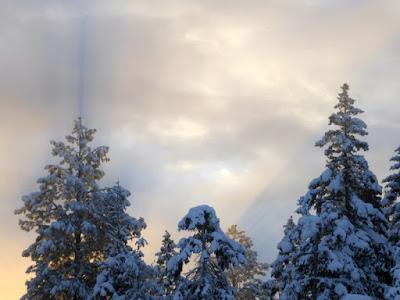 Yes, we live in a pretty place. 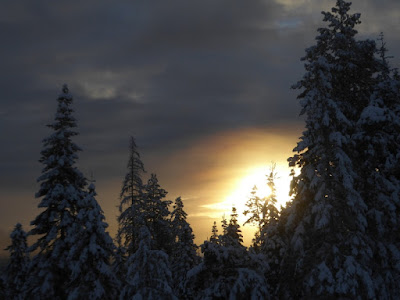 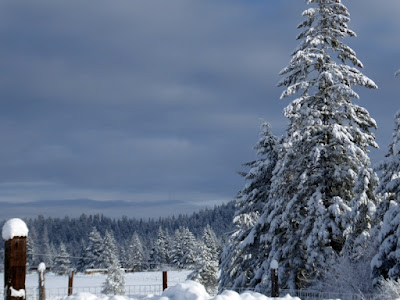