Yet another missive from Robert....

If you recall, last week a liberal reader named Robert emailed me about my WND column ("The nightmare before Christmas").

Well, he's baaaaAAAAAaaack. I assure you, dear readers, I've had nine years of Robert's emails, and I finally decided they're too good not to share.

So first, please go read this weekend's WND column entitled "Come in from the cold." 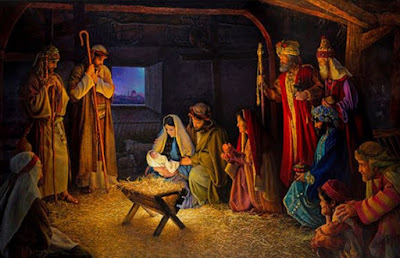 Merry Christmas to you and your family, Patrice ! I’m an agnostic, not an atheist, but I’ve never been a Christian . I’m a non-observant secular Jew . But how can you speak for atheists ? How do you know they feel “empty” inside “ ? I can’t see into your mind or the mind of anyone else, so how can you see into the

minds of atheists ? Why do you assume they feel a “keen ache” because they don’t believe in a a God ? What makes you think atheists “hate” God, something they don’t even believe in ? This is like saying the Japanese “hate “ Godzilla because of the terrible things he did to their country !

I don’t think atheists are any more “unhappy “ than believers . And you don’t need Christianity and the Bible or the 10 Commandments to be a good and moral person . Obviously ,people should not commit murder , steal, cheat and lie . These are universally condemned by all religions and

I know many atheists, and they are some of the nicest, kindest, most generous and caring people you could ever imagine . They don’t need an ancient book to be good people . And please, enough from you conservatives about the alleged “war against Christmas “. This is an urban legend .

No one is being persecuted for this . Well, a handful of businesses have told employees to say “Happy Holidays “ instead of Merry Christmas, but this is silly and doesn’t prove the existence of a “war on Christmas “ . The thing that offends u liberals is the way the Trump administration is

planning to deprive millions of Americans of health care , welfare , social security , medicare , food stamps etc . The people who receive these things are not “lazy bums “ trying to “sponge off the government “. They are children, seriously ill ones , elderly ,[poor and frail

people, people out of work through no fault of their own and struggling to provide for their families etc . Tell me, is what Trump and his cronies trying to do in any way “Christian ?”

I sincerely wish Robert the peace of Christ this Christmas. Sounds like he needs it.
Posted by Patrice Lewis at 10:38 AM